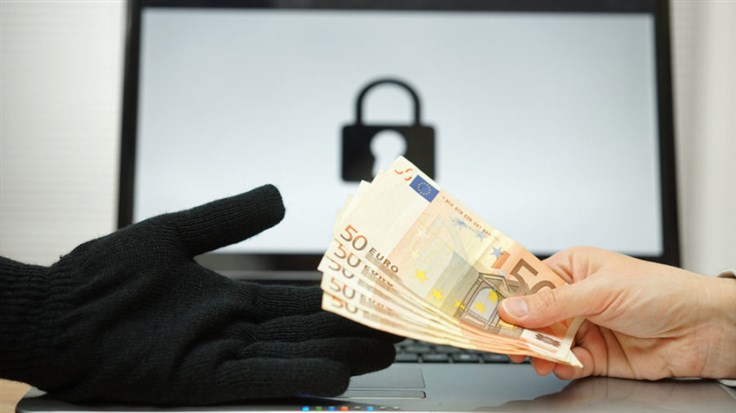 2022 is shaping up to be another banner year for ransomware, which continued to dominate the threat landscape in Q2.

Ransomware has given security professionals a headache for the better part of a decade. Fast forward to 2022, and the headache has become a migraine—not just for IT teams but business owners, employees, and customers as well. Over the last three months, ransomware gangs have increased the pressure by multiplying in number and unleashing targeted attacks on vulnerable industries, with disruptions to business operations, million-dollar ransom demands, data exfiltration, and extortion.

The supply chain, already stretched to a breaking point, suffered additional misfortunes across multiple industries, from agriculture and manufacturing to technology and utilities. Governments, nonprofits, and schools—some forced to close their doors—didn’t escape unscathed. And the carnage was not confined to US borders, though it was by far the most affected country. Germany, the UK, and Italy also registered high ransomware tallies.

To understand how we got here, let’s first take a closer look at recent statistics on the top ransomware variants, countries and industries attacked. Next, we’ll evaluate noteworthy attacks month-by-month before discussing whether it’s worth paying the ransom in today’s climate. In addition, we’ll examine current trends to deduce what businesses might expect from ransomware authors in the months to come. Finally, we’ll review mitigation tactics that businesses of all sizes can adopt to keep ransomware at bay.

LockBit was the most widely-distributed ransomware in March, April, and May 2022, and its total of 263 spring attacks was more than double the number of Conti, the variant in second place. However, the Conti gang suffered severe setbacks in the wake of its public declaration of support for Russia and subsequent data leaks of its source code, and the group quietly dismantled operations while keeping up appearances. Three groups alleged to be linked to Conti’s disbandment—Black Basta, ALPHV, and Hive—eventually overtook Conti in ransomware distribution by the end of May.

Here's how the top variants ranked by total number of spring incidents:

*Black Basta launched in April, so its tally is one month less than the others.

The United States was by far the most attacked country this spring, with 290 reported ransomware events. Its cyberattack count far surpassed the next two highest countries (Germany and the UK) combined, with the former reporting 48 ransomware incidents and the latter 41.

Here are the top five countries impacted by ransomware this spring:

Perhaps it might be easier to create a list of industries that weren’t impacted by ransomware in Q2. Services—a catch-all term encompassing service-providing sectors such as transportation, travel, finance, health, education, information, government, and a myriad of other industries—was targeted the most by cybercriminals. However, in a clear bid for the supply chain jugular, threat actors also zeroed in on manufacturing, technology, utilities (including oil), and agriculture.

In fact, the FBI warned the food and agriculture sector (specifically farmers’ co-ops) this April about potential ransomware attacks during critical planting and harvesting seasons that could result in operational disruptions to the supply chain, which could then lead to food shortages. The previous month, HP Hood Dairy suffered a ransomware attack, which was likely behind its Lactaid brand going missing from shelves in early April.

Here's how the top five industries ranked by number of ransomware attacks this spring:

March was a chaotic month featuring headline-grabbing attacks on tech giants Microsoft and Samsung, as well as automotive titan Toyota, which was forced to halt production across its Japanese plants after a key supplier was compromised. Lapsus$, the criminal enterprise behind Samsung’s infiltration, leaked 190 GB of data and source code reportedly from the Galaxy smart phone, as well as confidential information from Qualcomm.

The most active ransomware variant was LockBit, which registered 97 attacks in March alone, including a hit on tire company Bridgestone Americas that caused the organization to disconnect many of its Latin and North American manufacturing and retreading facilities from the corporate network.

Hive ransomware, a RaaS launched in June 2021, was also busy in March. The group attacked Romania’s petroleum provider, demanding a multi-million dollar ransom and forcing the company to shut down its websites and Fill&Go services at gas stations. Hive also compromised a California healthcare nonprofit later in the month.

April stood out as the month when three new dangerous RaaS variants, thought to be Conti-affiliated were introduced: Onyx, Mindware, and Black Basta. Conti still had some bite left, however, with 43 reported attacks that month. Among them were industrial giant Parker Hannifin and American automotive tools manufacturer Snap-on, as well as Panasonic’s Canadian operations, from which Conti claimed to have stolen 2.8 GB of data.

Newcomer Black Basta, who carried out 11 attacks in April, made headlines when it compromised German wind turbine company Deutsche Windtechnik and the American Dental Association, which was forced to take affected systems offline. The organization suffered disruptions to online services, telephones, email, and webchat, as well as personal data leaked on its members.

Onyx ransomware, meanwhile, launched with only six attacks in April, but they were deadly. The malware doesn’t just lock up systems and data—it destroys any file larger than 2 MB. Mindware also made a splashy April debut with double extortion threats and 13 attacks, including a Minnesota-based mental health provider from which it pilfered sensitive patient information.

The award for most data stolen in April goes to the Stormous criminal gang, who bragged about an assault resulting in 161 GBs exfiltrated from Coca-Cola without the company knowing. Reports say the Russian-linked threat actors later put it up for sale for 16 million Bitcoin or $640,000.

To add insult to injury, REvil (aka Sodonokibi) appeared to return in April with new payloads and a fresh leak blog featuring a mixture of recent and old victims. The threat actors have been linked to numerous high-profile ransomware incidents, including arguably the biggest ransomware attack of all time—a supply-chain hit on Kaseya in July 2021 believed to have affected over 1,000 businesses.

In May, government and education were some of the hardest hit verticals, while attacks on Indian airline SpiceJet and farming equipment maker AGCO made the most headlines globally. Black Basta was reportedly behind the AGCO infiltration, which disrupted production of harvesters, tractors, and other business operations. The Austrian state of Carinthia also made the news when the BlackCat gang disrupted their systems and demanded a ransom of $5 million.

Despite strong evidence of a slow-down in activity—just 12 reported incidents in May—Conti made a showy display with a massive, sustained attack against Costa Rica that resulted in its new president declaring a state of emergency on May 8. On the same day, an inflammatory message appeared on the group’s leak site alongside 672 GB of stolen data. In response, the US Department of State offered a $10 million reward for information leading to individuals holding key leadership positions within Conti.

In other May government attacks, the town of Quincy, Massachusetts, had its information service systems compromised. They paid $500,000 for a decryption key and an additional $150,000 for security consultants to assist with the investigation. A ransomware attack in New Jersey’s Somerset County disrupted services and forced employees to shut down computers and create temporary Gmail accounts to ensure the public could still email key departments. The attack marked the 22nd US state or local government to be hit by ransomware in 2022, according to analysts at Recorded Future.

In education, several colleges and K–12 districts were crippled by ransomware. Kellogg Community College in Michigan was forced to cancel classes and close campuses due to a ransomware attack. On May 13, Lincoln College in Illinois permanently closed its doors after 157 years due to the combined effects of the pandemic and a major ransomware incident—a first in ransomware history.

Not to be outdone, LockBit set a steady pace in May with 73 attacks. Thought to have strong ties with Russia, the cybercriminals compromised the Bulgarian Refugee Agency and threatened to release sensitive files. Nearly 230,000 Ukrainian refugees have entered Bulgaria since the start of the war. LockBit was also behind May strikes against electronics manufacturer Foxcomm, the Rio de Janeiro finance department, and one of the largest library services in Germany.

In recent months, cybercriminals have upped the ransomware ante with further developments in functionality, sophistication, and distribution techniques. As a combined result of the increase in big game hunting (BGH) and remote/hybrid work, threat actors have been encountering ever more complex security infrastructures and a wider variety of devices and platforms.

To penetrate and encrypt as many systems as possible, some threat groups have started writing ransomware code using cross-platform programming languages like Python, Rust, or Golang. This allows the malware to run on different combinations of operating systems and architectures. Both BlackCat and Conti affiliates have been observed distributing versions of their variants for Linux as well as Windows. Developing in a cross-platform language also makes analyzing the malware more difficult for security researchers.

In attack methods, ransomware authors—while still favoring good old-fashioned social engineering—have started backing away from phishing emails and leaning toward exploiting server, software, and operating system vulnerabilities instead. In fact, unpatched vulnerabilities are now the primary vector for ransomware attacks, according to a report by IT software company Ivanti.

What do these trends mean for the year ahead? Cross-platform ransomware has the potential to infect even more systems, some (like Linux) that lack robust anti-ransomware protections. Coding ransomware in this way could eventually take down all endpoints, including IoT and personal devices, in a single blow, rendering recovery operations incredibly difficult—if not outright impossible. Automatic data backups to offsite and/or segmented servers will be key in keeping businesses operational in case of breach.

Meanwhile, ransomware operators are moving to swiftly weaponize vulnerabilities. The average time to exploit is now within eight days of the vulnerability being published by a vendor. That means organizations will need to prioritize patching vulnerabilities associated with ransomware, as well as according to criticality and against their own risk appetites.

To pay or not to pay

As ransomware attacks have evolved in sophistication and impact, so too have their ransom demands. Ransoms were 36 percent higher in 2021 than in 2020 at an average of $6.1 million. Yet by spring of 2022, many ransomware authors had whittled away at any sense of trust businesses might have had that by paying the ransom, they’ll receive what’s promised.

In 2020, gangs such as Conti, REvil, and Maze published stolen data even if the ransom was paid. Others took the ransom and never returned the files. By 2021, only 8 percent of those who paid the ransom actually got their files back. At that point, 83 percent of successful attacks featured double or triple extortion schemes. According to a Proofpoint study, 60 percent of participants who opted to negotiate with their attackers ended up having to pay ransom more than once.

By spring 2022, ransomware gangs showed no sense of responsibility toward their victims. RaaS operations, which now dominate the ransomware landscape, tend to be short-lived (therefore reputation isn’t important), and renegade affiliates often fail to follow their operator’s directions. When ransom demands bust the budget, data is not returned or is leaked regardless, and paying up puts a target on your back, it’s probably best to pocket the millions and get to work on mitigations.

To stave off potential future attacks—especially in an era of political and economical instability—the following actions are recommended:

For ransomware reviews by the Malwarebytes Threat Intel team, check out the following:

Be ready and resilient in advance of ransomware attacks. Learn more.

Malwarebytes’ CEO Marcin Kleczynski started the Byte into Security newsletter to provide readers with candid takeaways—and practical solutions—for the most pressing security topics of the day.Subscribe to get the CEO perspective sent straight to your inbox!