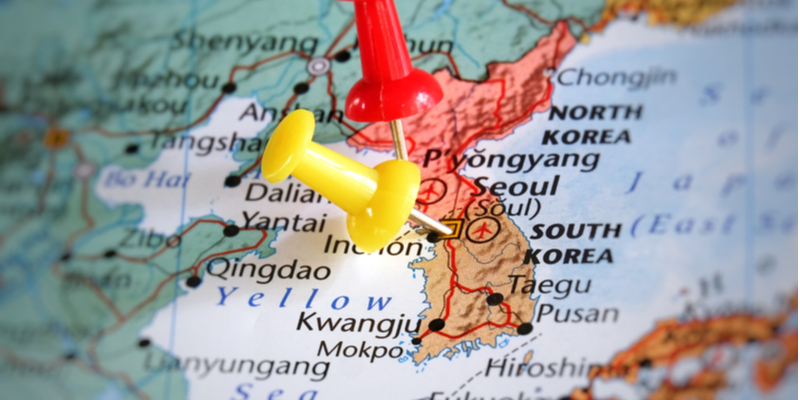 On December 7 2020 we identified a malicious document uploaded to Virus Total which was purporting to be a meeting request likely used to target the government of South Korea. The meeting date mentioned in the document was 23 Jan 2020, which aligns with the document compilation time of 27 Jan 2020, indicating that this attack took place almost a year ago.

The file contains an embedded macro that uses a VBA self decoding technique to decode itself within the memory spaces of Microsoft Office without writing to the disk. It then embeds a variant of the RokRat into Notepad.

Based on the injected payload, we believe that this sample is associated with APT37. This North Korean group is also known as ScarCruft, Reaper and Group123 and has been active since at least 2012, primarily targeting victims in South Korea.

In the past, this APT has relied on Hangul Office documents (hwp files) to target victims, as it's software that's commonly used in South Korea. However, in this blog we describe an interesting alternative method, delivered via self-decoding VBA Office files. To the best of our knowledge, this is a first for this APT group.

The actor used the VBA self-decoding concept in its macro that was first introduced in 2016. A malicious macro is encoded within another that is then decoded and executed dynamically.

We can consider this technique an unpacker stub, which is executed upon opening the document. This unpacker stub unpacks the malicious macro and writes it into the memory of Microsoft Office without being written to disk. This can easily bypass several security mechanisms.

Figure 3 shows the macro used by this document. This macro starts by calling the "ljojijbjs" function, and based on the results will take different paths for execution.

Microsoft by default disables the dynamic execution of the macro, and if an attacker needs to execute one dynamically—which is the case here—the threat actor needs to bypass the VB object model (VBOM) by modifying its registry value.

To check if it can bypass the VBOM, it looks to see if the VBOM can be accessed or not. The "ljojijbjs" function is used for this purpose and checks read access to the VBProject.VBComponent. If it triggers an exception, it means the VBOM needs to be bypassed (IF clause). If there is no exception, it means the VBOM is already bypassed and VBA can extract its macro dynamically (Else clause).

"fngjksnhokdnfd" is called with one parameter to bypass VBOM. This function sets the VBOM registry key to one.

After bypassing VBOM, it calls another function which creates a Mutex in the victims's machine by calling CreateMutexA API call and names it "mutexname". This has been used by the actor to make sure it infects the victim only once.

Finally, in order to perform the self-decoding process, it needs to open itself by creating a new Application object and load the current document in it in invisible mode.

If VBOM is already bypassed, The function Init is called and generates the malicious macro content in obfuscated format.

In the next step, this obfuscated macro is passed to "eviwbejfkaksd" to be de-obfuscated and then executed into memory.

To de-obfuscate the macro, two string arrays have been defined:

A loop has been defined to de-obfuscate the macro. For each iteration it takes a character in the obfuscated macro and looks for its index in StringEncoded. When it finds its index, it looks for its equivalent index in StringOriginal, takes that character from it and adds it to the new macro. As an example "gm* bf" as encoded macro will be decoded to "Option".

Following this process gives us the final macro that will be executed in the memory space of Microsoft Office. In order to execute this decoded macro, it creates a module and writes into it before calling its main function to execute the macro.

The shellcode injected into Notepad.exe downloads an encrypted payload from http://bit[.]ly/2Np1enh which is redirected to a Google drive link.

Downloaded payload is a variant of a cloud-based RAT known as RokRat which has been used by this group since 2017. This sample compilation date is 29 Oct 2019. This RAT is known to steal data from a victim's machine and send them to cloud services (Pcloud, Dropbox, Box, Yandex).

Similar to its previous variants, it uses several anti-analysis techniques to make sure it is not running in an analysis environment. Here are some of the checks:

This RAT has the following capabilities:

For more detailed analysis of this RAT you can refer to the reports from NCC Group and Cisco Talos.

The primary initial infection vector used by APT37 is spear phishing, in which the actor sends an email to a target that is weaponized with a malicious document. The case we analyzed is one of the few where they did not use Hwp files (Hangul Office) as their phish documents and instead used Microsoft Office documents weaponized with a self decode macro. That technique is a clever choice that can bypass several static detection mechanisms and hide the main intent of a malicious document.

The final payload used by this threat actor is a known custom RAT (RokRat) that the group has used in previous campaigns. In the past, RokRat has been injected into cmd.exe, whereas here they chose Notepad.exe.