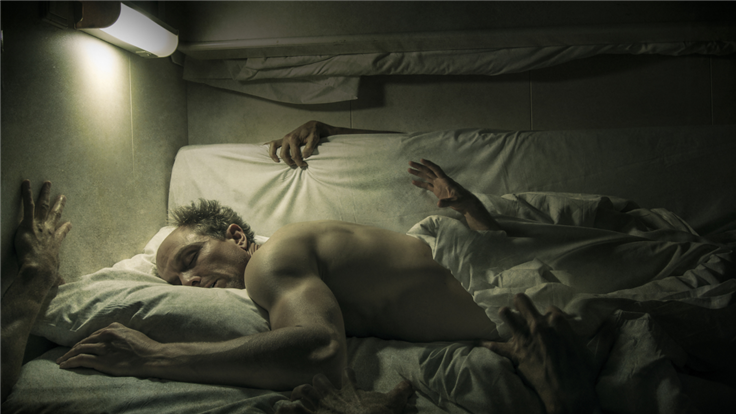 Last week we wrote about PrintNightmare, a vulnerability that was supposed to be patched but wasn't. After June's Patch Tuesday, researchers found that the patch did not work in every case, most notably on modern domain controllers. Yesterday, Microsoft issued a set of out-of-band patches that sets that aims to set that right by fixing the Windows Print Spooler Remote Code Execution vulnerability listed as CVE-2021-34527.

For Microsoft to publish an out-of-band patch a week before July's Patch Tuesday shows just how serious the problem is.

PrintNightmare allows a standard user on a Windows network to execute arbitrary code on an affected machine, and to elevate their privileges as far as domain admin, by feeding a vulnerable machine a malicious printer driver. The problem was exacerbated by confusion around whether PrintNightmare was a known, patched problem or an entirely new problem. In the event it turned out to be a bit of both.

However, the installation of the Domain Controller (DC) role adds a thread to the spooler service that is responsible for removing stale print queue objects. If the spooler service is not running on at least one domain controller in each site, then Active Directory has no means to remove old queues that no longer exist.

So, many organizations were forced to keep the Print Spooler service enabled on some domain controllers, leaving them at risk to attacks using this vulnerability.

Depending on the Windows version the patch will be offered as:

The updates are cumulative and contain all previous fixes as well as protections for CVE-2021-1675.

Not a complete fix

It is important to note that these patches and updates only tackle the remote code execution (RCE) part of the vulnerability. Several researchers have confirmed that the local privilege escalation (LPE) vector still works. This means that threat actors and already active malware can still locally exploit the vulnerability to gain SYSTEM privileges.

Microsoft recommends that you install this update immediately on all supported Windows client and server operating systems, starting with devices that currently host the print server role. You also have the option to configure the RestrictDriverInstallationToAdministrators registry setting to prevent non-administrators from installing signed printer drivers on a print server. See KB5005010 for more details.

“The attack vector and protections in CVE-2021-34527 reside in the code path that installs a printer driver to a Server. The workflow used to install a printer driver from a trusted print server on a client computer uses a different path. In summary, protections in CVE-2021-34527 including the RestrictDriverInstallationToAdministrators registry key do not impact this scenario.”

CISA encourages users and administrators to review the Microsoft Security Updates as well as CERT/CC Vulnerability Note VU #383432 and apply the necessary updates or workarounds.

Impact of the updates

So, the vulnerability lies in the normal procedure that allows users to install a printer driver on a server. A printer driver is in essence an executable like any other. And allowing users to install an executable of their choice is asking for problems. Especially combined with a privilege escalation vulnerability that anyone can use to act with SYSTEM privileges. The updates, patches, and some of the workarounds are all designed to limit the possible executables since they need to be signed printer drivers.

For a detailed and insightful diagram that shows GPO settings and registry keys administrators can check whether their systems are vulnerable, have a look at this flow chart diagram, courtesy of Will Dormann.

Information for users that applied 0patch

It is worth mentioning for the users that applied the PrintNightmare micropatches by 0patch that according to 0patch it is better not to install the Microsoft patches. They posted on Twitter that the Microsoft patches that only fix the RCE part of the vulnerability disable the 0patch micropatch which fixes both the LPE and RCE parts of the vulnerability.

Only a little more than 12 hours after the release a researcher has found an exploit that works on a patched system under special circumstances. Benjamin Delpy showed an exploit working against a Windows Server 2019 that had installed the out-of-band patch. In a demo Delpy shows that the update fails to fix vulnerable systems that use certain settings for a feature called point and print, which makes it easier for network users to obtain the printer drivers they need.

In Microsoft's defense the advisory for CVE-2021-34527 contains a note in the FAQ stating that:

Point and Print is not directly related to this vulnerability, but certain configurations make systems vulnerable to exploitation.

The Cybersecurity and Infrastructure Security Agency’s (CISA) has issued Emergency Directive 21-04, “Mitigate Windows Print Spooler Service Vulnerability” because it is aware of active exploitation, by multiple threat actors, of the PrintNightmare vulnerability.

CISA has determined that this vulnerability poses an unacceptable risk to Federal Civilian Executive Branch agencies and requires emergency action. The actions CISA lists are required actions for the agencies. The determination that these actions are necessary is based on the current exploitation of this vulnerability by threat actors in the wild, the likelihood of further exploitation of the vulnerability, the prevalence of the affected software in the federal enterprise, and the high potential for a compromise of agency information systems. Exploitation of the vulnerability allows an attacker to remotely execute code with system level privileges enabling a threat actor to quickly compromise the entire identity infrastructure of a targeted organization.

Microsoft has released a security update that will make admin rights required before using the Windows Point and Print feature. Since Point and Print ran with SYSTEM privileges, the feature effectively provided threat actors with an easy way to gain admin rights inside any large corporate or government network.