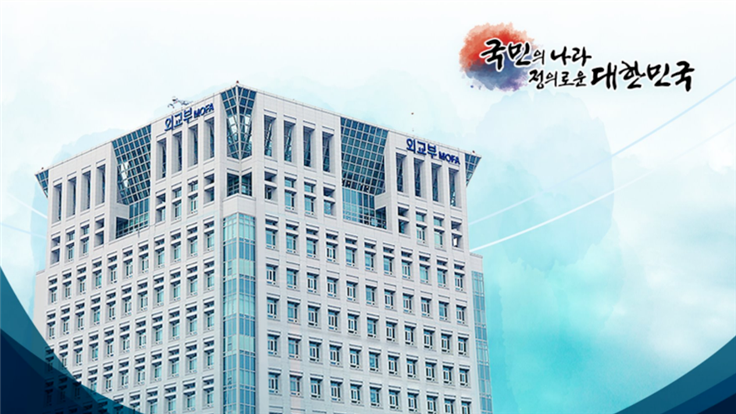 Kimsuky, the North Korean threat actor active since 2012, is still targeting the South Korean government. We take a look at the phishing infrastructure and command and control mechanisms of this APT.

The Kimsuky APT—also known as Thallium, Black Banshee, and Velvet Chollima—is a North Korean threat actor that has been active since 2012. The group conducts cyber espionage operations to target government entities mainly in South Korea. On December 2020, KISA (Korean Internet & Security Agency) provided a detailed analysis about the phishing infrastructure and TTPs used by Kimsuky to target South Korea.

The Malwarebytes Threat Intelligence team is actively monitoring this actor and has been able to spot phishing websites, malicious documents, and scripts that have been used to target high profile people within the government of South Korea. The structure and TTPs used in these recent activities align with what has been reported in KISA's report.

One of the lures used by Kimsuky named "외교부 가판 2021-05-07" in Korean language translates to "Ministry of Foreign Affairs Edition 2021-05-07" which indicates that it has been designed to target the Ministry of Foreign Affairs of South Korea. According to our collected data, we have identified that it is one entity of high interest for Kimsuky. Other targets associated with the Korean government include:

Beside targeting government, we also have observed that Kimsuky collected information about universities and companies in South Korea including the Seoul National University and Daishin financial security company as well as KISA. This does not mean the threat actors actively targeted them yet nor that they were compromised.

The group has the capability to set up phishing infrastructure to mimic well known websites and trick victims to enter their credentials. This is one of the main methods used by this actor to collect email addresses that later will be used to send spearphishing emails. The group is still using similar phishing models previously mentioned in the KISA report with some small changes.

As an example, they have added the Mobile_detect and Anti_IPs modules from type B to type C (KISA report) in order to be able to detect mobile devices and adjust the view based on that. This phishing model has the capability to show phishing pages in English or Korean based on the parameter value received from the phishing email. This model has been deployed by Kimsuky to target not only Korean speaking victims but also English speaking people, as well.

We have observed that they developed different phishing techniques to mimic the following web services and steal credentials:

We have identified several URLs used by Kimsuky to host their phishing infrastructure:

The group has used Twitter accounts to find and monitor its targets to prepare well crafted spear phishing emails. The group also is using Gmail accounts to use for phishing attacks or registering domains. One of the Gmail accounts used by this actor is " tjkim1991@gmail[.]com" which was used to register the following domains:

They were registered on April 3 and we believe have been reserved to be used for future campaigns. Pivoting from these domains, we were able to uncover the infrastructure used by this actor. Some of it has overlap with previously reported campaigns operated by Kimsuky.

Here are some of IPs and domains used by the actor for C2 communications:

Analysis of the most recent AppleSeed attack

In this section we provide an analysis of the AppleSeed backdoor that has been used to target the Ministry of the Foreign Affairs of South Korea.

The actor has distributed its dropper embedded in an archive file (외교부 가판 2021-05-07.zip) as an attachment through spearphishing emails. The target email addresses have been collected using the actor email phishing campaigns we described in the previous section. The actor conducted this spearphishing attack on May 7, 2021.

The archive file contains a JavaScript file (외교부 가판 2021-05-07.pdf.jse) which pretends to be a PDF file that contains two Base64 encoded blobs. The first one is the content of the decoy PDF file in Base64 format and the other one contains the AppleSeed payload also in Base64 format (encoded twice).

After decoding the PDF and AppleSeed payload, the content gets written into the ProgramData directory. At the end, the decoy PDF file is opened by calling Wscript.Shell.Run and the AppleSeed payload executed through PowerShell by calling regsvr32.exe. Calling regsvr32.exe to run a DLL registers it as a server that automatically calls the DLL export function that has been named DllRegisterServer.

The dropped payload is a DLL file that has been packed using the UPX packer. The unpacked sample is highly obfuscated and important API calls and strings have been encrypted using a custom encryption algorithm. The encrypted version of the strings and API calls are in hex ASCII format. Whenever in the code the malware needs to use a string, it takes the encrypted string and passes it into two functions to decrypt it.

The first function "string_decryptor_prep" gets the encrypted string and then prepares a custom data structure that has four elements:

The second function "string_decryptor" gets the created data structure in the previous function and then decrypts the string and puts it in the same data structure.

The decryptor function first convert the input string in hex ascii format to binary by calling the hexascii_to_binary function on each two ascii characters (i.e. c3, 42, b1, 1d... in example 1). The first 16 bytes of in the input is then used as the key and the remainder is the actual value that gets decrypted in 16 byte chunks (i.e. ed, d5, 0d, 60).
Decryption is a simple xor operation of key[i] ^ string[i-1] ^ string[i] (For the first character string_to_be_decrypted[i-1] is set to zero).

Most of the important API calls resolve dynamically during the run time using "string_decryptor" function. (288 API calls have been resolved dynamically.)

The AppleSeed payload has an export function named "DllRegisterServer" which will be called when the DLL is executed using RegSvr32.exe. DllRegisterServer has a function that is responsible for performing the DLL initialization and setup that includes the following steps:

In the next step it creates a Mutex to make sure it only infects a victim once.

After creating that mutex, it checks if the current process has the right access privilege by calling GetTokenInformation API call and if it does not have the right privilege, it tries to escalate its privilege using AdjustTokenPrivilege by passing SeDebugPrivilege to it to gain system level privilege.

At the end it performs its main functionalities in separate threads. All the the collected data in each thread is being zipped and encrypted and is being sent to the command and control server using HTTP POST requests in a separate thread. After sending the data to the server, the data is deleted from the victim's machine.
The ApppleSeed payload is using RC4 for encryption and decryption of the data. To generate RC4 key, it creates a Random buffer of 117 bytes by Calling CryptGenRandom and then uses CryptCreateHash and CryptHashData to adds the buffer into a MD5 hash object. Then it calls CryptDeriveKey to generate the RC4 key.
The created 117 bytes buffer is encrypted using RSA algorithm and is sent to the sever along with RC4 encrypted data. The RSA key is in hex ASCII format and has been decrypted using "string_decryptor" function.

The keylogger function uses GetKeyState and GetKeyboardState to capture the pressed keys on the victim's machine and logs all keys per process into the log.txt file.

This module takes screenshots by calling the following sequence of API calls and writes them to files: GetDesktopWindow, GetDC, CreateCompstibleDC, CreateCompatibleBitmap, Bitblt and GetDIBits and then writes them into a file using CreateFileW and WriteFile.

This module finds the removable media devices connected to the machine and collects its data before sending it to the command and control server. To identify a USB drive it calls CM_Get_Device_IDW to retrieve the device instance ID that would be in format "<device-ID>\<instance-specific-ID>" and then checks if it contains USB string value.

This thread looks for txt, ppt, hwp, pdf, and doc files in the Desktop, Documents, Downloads and AppData\Local\Microsoft\Windows\INetCache\IE directories and archives them to be ready to be exfiltrated to the server.

The AppleSeed backdoor is using a two layer command structure to communicate to its command and control server. Here is the URL pattern used for C&C communications:

Command layer one defines the type of command that server expected to be executed on the victim and it can have one of the following values:

Command layer 2 is only for when the command layer 1 is in upload data mode (c) and defines the type of upload. It can have one of the following values:

Kimsuky is one of North Korea's threat actors that has mainly targeted South Korean government entities. In this blog post we took a look at this group's activities including its phishing infrastructure and command and control mechanisms. Our research has shown that the group is still using a similar infrastructure and TTPs as reported on December 2020 by KISA. Its most recent campaign targeted the ministry of foreign affairs using the Apple Seed backdoor.