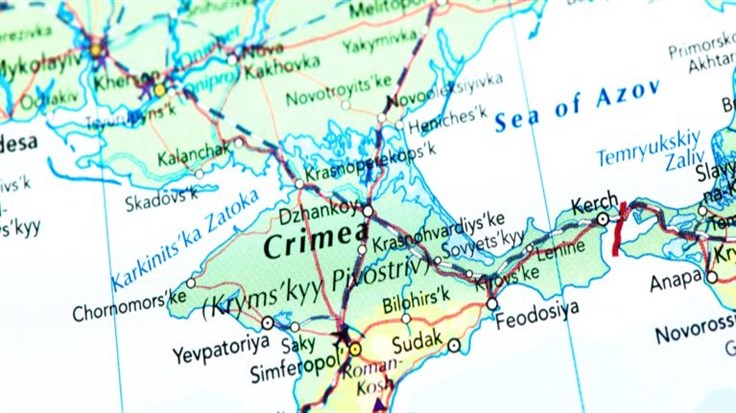 A Crimean "manifesto" hides an attack that infects victims with a VBA Rat, which we also found being deployed through a separate exploit.

On July 21, 2021, we identified a suspicious document named "Манифест.docx" ("Manifest.docx") that downloads and executes two templates: one is macro-enabled and the other is an html object that contains an Internet Explorer exploit.

While both techniques rely on template injection to drop a full-featured Remote Access Trojan, the IE exploit (CVE-2021-26411) previously used by the Lazarus APT is an unusual discovery. The attackers may have wanted to combine a social engineering technique with a known exploit to maximize their chances of infecting targets.

We also uncovered a panel used by the threat actor nicknamed "Ekipa" which seems to be a slang for "equipment". Victims are tracked and statistics include whether the IE exploit was successful or not.

We could not determine who might be behind this attack based on the techniques alone, but a decoy document displayed to victims may give some clues. It contains a statement from a group associating with Andrey Sergeevich Portyko and opposed to Putin's policies on the Crimean peninsula.

By looking closer at the remote template embedded in settings.xml.rels we noticed that it contains a full featured VBA Rat that performs the following actions:

The second template is embedded in Document.xml.rels and is loaded into the document. Looking at the loaded code we noticed that it contains an IE Exploit (CVE-2021-26411) that was once used by Lazarus APT to target security researchers working on vulnerability disclosure, as reported by the threat research teams at Google and Microsoft. The shell-code executed using this exploit deploys the same VBA Rat that was loaded using remote template injection.

After loading the remote templates the malicious document loads a decoy document in Russian which is pretty interesting. The decoy document is a statement from a group within Crimea that voices opposition to Russia and specifically Putin's policies against that peninsula. In the following, you can see this statement in both Russian and English language.

The malicious document ("Манифест.docx") contains two templates in settings.xml.rels and document.xml.rels. The remote template that is located in settings.xml.rels downloads a macro weaponized template and loads it into current document. This remote template contains a macro code with full-featured Rat functionality. We provide the analysis of this VBA Rat in the next section.

The second template is embedded in document.xml.rels and will be loaded in an object in the main document. This template contains an exploit code for CVE-2021-26411.

This exploit code used by this remote template is almost similar to what has been reported by ENKI security firm.

The shell-code executed by this exploit deploys the same VBA Rat that is also loaded using the remote template embedded in settings.xml.rels. In fact, the actor tries to deploy its VBA Rat using two different methods.
The shell-code is very simple and performs the following actions. The shell-code is written in the AutoHotKey scripting language and all of its actions are executed using SendInput API call.

The remote template contains Document_Open and Document_Close which are activated upon opening and closing the document.

The Document_open function checks if the active document has the docx extension and if that is the case it shows the hidden content (decoy content). Then, if the active document name is "_.dotm" (this is the case when the machine is already infected with this Rat), it calls "ConnectCP" function. The ConnectCP function is responsible for collecting victim's info by calling the following functions as well as a value named "cve" in CustomDocumentProperties (this value is being set during the first execution of this document).

After collecting data, it converts it into a json format by using the JsonConvertor function. The collected data later is used by the SCI function to be sent to the server and receive commands.

If the active document name is not "_.dotm" (The machine has not been infected before with this VBA Rat), it calls a function named InstallFromExp after making sure it is not running within a Sandbox environment and its extension is dotm. The attacker checks the value of the following registry key and if the value is equal to one it won't execute the InstallFromExp.

The value one for this registry key means that all untrusted and trusted macros are allowed to run without any notification which usually is a default setting for sandbox environments to run macro embedded documents automatically.

InstallFromExp performs the basic initialization of this Rat which includes the following three actions:

InstallFromMacro performs initialization of the Rat which includes the following three actions:

This function base64 decodes the content from the skd variable that has been set in InstallFromMacro function and executes it using VirtualProtect and EnumWindows. In fact the content of the skd is a small shell-code that has been executed within the memory without being written into disk. The actor has used an interesting API call for ShellCode execution. Instead of using well known API calls for shell code execution which can easily get flagged by AV products such as VirtualAlloc, WriteProcessMemory, and CreateThread the actor has used EnumWindows to execute its shell-code.

The second argument of EnumWindows is an application-defined value to be passed to the callback function. By providing the address of the shell-code from VirtualProtect as second parameter to this function, it can execute the Shell-code.

The executed shell-code is very small and it just persists by creating a Scheduled task to execute it every minute:

Similar to the shell-code used in IE exploit, this shell-code is also written using AutoHotKey scripting language and it is using SendmessageA and SendInput to simulate keystrokes and perform its actions.

This is the main function of this VBA Rat that receives the command from the server in Json format and then parses the json file and executes the command. Each time this function can execute three tasks. This has probably been set to avoid making noise in network activities which might be detected by security products.

To receive the tasks from the server this function receives one argument which is a function named SCI. SCI function sends the collected data by ConnectCP function in json format in a HTTP POST request and receives the response from the server which includes the tasks that need to be executed in JSON format.

Here is the list of commands that can be executed by this Rat. After executing each task the results of task execution will be sent to server.

It gets each Drive information on the machine using Scripting.FileSystemObject.Drives object. It then creates a JSON object which includes the following key and values for each drive object:

This module receives a file from the server and writes it into specified file.

This function uses Kill function to delete the specified file or directory.

This function terminates the execution of the Rat and exits the application.

This function executes the received shell-code from the server using the same method used in AddTask function in which it has used VirtualProtect and EnumWindows to execute the shell-code.

This function resets the timer that is used to execute tasks every 10 minutes by calling EndTimer to kill the timer and then calling StartTimer to start a new timer.

We were able to access to the panel used by the attacker. The panel's main page includes the list of victims with some information about them including: IP address, date and time, NTLM, Windows version, Windows Architecture, Office version, Office architecture, IE version, Exploited (shows if the IE zero day was successful or not), Loader (shows if the VBA Rat successfully executed or not) and note.

The panel is written in PHP with a backed SQL database to store data. This install.php initializes the SQL database.

In this blog post we have analyzed an attack in which threat actors have used two different methods to infect their victims. Both techniques have been loaded by malicious documents using the template injection technique. The first template contains a url to download a remote template that has an embedded full-featured VBA Rat. This Rat has several different capabilities including downloading, uploading and executing files. The second template is an exploit for CVE-2021-26411 which executes a shell-code to deploy the same VBA Rat. The VBA Rat is not obfuscated but still has used some interesting techniques for shell-code injection.

As the conflict between Russia and Ukraine over Crimea continues, cyber attacks have been increasing as well. The decoy document contains a manifesto that shows a possible motive (Crimea) and target (Russian and pro-Russian individuals) behind this attack. However, it could also have been used as a false flag.