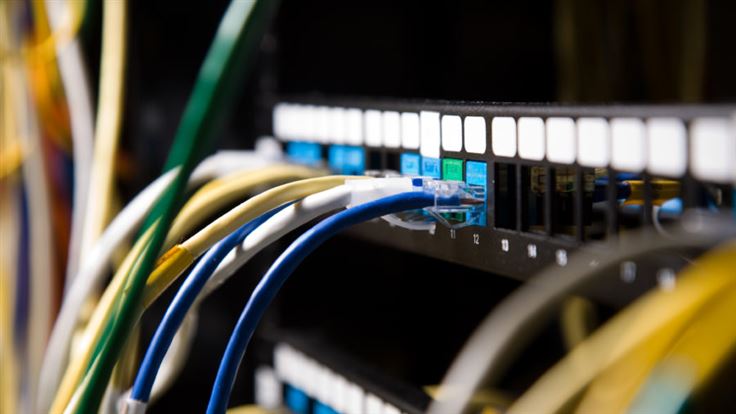 In late July 2021, we identified an ongoing spear phishing campaign pushing Konni Rat to target Russia. Konni was first observed in the wild in 2014 and has been potentially linked to the North Korean APT group named APT37.

We discovered two documents written in Russian language and weaponized with the same malicious macro. One of the lures is about the trade and economic issues between Russia and the Korean Peninsula. The other one is about a meeting of the intergovernmental Russian-Mongolian commission.

In this blog post we provide on overview of this campaign that uses two different UAC bypass techniques and clever obfuscation tricks to remain under the radar.

The following diagram shows the overall flow used by this actor to compromise victims. The malicious activity starts from a document that executes a macro followed by a chain of activities that finally deploys the Konni Rat.

We found two lures used by Konni APT. The first document "Economic relations.doc" contains a 12 page article that seems to have been published in 2010 with the title: "The regional economic contacts of Far East Russia with Korean States (2010s)". The second document is the outline of a meeting happening in Russia in 2021: "23th meeting of the intergovernmental Russian-Mongolian commission on Trade, Economic, scientific and technical operation".

These malicious documents used by Konni APT have been weaponized with the same simple but clever macro. It just uses a Shell function to execute a one-liner cmd command. This one liner command gets the current active document as input and looks for the "^var" string using findstr and then writes the content of the line staring from "var" into y.js. At the end it calls Wscript Shell function to executes the Java Script file (y.js).

The clever part is that the actor tried to hide its malicious JS which is the start of its main activities at the end of the document content and did not put it directly into the macro to avoid being detected by AV products as well as hiding its main intent from them.

The y.js file is being called with the active document as its argument. This javascript looks for two patterns encoded within the the active document and for each pattern at first it writes that content starting from the pattern into temp.txt file and then base 64 decodes it using its built-in base64 decoder function, function de(input), and finally writes the decoded content into the defined output.

The Powershell script (y.ps1), uses DllImport function to import URLDownloadToFile from urlmon.dll and WinExec from kernel32.dll. After importing the required functions it defines the following variabbles:

In the next step it calls URLDownloadToFile to download a cabinet file and stores it in the %APPDATA%Temp directory with the unique random name created by GetTempFileName. At the end it uses WinExec to execute a cmd command that calls expand to extract the content of cabinet file and delete the cabinet file. The y.ps1 is deleted at the end using Winexec.

This batch file checks if the command prompt is launched as administrator using net session > nul and if that is the case, it executes install.bat. If the user does not have the administrator privilege, it checks the OS version and if it is Windows 10 sets a variable named num to 4, otherwise it sets it to 1. It then executes xwtpui.dll using rundll32.exe by passing three parameters to it: EntryPoint (The export function of the DLL to be executed), num (the number that indicated the OS version) and install.bat.

the malware used by the attacker pretends to be the xmlprov Network Provisioning Service. This service manages XML configuration files on a domain basis for automatic network provisioning.
Install.bat is responsible to install xmlprov.dll as a service. To achieve this goal, it performs the following actions:

EntryPoint is the main export function of this dll. It starts its activities by resolving API calls. All the API call names are hard coded and the actor has not used any obfuscation techniques to hide them.

In the next step, it checks privilege level by calling the Check_Priviledge_Level function. This function performs the following actions and returns zero if the user does not have the right privilege or UAC is not disabled.

After checking the privilege level, it checks the parameter passed form check.bat that indicates the OS version and if the OS version is Windows 10 it uses a combination of a modified version of RPC UAC bypass reported by Google Project Zero and Parent PID Spoofing for UAC bypass while for other Windows versions it uses "Token Impersonation technique" technique to bypass UAC.

Calvary is a token impersonation/theft privilege escalation technique that impersonates the token of the Windows Update Standalone Installer process (wusa.exe) to spawn cmd.exe with highest privilege to execute install.bat. This technique is part of the US CIA toolsets leak known as Vault7.

The actor has used this method on its 2019 campaign as well. This UAC bypass starts by executing wusa.exe using ShellExecuteExw and gets its access token using NtOpenProcessToken. Then the access token of wusa.exe is duplicated using NtDuplicatetoken. The DesiredAccess parameter of this function specifies the requested access right for the new token. In this case the actor passed TOKEN_ALL_ACCESS as DesiredAccess value which indicates that the new token has the combination of all access rights of this current token. The duplicated token is then passed to ImpersonateLoggedOnUser and then a cmd instance is spawned using CreateProcessWithLogomW. At the end the duplicated token is assigned to the created thread using NtSetINformationThread to make it elevated.

The UAC bypass used for Windows 10 uses a combination of a modified version of RPC based UAC bypass reported by Google project Zero and Parent PID spoofing to bypass UAC. The process is as follows:

This is the final payload that has been deployed as a service using svchost.exe. This Rat is heavily obfuscated and is using multiple anti-analysis techniques. It has a custom section named "qwdfr0" which performs all the de-obfuscation process. This payload register itself as a service using its export function ServiceMain.

Even though this sample is heavily obfuscated its functionality has not changed much and it is similar to its previous version. It seems the actor just used a heavy obfuscation process to hinder all the security mechanisms. VirusTotal detection of this sample at the time of analysis was 3 which indicates that the actor was successful in using obfuscation and bypass most of the AV products.

This RAT has an encrypted configuration file "xmlprov.ini" which will be loaded and decrypted at the start of the analysis. The functionality of this RAT starts by collecting information from the victim's machine by executing the following commands:

In the next step each of the the collected tmp files is being converted into a cab file using cmd /c makecab and then encrypted and sent to the attacker server in an HTTP POST request (http://taketodjnfnei898.c1.biz/up.php?name=%UserName%).

After sending data to server it goes to a loop to receive commands from the server (http://taketodjnfnei898.c1.biz/dn.php?name=%UserName%&prefix=tt). At the time of the analysis the server was down and unfortunately we do not have enough information about the next step of this attack. The detail analysis of this payload will be published in a follow up blog post.

Konni is a Rat that potentially is used by APT37 to target its victims. The main victims of this Rat are mostly political organizations in Russia and South Korea but it is not limited to these countries and it has been observed that it has targeted Japan, Vietnam, Nepal and Mongolia.

There were several operations that used this Rat but specifically the campaigns reported by ESTsecurity and CyberInt in 2019 and 2020 are similar to what we reported here. In those campaigns the actor used lures in Russian language to target Russia. There are several differences between past campaigns of this actor and what we documented here but still the main process is the same: in all the campaigns the actor uses macro weaponized documents to download a cab file and deploy the Konni RAT as a service.

Here are the some major differences between this new campaign and older ones:

Malwarebytes customers are protected against this campaign.