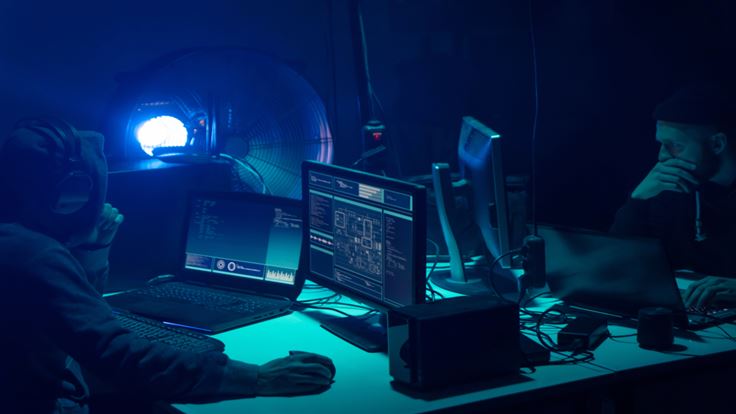 A deep dive into a sophisticated attack that used the Saitama backdoor.

On April 26th, we identified a suspicious email that targeted a government official from Jordan's foreign ministry. The email contained a malicious Excel document that drops a new backdoor named Saitama. Following our investigation, we were able to attribute this attack to the known Iranian Actor APT34.

Also known as OilRig/COBALT GYPSY/IRN2/HELIX KITTEN, APT34 is an Iranian threat group that has targeted Middle Eastern countries and victims worldwide since at least 2014. The group is known to focus on the financial, governmental, energy, chemical, and telecommunication sectors.

The Excel attachment contains a macro that performs malicious activities. The document has an image that tries to convince the victim to enable a macro.

After enabling the macro, the image is replaced with the Jordan government's the coat of the arms:

The macro has been executed on WorkBook_Open(). Here are the main functionalities of this macro:

The dropped payload is a small backdoor that is written in .Net. It has the following interesting pdb path: E:\Saitama\Saitama.Agent\obj\Release\Saitama.Agent.pdb.

Saitama backdoor abuses the DNS protocol for its command and control communications. This is stealthier than other communication methods, such as HTTP. Also, the actor cleverly uses techniques such as compression and long random sleep times. They employed these tricks to disguise malicious traffic in between legitimate traffic.

Another element that we found interesting about this backdoor is the way that it is implemented. The whole flow of the program is defined explicitly as a finite-state machine, as shown in the Figure 7. In short, the machine will change its state depending on the command sent to every state. Graphically, the program flow can be seen as this:

The finite-machine state can be:

It is the initial state of the machine. It just accepts the start command that puts the machine into the ALIVE state.

This state fetches the C&C server, expecting to receive a command from the attackers. These servers are generated by using the PRNG algorithm that involves transformations like the Mersenne Twister. These transformations will generate subdomains of the hard coded domains in the Config class (Figure 8).

Figure 9 shows an example of the generated subdomain:

These states put the backdoor in sleep mode. The amount of time that the program will sleep is determined by the previous stage. It is clear that one of the main motivations of the actor is to be as stealthy as possible. For example, unsuccessful DNS requests puts the backdoor in sleep mode for a time between 6 and 8 hours! There are different sleep times depending on the situations (values are expressed in milliseconds):

There is also a "Second Sleep" state that puts the program on sleep mode a different amount of time.

This state is used to receiving commands from the C&C servers. Commands are sent using the IP address field that is returned by the DNS requests. Further details about the communication protocol are provided later in this report. In a nutshell, every DNS request is capable of receiving 4 bytes. The backdoor will concatenate responses, building buffers in that way. These buffers will contain the commands that the backdoor will execute.

That state will execute commands received from the server. The backdoor has capabilities like executing remote pre-established commands, custom commands or dropping files. The communication supports compression, also. The following figure shows the list of possible commands that can be executed by the backdoor.

It is pretty shocking to see that even when attackers have the possibility of sending any command, they choose to add that predefined list in the backdoor in Base64 format. As we can see, some of them are common reconnaissance snippets, but some of them are not that common. In fact, some of the commands contain internal IPsand also internal domain names(like ise-posture.mofagov.gover.local). That shows that this malware was clearly targeted and also indicates that the actor has some previous knowledge about the internal infrastructure of the victim.

The Send state is used to send the results generated by commands to the actor's server. In this case, the name of the subdomain will contain the data. As domain names are used to exfiltrate unknown amounts of data, attackers had to split this data in different buffers. Every buffer is then sent through a different DNS request. As it can be seen in the Figure 12, all the required information in order to reconstruct original data is sent to the attackers. The size of the buffer is only sent in the first packet.

There are several indicators that suggest that this campaign has been operated by APT34.

Malwarebytes customers are protected from this attack via our Anti-Exploit layer.