Guide to next-gen antivirus: What is next-generation antivirus (NGAV)

Take your business antivirus to the next level with Malwarebytes. Protect your company today with our AI-based next generation antivirus software.

Computer viruses were a destructive menace over a decade ago, corrupting data, crashing computers, and reducing operational capacity. Antivirus software blocked these threats by matching their code with the signatures of known threats.

Creators of malicious software shifted focus to more sophisticated malware that traditional antivirus systems can’t stop easily. Not only is this new breed of malware more dangerous, but it also helps its authors generate revenue through tracking, data exfiltration, extortion, identity theft, and other malicious activity. 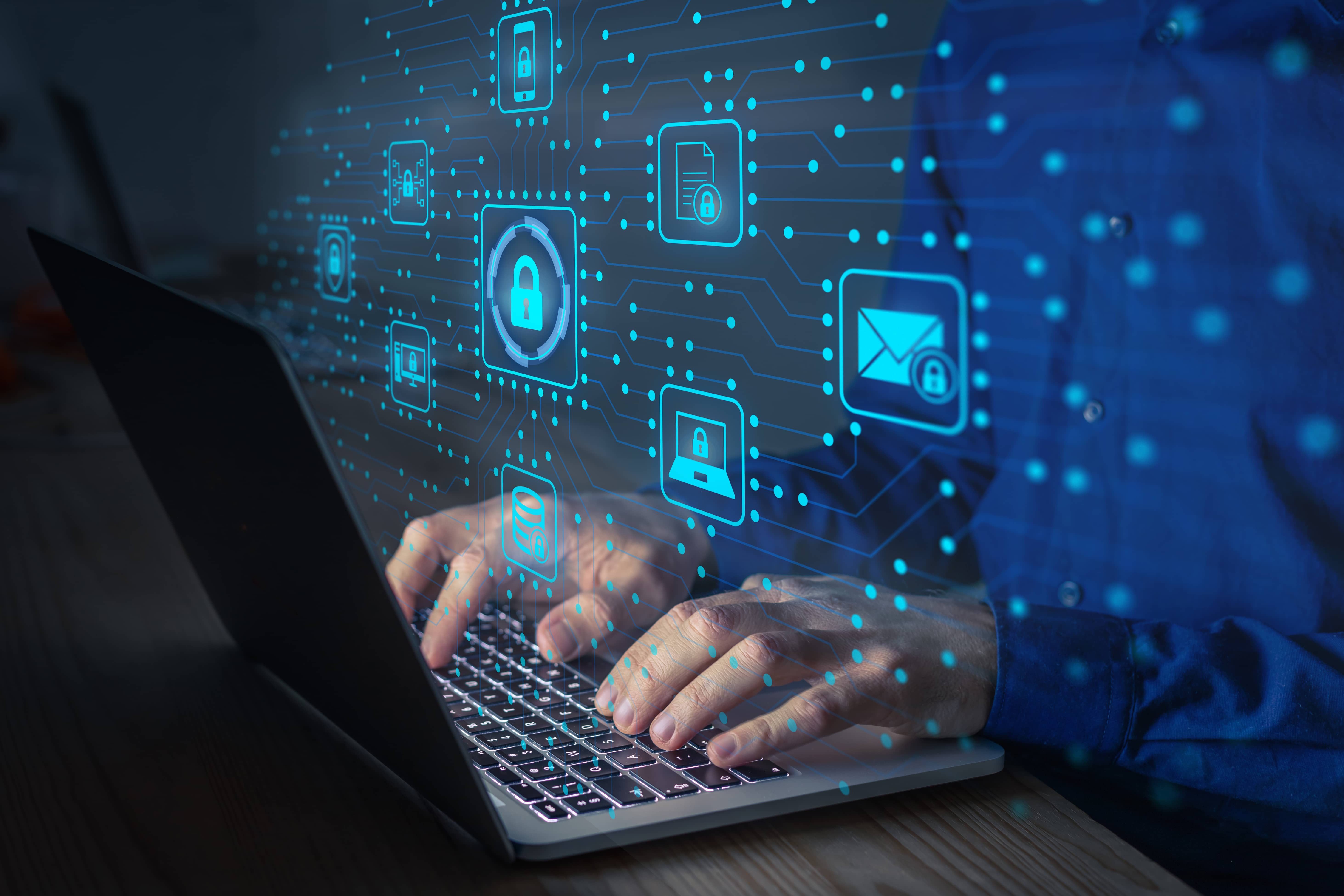 Next-generation antivirus (NGAV) takes a more comprehensive approach to cybersecurity, stopping known and unknown threats by utilizing a system of advanced technologies. It monitors and proactively responds to a threat’s attacks, procedures, and techniques, such as techniques, tactics, and procedures (TTPs) in the MITRE ATT&CK Framework. It may also gather and examine endpoint data to develop more positive cybersecurity outcomes.

NGAV is also agile. As a lightweight and fast tool, it shields an endpoint without hindering its performance.

Malwarebytes Premium is an example of next-generation antivirus software. It uses artificial intelligence and machine learning to power its antivirus, anti-malware, and anti-spyware heuristic analysis technology.

Essentially, heuristic analysis detects threats by analyzing a threatening program’s structure, behavior, and other attributes, like programming logic and data. Heuristics make next-gen antivirus proactive rather than reactive by finding malware in files, boot records, networks, and ports before it can do damage.

With a better understanding of how next-generation antivirus works, you might ask yourself, “Well, what is endpoint security then?” Endpoint detection and response (EDR) tools protect devices such as laptops, phones, tablets, or servers, by utilizing threat intelligence to detect, block, and remediate cyber threats.

Many companies caught up in the next-generation antivirus vs EDR debate wonder which tool is better.

The answer is that NGAV and EDR (endpoint detection and response) are both essential elements of cybersecurity. Together they can help organizations detect suspicious activities, stopping many of them before they gain a foothold.

While NGAV focuses on a single endpoint, EDR collates data from many endpoints in an organization. In other words, NGAV enhances the superiority of anti-malware response, while EDR expands the cybersecurity picture, noticing minor alterations in files, registries, and networks across the enterprise. At the same time, EDR helps minimize time-consuming false positives by determining whether these alterations are threatening.

Machine learning: When fed enough data, the machine learning next-gen antivirus algorithm recognizes patterns in a group of endpoints and uses those insights to determine whether programs are malicious. In other words, machine learning helps cybersecurity tools learn from the experience for better anomaly detection.

Automation: Users can modify settings and policies once to automate the protection process with automation features. Compare this to traditional antivirus software that may wait for users to respond to a threat alert, allowing a fast-moving cybersecurity threat to wreak havoc.

Remediation: A modern cybersecurity solution’s job isn’t complete after removing active malware. Remediation technology removes artifacts and mechanisms that may help the threat claw its way back in.

Cloud-based management: Due to cloud-delivered security, contemporary antivirus software is easy to deploy and manage. It’s also highly scalable, allowing individual users and businesses to easily purchase more licenses for desktops, laptops, tablets, and smartphones and enjoy fast implementation. By contrast, legacy antivirus solutions can take weeks, if not months, to roll out for an organization. 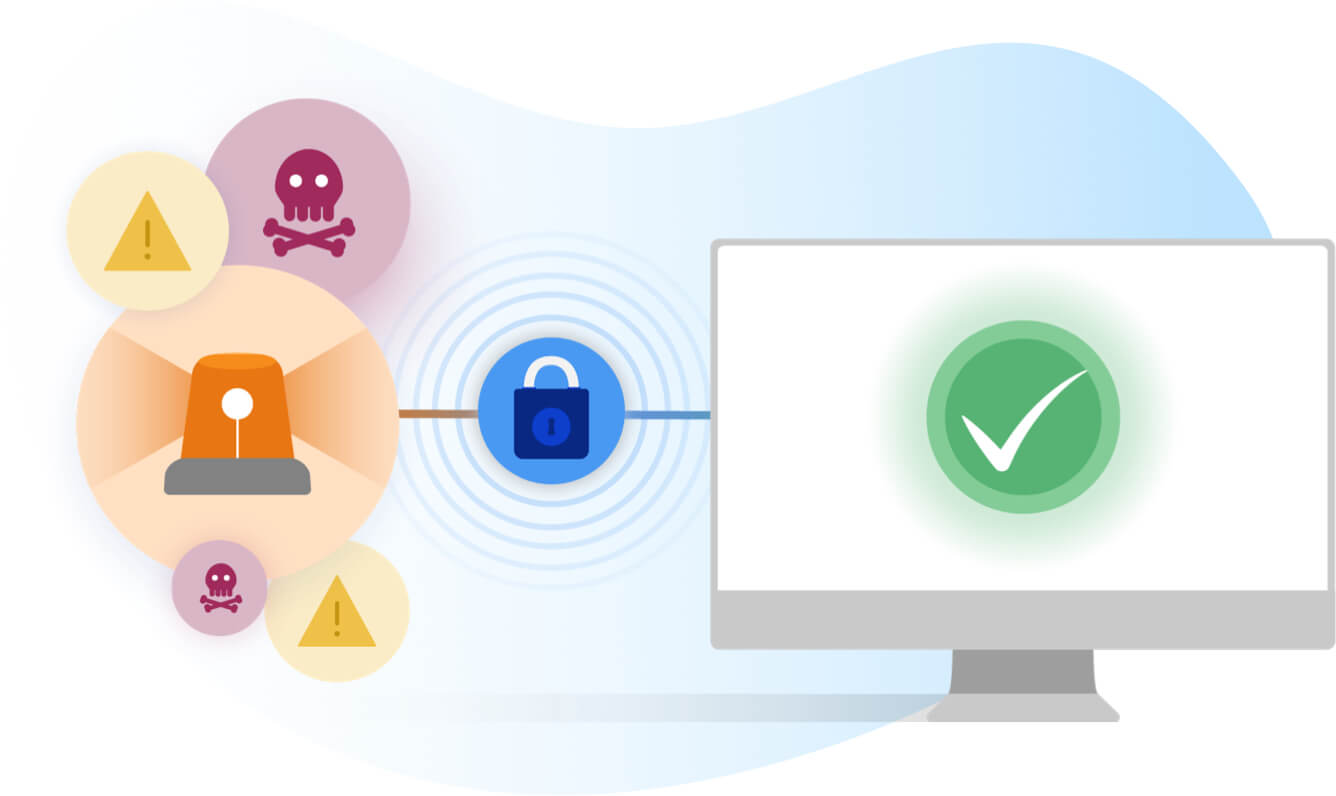 Get comprehensive endpoint protection and AI-driven, enterprise-grade antivirus that's non-disruptive to your organization and easy to use on a single console.

Nowadays, legacy threats like computer viruses have taken a backseat to more advanced threats like ransomware, spyware, Trojans, worms, bots, polymorphic malware, and metamorphic malware. Some of these threats carry unknown signatures, while others can modify their identifiable features to bypass signature-detection technology.

NGAV offers advanced protection and prevention against these risks by nullifying different elements in a hacker’s arsenal.

NGAV is a highly effective yet light solution. It secures endpoints of different hardware configurations without burdening them. Minimal impact allows desktops, laptops, devices, and servers to function optimally.

Organizations shielded by NGAV enjoy reduced operating costs due to its cost-effective management and deployment. With a cybersecurity tool minimizing the risk of a disaster such as a crippling ransomware attack, post-breach costs are also lower.

NGAV solutions: What to look for you in your NGAV vendor

Purchase your NGAV solution from a vendor that’s a trusted name in cybersecurity and provides excellent customer service. The best vendors offer support during every phase of NGAV deployment, from pre-installation and installation to management and post-installation. They’re also available 24/7 on chat and email, with priority phone support.

As cyberattacks grow in complexity and scope, you need a best-in-class NGAV solution that secures your business interests and endpoints from known and unknown threats. Top NGAV software finds emerging malware while maintaining a low false positive rate. A low false-positive rate ensures that your operations remain smooth.

Look for an agile NGAV solution in the cloud that’s cost-effective, fast and easy to deploy and highly scalable. After all, cloud-hosted security can be accessed from anywhere, allowing your team to manage threats across the enterprise, even when some systems are compromised due to a cyberattack, power failure, or hardware or software corruption.

Today’s malicious threats are innovative, fast, and sneaky. Using traditional antivirus software to protect yourself from them is like bringing a knife to a gunfight. Next-generation antivirus software employs several advanced technologies to stay one step ahead of legacy and emerging threats that jeopardize your security and privacy.

What's the difference between antivirus and malware?

What is antivirus software?

Listen to Lock and Code: The world's coveted spyware, Pegasus

Traditional AV is primarily centered on detecting malware at the endpoint level, whereas NGAV covers a wider variety of modern-day threats such as ransomware and fileless attacks.

Simply put, antivirus software is still necessary, but particular devices may require it more than others. iPhones are the only devices that do not necessarily require the installation of antivirus software. Android, macOS, and Windows devices still require antivirus software. Today's sophisticated threats are evolving and businesses can never be too careful, especially in a bring your own device (BYOD) setting.