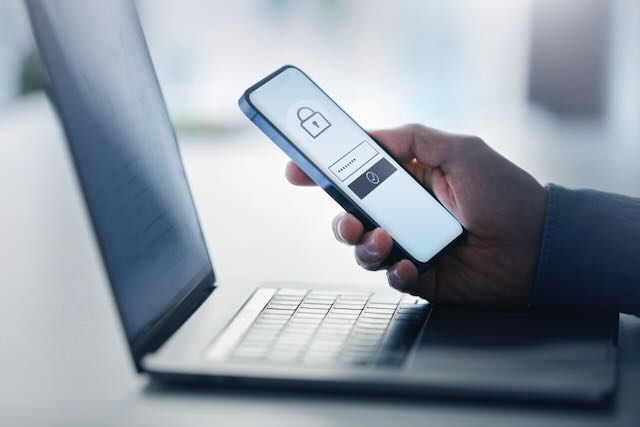 Antivirus is not for computers alone

Think about how often you use your Android device: Messaging, posting selfies, ordering food, trading stocks, gaming, shopping, starting your car, managing the smart devices in your home--there's almost nothing you can't do on mobile. If you use your Android this often, doesn't it need protection too?

Can Android devices get viruses?

Android devices are susceptible to all kinds of malware. Phishing, ransomware, Trojans, spyware, dangerous apps--there's a plethora of threats that can infect Android devices. A computer virus is a program that can replicate itself by piggybacking onto another program, and early hackers used them to spread all kinds of malicious software, or malware, onto computers. "Virus" has become a catch-all phrase for cyberthreats in general, and yes, Android devices are susceptible to cyberthreats.

Smartphones are essentially handheld computers, with many of the same weaknesses. We use them to store all kinds of valuable private information, financial data, and other targets that attract cyber thieves. As such, these devices are susceptible to the same kind of malware strands found on PCs.

“Smartphones are essentially handheld computers, with many of the same weaknesses.”

Android is the world's most popular mobile operating system, with over 3 billion active devices. This makes Android a big target for malware. The problem is compounded by the fact that many users don't protect their devices by installing security software and installing updates when they become available.

Cyberthreats for Android are much like cyberthreats for PCs. They sneak their way onto your device, often in the form of a shady download, then burrow themselves in the system in order to steal information, spy on you, or take control of the device. Just like you can protect your computer with antivirus software, you can protect your Android with an antivirus app (and by other good security habits, as we list at the bottom of this page).

What is Android antivirus?

Android “antivirus” software, or more properly, anti-malware software, is an essential measure against a variety of threats. Some, for instance, will mob your Android phone with annoying ads. Other malware is more harmful, representing itself as a trustworthy site or app, deceiving you into revealing passwords or private financial information.

Malwarebytes for Android is an antivirus app that protects your device in several ways:

Learn more about Malwarebytes for Android, and give the app a try for free.

Although there are many types of Android malware, here are the top five:

Where does Android malware come from?

For the most part, Android infections come from your Internet browser or a downloaded app.

Infections from the browser

Infections from the browser typically happen when an attacker uses an exploit. These attacks work by taking advantage of bugs and vulnerabilities in common web technologies like ActiveX, HTML, and Java in order to breach the browser’s security. From here, the attack forces the browser to run malicious code that delivers malware and infects the device.

Infections from downloaded apps are essentially Trojan attacks. The application seems legitimate, and it may even work as advertised, but it’s doing shady things behind the scenes like stealing data or installing other apps without your permission. These apps usually come from third-party sources, but even the Google Play Store can contain malicious apps. Google has tried to crack down on these malicious apps, but more keep popping up. The sheer number of apps downloaded from the Google Play Store makes it a huge target for malware delivery attempts.

“Google has tried to crack down on these malicious apps, but more keep popping up.”

Other sources of infections include cheap phones that come with malware pre-installed, emails with shady attachments, exploits of popular apps, phishing scams, and getting duped into clicking on suspicious download links.

Scam calls: the other smartphone threat

Smartphones aren’t just vulnerable to software-based attacks like malware and exploits. They’re also vulnerable to scam calls, which can be used against you in similar ways. For example, if an attacker was determined to get access to your bank account, they could try to infect you with malware, or they could call you up pretending to be your bank and ask for your login details.

In one scam call scenario, you get a call from a number with the same area code and first few digits as your own number. In reality, it’s a scammer using a trick called “spoofing” to change how their number so that it appears to be a local number on your caller ID. If you answer, you might hear a spam robocall or a real person trying to con you out of money.

“Your first line of defense against scam calls is awareness and some healthy skepticism.”

Scammers can also use spoofing to imitate phone numbers from legitimate businesses and organizations like banks, police departments, and tech support hotlines. IRS scams are a common example. You get a call out of the blue from someone claiming to be from the IRS or a police department. They say you owe money and you need to pay up immediately to avoid severe punishment. If you look up their number, it appears legitimate, but it’s just a spoof.

In another example, the scammer says your bank account has been breached, and they need your login information to confirm your identity. Another scammer might say there’s a problem with your phone and you need to go to a specific site and download a fixer program. This is all social engineering, schemes to fool you into revealing personal data, sending money, or letting the caller gain access to your device to install malware.

Your first line of defense against scam calls is awareness and some healthy skepticism. There are also preventative measures, but more on that a bit later.

Fortunately, there are a few unmistakable signs to look for if you suspect your Android phone is infected. Here are the main ones:

A sudden flood of pop-up ads. If ads appear out of nowhere and send you to sketchy websites, you’ve probably installed something with adware in it.

A puzzling increase in data usage. Malware chews up your data plan by displaying ads and sending out stolen information from your phone.

Bogus charges on your bill. This happens when malicious software makes calls and sends texts to premium numbers.

A disappearing battery charge. Malware is a resource burden, gulping down your battery’s juice faster than normal.

People on your contact list report strange calls and texts from your phone. Malware replicates by spreading from one device to another by means of emails and texts, inviting them to click on the infected link it displays.

A phone that heats up while performance lags. Malware can push your device to its limit and cause it to overheat. Certain attacks are so nasty they can stress your phone to the point of making the battery bulge, which essentially leaves your Android for dead.

An app you don’t remember downloading appears on your phone. Sometimes you download apps that have malware piggybacked onto them for a stealthy installation. That happens because Android allows users to jump straight from Google Play to other marketplaces, which may have let a malware maker slip through.

Phone makes its own connections

Your phone turns on WiFi and Internet connections on its own. This is another way malware spreads, ignoring your preferences and opening up infection channels.

How do you remove Android malware?

Aside from specific examples like ransomware, most malware is designed to stay hidden. While there are plenty of red flags to look for, you may not notice any at all. If you suspect malware, or even just out of an abundance of caution, download a legitimate anti-malware program, such as Malwarebytes for Android. Install it and run a scan. It’s designed to find and eliminate any malware that has infected your phone or tablet.

How do you prevent Android malware?

A cybersecurity application is a great way to prevent infections, but a few basic safety tips can go a long way too.

The Android malware universe is a big place, full of nefarious threats. Whether you’re looking for prevention, or post-infection remediation, Malwarebytes for Android offers powerful, pocket-size protection, automatically blocking dangerous malware like ransomware and conducting privacy audits to reveal what apps have access to your location, calls, or other private information.

Yes, to ensure safety and security of your Android device, we recommend installing antivirus for Android.

Yes, Android has built-in security features to help protect devices from malicious software and other security threats. It is important to note that while Android has built-in security features, it's also important for users to take additional steps to protect their devices, such as installing a reputable antivirus app, avoiding suspicious links and downloads, and securing their device with a strong password or PIN. For more robust security, consider installing an additional protection like our antivirus for Android.

While Android has built-in security features that help to protect against malware and other security threats, it may still be a good idea for users to install a reputable Android antivirus app on their device.

Antivirus apps can provide an additional layer of security by scanning apps and files for malware and other malicious behavior, and alerting the user if anything suspicious is detected. They can also help to protect against phishing attempts and other types of online fraud.

It's always a good idea to use a VPN app on your Android device while connecting to a public Wi-Fi.

This can provide a number of benefits, including: