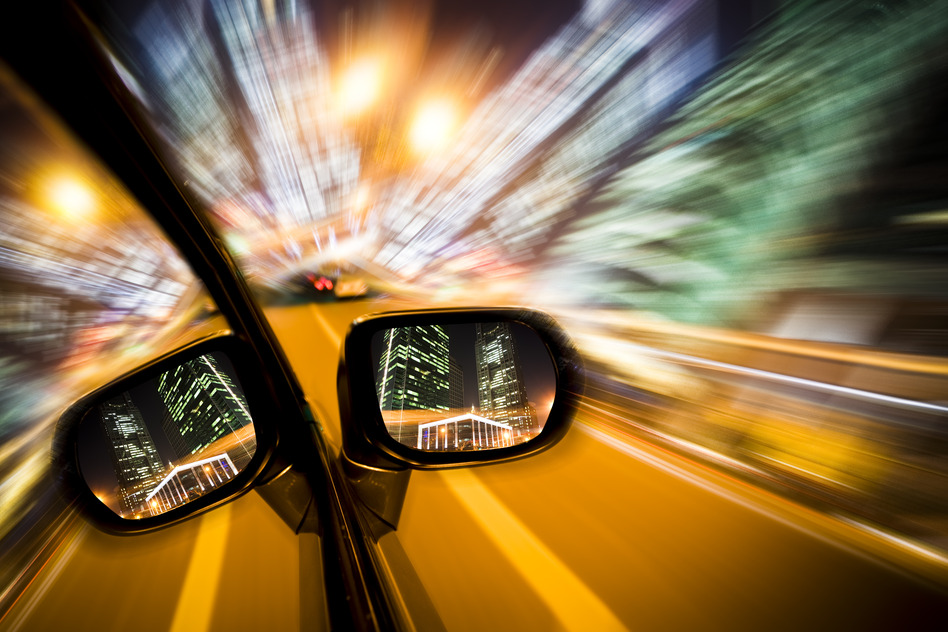 We take a look at the current batch of Grand Theft Auto money generator sites.

Grand Theft Auto online is still as popular as ever, with new content being released soon and everybody ramping up their "Must play it now" levels to the max. Money makes the online GTA world go round, and you certainly need a lot of it to progress. With that in mind, you might want to avoid the following sites claiming to offer up ridiculous amounts of money via a few "simple steps".

First out of the gate, we have

which has an amazing line in faked videogame site news pieces about their awesome money grabbing technique. 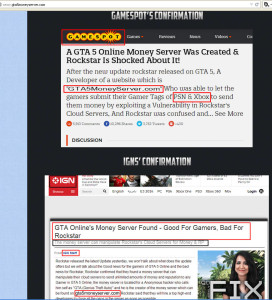 What's particularly baffling about the two fake news articles is they took the time to write both up from scratch (even if it is badly written - "And Rockstar was confused and.." - oh dear), but they then add the URL of the website in a different size and a squashed font. If somebody wasn't paying attention, they might conceivably get away with this, but...that URL. No. Time to go back to fake article production school.

You're probably waiting for the long fake-tech explanation text of how they managed to pull this off I imagine, and they certainly don't disappoint on that front. Here's a screenshot of some of it (not all of it, because it drags on for a bit).

The focus of this one is what they've chosen to call "Genius Theft Auto", where you enter your Username into the box and a pile of money awaits (or something). 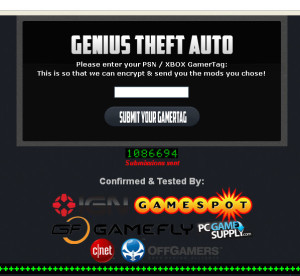 Despite the amazingly bad Photoshop above, they have picked up a trick or two from those "As seen on.." diet pill scam sites touting phony endorsements from major news orgs. In this case, most of the randomly pasted logos are from major game news networks such as Gamefly, Gamespot, IGN and so on. 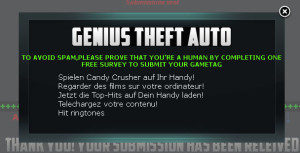 Also: survey scam. They also have a standalone download on offer (supposedly) but that's also hidden away behind a separate survey prompt. I'm going to take a wild guess here and say that you're not going to be the richest gamer alive in GTA land should you bother to fill one of them in.

Overall I give this website 4 Nico Bellic Memorial Bowling Trophies out of 5, but only for comedy value.

which doesn't beat about the bush, dispensing with pretty much everything other than a box asking for your info, desired money amount and a survey pop immediately after hitting the generate button.

While we're taking a walk down "This doesn't work" Lane, keep in mind that in an attempt to make it look like skilful hackers are pushing the envelope at all times, these sites will frequently say the latest update is whatever today's date happens to be. So, for example, the below screenshot is from yesterday: 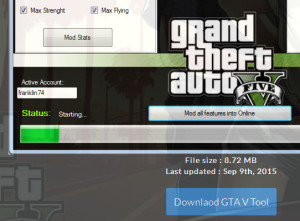 There's never been a better reason to "Downlaod" now. Or, you know, not. In fact, it's a safe bet that every single "Money Generator" website you visit will end in little more than spamming a website to your friends, lots of surveys and the occasional download. 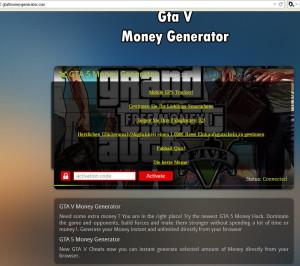 You've got more chance of Flock of Seagulls standing still for five minutes. That GTA-centric joke might be too obscure and stuck in the mists of time for some of you, so something something bowling jokes. Once the new DLC hits, you'll likely see a burst of activity on the GTA fakeout front, so steer clear of the following:

Follow these steps, and you won't get caught up in a Grand Theft Internet.