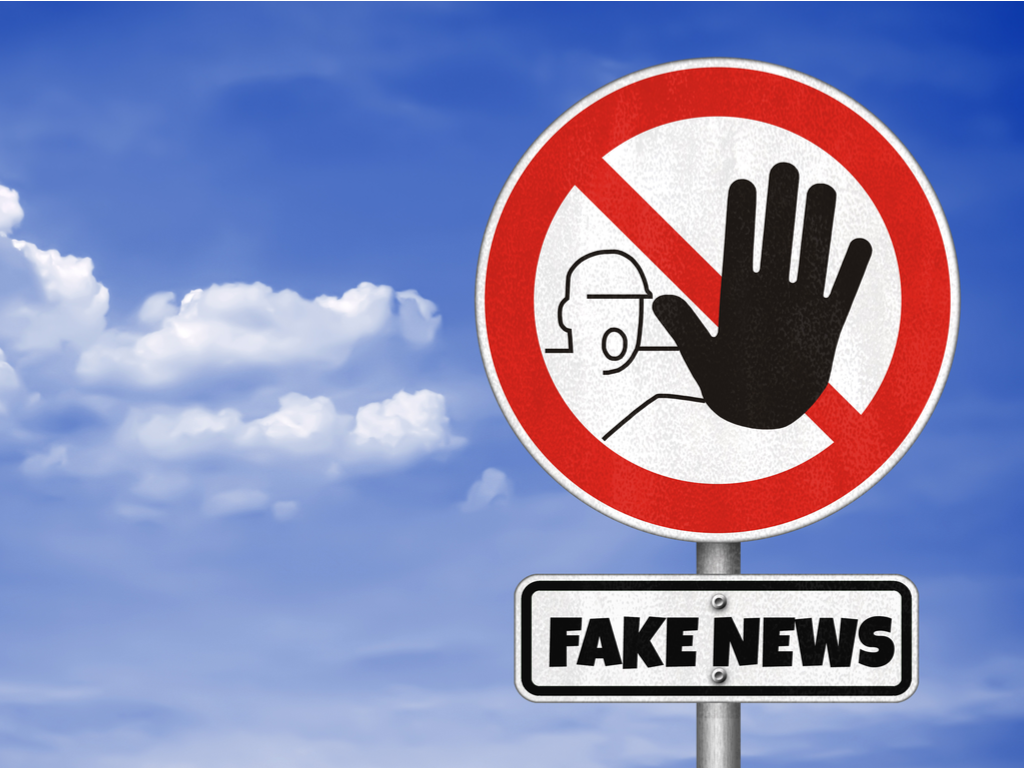 How the EU intends to battle fake news

The EU has announced to launch of a public consultation and the setup of a high-level expert group in the battle against fake news and online disinformation.

Last week the European Union issued a press release to announce their next steps against fake news.

These steps will be the launch of a public consultation and the setup of a high-level expert group representing academics, online platforms, news media, and civil society organizations.

The first results of the information gathered by the consultation are expected in April 2018. Despite other initiatives against fake news and online disinformation like the First Draft Coalition (that has the cooperation of Twitter and Youtube among others), or International Fact Checking Day (April 2), the amount of fake news being generated and disseminated is still on the rise, especially on social media.

One of the questions in the public consultation

The reason for action

A Eurobarometer survey published on November 17, 2016 showed that European citizens are worried about the independence of the media, and levels of trust in media are low. For example, 55 percent of Europeans stated that they lost their trust in the news presented on social media. Personally, I feel that number should even be higher—and it probably is after what has happened in the year that passed since the survey was published.

The freedom to receive and impart information and the pluralism of the media are enshrined in the EU's Charter of Fundamental Rights. We live in an era where the flow of information and misinformation has become almost overwhelming. That is why we need to give our citizens the tools to identify fake news, improve trust online, and manage the information they receive.

It has become clear that fake news and online disinformation have become a deliberate method to taint the reputations of public persons and institutions, to influence the outcome of democratic processes, and to change the public opinion on important matters like health care, environmental changes, immigration, and terrorism.

The latest technologies and the number of people that are active on social media has increased not only the impact of fake news, but also the speed with which it’s being spread.

The countermeasures of the EU

The first step outlined by the EU is a public consultation. Citizens, social media platforms, news organizations (broadcasters, print media, news agencies, online media and fact-checkers), researchers, and public authorities are all invited to share their views in the public consultation until mid-February 2018.

The consultation is set up as a number of multiple choice questions and only addresses fake news and disinformation online when the content is not illegal, per se,  and thus not covered by existing legislative and self-regulatory actions.

The commission is inviting experts to apply for the high-level group on fake news to advise on scoping the phenomenon, defining the roles and responsibilities of relevant stakeholders, grasping the international dimension, taking stock of the positions at stake, and formulating recommendations. The commission aims at a balanced selection of the experts from each field, be it academia or civil society.

The results are expected to:

What can we expect

As mentioned before, private initiatives have been undertaken in the battle against fake news and online disinformation, but with the authority to implement legislation, the EU can have a bigger impact, and create measures that other institutions can’t enforce. For example, it could: So far, measures in use by online platforms and news media organizations to counter the spread of fake news only seem to capture a small fraction of the disinformation, plus it involves time-consuming human verification of content. Legislation in the field that makes verification mandatory may speed up the development of such methods. One may hope that Artificial Intelligence (AI) can do a more adequate job in the future.

To counter the speed involved in the propagation of fake news, we should act quickly and with accuracy in order to protect against it. On the other hand, we need to be aware of the danger that comes with employing any such methods and not let them fall into the realm of censorship.

If you have any doubts about how serious the problem of fake news has become, and how it leads to unrest and distrust, we invite you to read some of these articles.

Russia has launched a Fake News war on Europe. Now Germany is fighting back

Ukraine says it warned Facebook of Russia fake news in 2015

If you are a EU citizen and want to make your voice heard, participate in the public consultation by clicking here to learn more and complete the questionnaire as either a citizen, legal entity, or journalist.