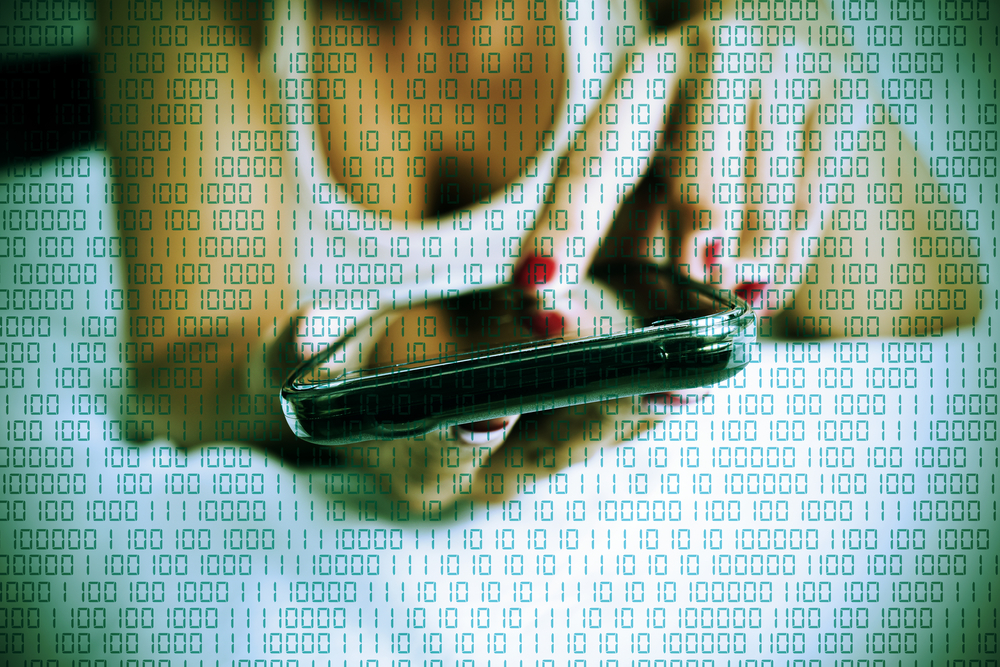 Sextortion emails: They're probably not watching you

Yes, those sextortion email scams using old passwords are still making the rounds. How can you spot a real sextortion attempt from an empty threat? And when should you report to authorities? Read on to find out.

Back in July, Krebs on Security reported on a rather novel scam, where the threat actor would use credentials from old data dumps to suggest that they had directly hacked the victim and obtained the victim's presumably sensitive browser history. Stolen credentials aside, sex-based extortion scams are actually fairly old and not all that sophisticated. A user on the Malwarebytes Forums recently reported a classic variety of the scam:

The threat actor then goes on to list a Bitcoin (BTC) address that the user is supposed to pay in return for their compromising data being deleted. These messages can sound intimidating, especially if the scammer is able to add details about the victim gleaned from public data. As a result, the scam is rather lucrative. Bitcoin Who's Who covered the scam listed above, and some Bitcoin wallets running variants of it have received hundreds of transactions. 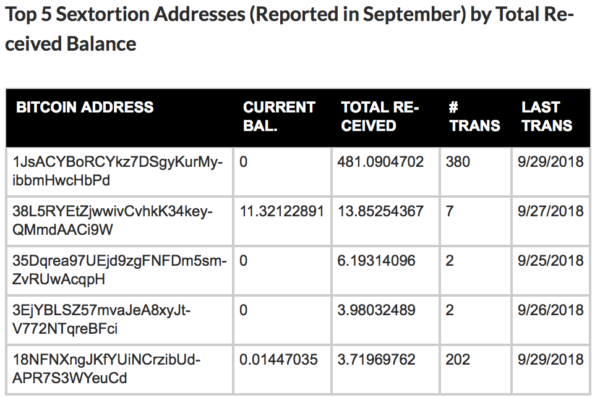 What should you do about it?

If you get targeted by a sextortion scam, how do you stay safe? The easiest way is by not engaging to begin with. Although actual sextortion is very real and very damaging, the common factor shared by almost all reported incidents is sexual gratification of the threat actor. Cases that go to trial often feature threat actors surveilling their victim long-term for their private enjoyment, and their victims tend to skew young, sometimes as young as 15.

Someone who had actually gained access to compromising photos would most likely not reveal themselves to a victim for any reason, and would never delete the data. Further, the most common interaction between real extortionists and their victims is to compel further compromising pictures—not shut off the data flow permanently by demanding money. So if you get an extortion email similar to that posted above, the threat is most likely an empty bluff.

Change your password, and continue not engaging. Most passwords seen in these scams appear to be drawn from previously leaked databases compiled from breaches of old—often years old, in fact. If an attacker had genuinely hacked your password, there are more lucrative, faster-paying options for them than sending an extortion email. If you receive an email with a currently-used password referenced in it, it's time to both change it, and consider a password manager to reduce the odds of an easily-cracked password being leaked to begin with.

But they have pictures of me!

In this case, you've got more than a scammy phishing email on your hands. Call the police, and if you're in the United States, report the threat to the FBI. Sex-based blackmail of this sort most commonly targets minors and other vulnerable populations, making it of the utmost importance to not engage with the actor and report to authorities immediately. Do not pay any requested ransom, and do not send any further information or pictures to the scammer.

Sex-based extortion schemes are not the most technically sophisticated we see, but they do tend to be psychologically damaging, as the voyeurism of these criminals amounts to a massive invasion of privacy. The scammers sending out these faux sextortion emails, then, are merely using the potential for this kind of psychological damage to drum up enough fear in recipients to overcome their good senses. The important takeaway from the scams referenced above is to never engage and report to local authorities as soon as you can.  Stay safe, and stay vigilant.