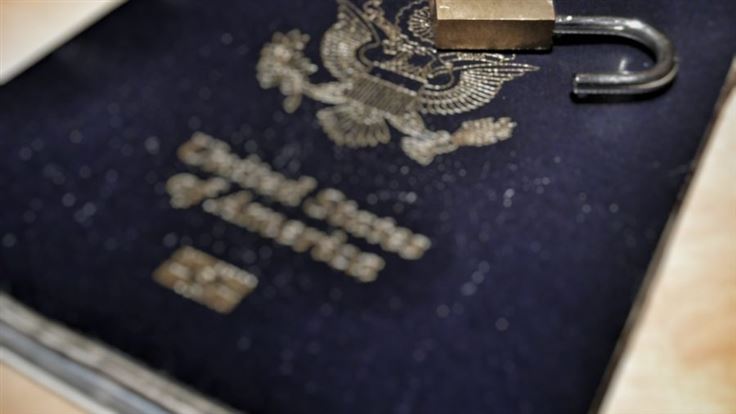 Sorry, Joe Biden isn't offering you a work visa, it's a scam

Bogus e-visa promotions are being posted to social media. Here are the telltale signs that indicate you're looking at a scam.

A US diplomatic mission in Nigeria warns of a visa scam affecting Nigerian citizens looking to move to the United States. It’s an old scam message, dressed up with a fresh coat of paint. Shall we take a look?

Work visa scams are a solid fixture in the scammer’s toolkit. This one blends the pandemic, data harvesting, and a slice of bank account emptying. There’s several variations of the scam, but they follow the same pattern.

No matter which version you're looking at, the bogus press release begins as follows:

President Joe Biden, the 46th U.S. President has signed an Executive Order that interested citizens of the Federal Republic of Nigeria who measure in some special professions are eligible for American work E-visa and residence permit. This was communicated to the Nigerian Mission in the United States by the U.S. Department of Immigration.

The terms of the Executive Order allow 25,000 citizens of the Federal Republic of Nigeria between the age of 35 to 55 whose area of expertise are among the following: 1. Health workers, 2. engineers, 3. marine workers, 4. civil servants, 5. business administrators, 6. accountants, 6 [SIC]. lecturers, 7. those with special skills.

The official warning from the embassy warns the target age range is 40 - 55, whereas the example above focuses on those between 35 - 55. There is yet another version discussed here, focusing on potential victims aged between 25 - 55.

There's almost certainly more versions of this scam in circulation by email. The example given by the embassy is a screenshot of a fake press release posted to Instagram. We've also discovered another version, again posted to Instagram from another account.

In both cases, the accounts claim to be involved in (or offering) some form of immigration service(s). For other versions of the fake press release, they follow the same template changing details relevant to the scammer’s own interests.

What are they asking for?

No matter who is sending the individual scams, the data they ask for is pretty standard across the board. They want potential victims to either hand over certain documents, or follow some crucial steps:

Turning a profit on false hope

This is an awful scam, and the people behind it don't care about the fallout for victims. They even try and make some additional cash from the pandemic. You can bet that once April 30 passes, new versions will be released with May or June listed as the new cut-off point. We've covered the occasional visa scam previously, and they can have serious consequences for people caught in the trap.

If you’re unsure about too-good-to-be-true visa announcements, stick to official sources. Anyone can claim to be anything on social media platforms and mailbox missives. Major changes will have major coverage, and you can always contact the relevant embassy directly in a worst case scenario.