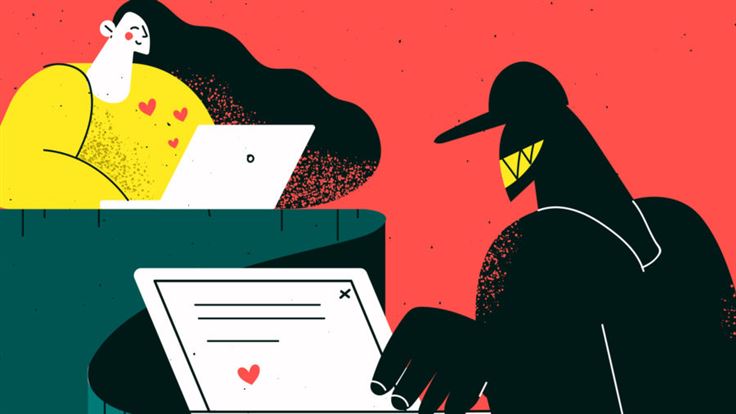 5 ways to avoid being catfished

Today, many Americans will head out to the water—not to swim, but to catch a catfish in time for National Catfish Day.

But when we talk about catfishing in cybersecurity, we mean something different. Here, catfishing refers to someone who assumes someone else's identity online in order to harass, troll, or scam someone.

But there are ways to protect yourself:

Usually, scammers will message potential targets privately first, through DMs. And when the target bites, they immediately ask them to switch to a more private chat option, such as email or text.

If you suspect you are being catfished, ask them questions that only someone with their background would know. If they're hesitant, slow to answer, or try to avoid your questions, then be wary.

2. Don't fall too quickly for a pretty face

Scammers know that people are likely to respond positively if they're using an image of someone who looks good. But you can use that pretty picture for your own benefit. Do a reverse-image search to check if the face matches the name, or if anyone has mentioned scams alongside that image.

Take note, though, that scammers can entirely steal the identity of someone and use it. They can also use create a deepfake image, which wouldn't be caught in reverse-image searches.

If a love interest ticks all your boxes, remind yourself to slow down. Scammers will want to get you moving, so they can go on to target someone else.

And, since scammers talk to multiple targets, they can make big mistakes, such as forgetting your or their name. Taking it slow may not seem to be the most exciting thing you'd do, but it gives you a chance to build up a bigger picture of the person you are talking to.

4. Talk to someone you trust

An outsider perspective is invaluable if you're about to fall head first for a scammer.

Let's face it, sometimes we see the red flags but choose to ignore them. A second or third opinion from someone you trust might be the jolt you need before it's too late.

5. Never send them anything

Scammers are quick about everything regarding love, revealing too much about "their personal life," professing their love, or asking something from you. That could be money, cryptocurrency, personal information, banking details, or gift card numbers.

Occasionally, they might ask you to move money on their behalf. Never do this, even if it sounds like they are desperate for your help.

If you suspect someone is a scammer, immediately stop contact and report them to the site where you first met, whether that was on social media or a dating app. If you have mistakenly sent someone money, file a report to your bank ASAP. And don't hesitate to report your experience to your local law enforcement and FBI office.