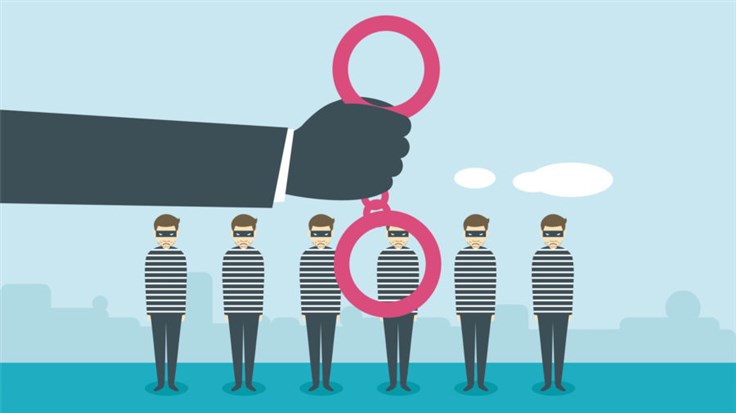 Europol, the Belgian police, and the Dutch police, have apprehended members of a cybercriminal gang involved in phishing and other fraud.

Europol has coordinated a joint operation to arrest members of a cybercrime gang and effectively dismantle their campaigns that netted million in Euros. This operation also led the Belgian Police (Police Fédérale/Federale Politie) and the Dutch Police (Politie) to nine arrests, 24 house searches, and the seizure of firearms, ammunition, jewelry, electronic devices, cash, and cryptocurrency.

The group was involved in fraud, money laundering, phishing, and scams.

According to a Europol press release, the group's modus operandi started with an email, text message, or private message containing a link to a phishing page.

Once recipients opened the link, they would be directed to a bogus bank website. Here, they were encouraged to enter their banking credentials. Money mules then used these credentials to cash out millions in Euros from victim accounts.

On top of fraud, the group was also involved in drug and possible firearms trafficking.

"Europol facilitated the information exchange, the operational coordination and provided analytical support for investigation," reads the press release, revealing law enforcement involvement in the arrest operation. "During the operation, Europol deployed three experts to the Netherlands to provide real-time analytical support to investigators on the ground, forensics and technical expertise."

The takedown of this phishing operation came months after Europol shut down the FluBot Android operation and the seizure of RaidForums, a hacking forum.