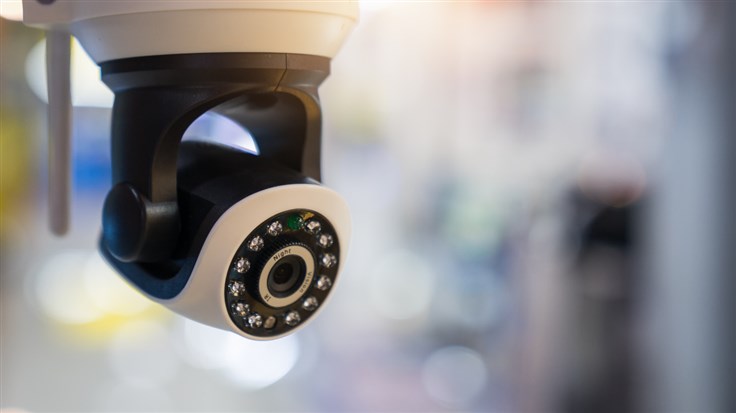 Tech support scammers caught by their own cameras

A Youtuber has hacked into the CCTV cameras of an office used by tech support scammers and recorded them being arrested by the police.

A Youtuber has hacked into the CCTV cameras of an office used by tech support scammers and reported them to the police. The video feed of what is going on in that office ends with the arrest of the scammers.

The Youtuber, acting under the handle Scambaiter, turned his attention to Punjab in India to spy on a group of Tech Support scammers.

"Scambaiting" means scamming the scammers, often by pretending to take their bait and wasting their time. The reasoning is that while the scammer is busy trying to reel the scambaiter in, they don’t have time to victimize someone else. Which makes it doing a good deed while having some fun.

Scambaiter, goes a little further than simply wasting scammers' time. He has amassed almost 1.5 million YouTube followers by "hacking back" against the scammers and exposing where and how they work—in this case by using the scammers' own CCTV cameras against them.

One thing that jumps out is that this is a very small and badly secured organization. Which came in handy because it enabled Scambaiter to show us several sides of the operation.

Scambaiter condensed a weeks’ worth of footage into a 20 minute clip. In the beginning we see the scammers at work, posing as Best Buy’s Geek Squad tech support employees.

We get a good look at how these scammers are organized and how they operate. If you didn't know they were talking people out of their money for non-existent services, it would look like any other, legitimate, office.

During the video Scambaiter explains how he found information about the scammers and their physical location, until he had gathered enough evidence to convince the local police to spring into action.

At the end of the CCTV footage you can see the police officers enter the building, shut down the electricity on two floors, and arrest five of the main scammers.

Scambaiter then concludes the video with a police report stating the charges against the scammers, and a selection of the media coverage about the incident.

In case you want to take part in the fun the past we have posted a guide to get back at spammers safely.

Even though the video by Scambaiter has a happy end, it is important to understand that what Scambaiter did is just as illegal as the Tech Support scammers' activity. Hacking into computer systems is illegal unless you are equipped with permission (say, the terms of a bug bounty) or a warrant, even if the victims are criminals and the hacking is in a good cause.