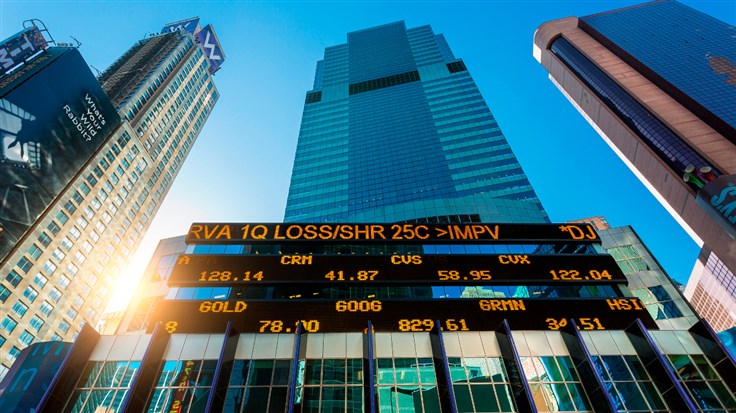 The SEC has unearthed a long list of whoopsies by Morgan Stanley, all involving the mishandling of sensitive data when disposing of devices.

On Tuesday, the Securities and Exchange Commission (SEC) charged financial company Morgan Stanley a $35M fine for "the firm's extensive failures, over five years, to protect the personal identifying information, or PII, of approximately 15 million customers. The company agreed to settle the penalty.

As early as 2015, Morgan Stanley wasn't properly disposing of devices containing sensitive customer data, according to a press release. In one instance, it hired a moving company with "no experience or expertise" in data destruction to eliminate thousands of devices containing hard drives and servers with thousands of unencrypted customer data. The company later auctioned these devices online with data still intact.

Gurbir Grewal, the SEC's director of the Division of Enforcement, described Morgan Stanley's failures as "astonishing".

"Customers entrust their personal information to financial professionals with the understanding and expectation that it will be protected, and MSSB fell woefully short in doing so," Grewal said in a statement. "If not properly safeguarded, this sensitive information can end up in the wrong hands and have disastrous consequences for investors. Today's action sends a clear message to financial institutions that they must take seriously their obligation to safeguard such data."

Morgan Stanley recovered some of the re-sold assets, but "a vast majority" of these devices were not.

On top of that, 42 servers, potentially containing unencrypted data by the thousands, from a local office and branch servers Morgan Stanley shut down went "missing".

Regardless of the amount of data that was "misplaced" for seven years, the company said it's not aware any of the lost sensitive data were exploited.

"We have previously notified applicable clients regarding these matters, which occurred several years ago, and have not detected any unauthorized access to, or misuse of, personal client information," a spokesperson from Morgan Stanley said in a statement to CNN.