Anonymizing Traffic for your VM And Capturing Traffic

Security Level: High / Hardcore Purpose: To hide who you are while performing research through your browser AND protecting your host system from drive-by download attacks AND being able to perform dynamic malware analysis and capture malicious traffic moving between the malware and the C&C. (Whew, that's a lot of ANDs. =D) ...

Purpose: To hide who you are while performing research through your browser AND protecting your host system from drive-by download attacks AND being able to perform dynamic malware analysis and capture malicious traffic moving between the malware and the C&C. (Whew, that's a lot of ANDs. =D)

Your research has paid off, you got your hands on some new and exciting malware samples which could be the connection between two criminal organizations, and you think the traffic might give away some clues into who built this malware. You could send it to an online analysis service but you don’t want it leaked to anyone just yet. You want to maintain your anonymity so you execute the malware while connected to the VPN in Windows, you set up two instances of Wireshark, one on the inside VM and one on the outside connection on your host system.

You execute the malware and it immediately restarts the system. Drat. When the system comes back up, even though you have configured your VPN to start automatically, it takes a little while to connect, you know that this malware checks for a connection at startup and if it can’t find one, it won’t beacon. You decide that maybe the outside Wireshark caught something before the system restarted, only to discover that all you captured was encrypted VPN traffic! Oh noes!

What are we doing?

We are going to connect to the Janus VPN via our Linux image, which is also working as a DHCP server that the Windows analysis system automatically connects to. To top it all off all three are on the same private network with the only outside access only being available to one of JanusVM’s interfaces. This means that there is no possible way that any traffic can get out of your analysis VM without first being masked, encrypted and redirected. 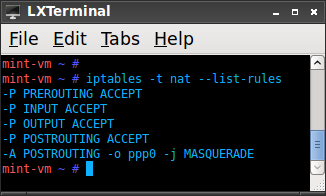 Q. What is a DHCP/DNS Server and what is DNSMASQ? A. DHCP stands for Dynamic Host Configuration Protocol, which basically hands out IP addresses dynamically to systems which join the network which the DHCP server is on. VMware has a built-in DHCP service available for any of its private networks (VMnet#’s). DNS is short for Domain Name System, and is a service which translates requests for hostnames, i.e. "http://www.mydomain.com", into IP addresses and passes it back to the requester. DNSMASQ, is both a DCHP and a DNS service application which can be started and attached to a certain interface on a Linux system. When a new system comes onto the VMnet3 private network and it is configured to accept DHCP addresses, it will beacon out to the DHCP server asking to join. DNSMASQ responds to the request and issues the new system an IP address. Now the new system, in our case the Windows Analysis VM, is using the DHCP server as its gateway to the outside world, so when we make a request to Google.com through our browser in our analysis system, that requests goes to DNSMASQ where it routes it accordingly to find the answer and returns it to the Windows VM. DNSMASQ is so important for our use because it makes it possible for us to easily join and be configured into our anonymous network and it also handles our requests when communicating with JanusVM and the anonymous network. Check out these sites for more information on DHCP/DNS & DNSMASQ:

Q. What are IPTables? A. IPTables are chains and rules which configure how the Linux Kernel Firewall operates. The main use of them is to block or allow traffic from specific IP address or ports, however the way we are using them is just simply to forward traffic from one interface to the other. Check out the Wikipedia page on IPTables for a more detailed look:

This last tutorial section is really only meant for hardcore malware analysts who have some technical background when it comes to networking and messing with Linux. However it can be employed by anyone who takes the time to learn a little bit more than they already know. This method ensures complete anonymity and the ability to capture traffic if Wireshark is launched on the Linux system, monitoring eth0, for a forced system restart or on the Windows analysis system otherwise.

So this is the end of the tutorial, thank you for reading and I hope you enjoyed it and/or got some useful info out of it. Please let me know in the comments section if something wasn’t explained well enough or if you would like me to add anything. Also let me know if I had made any mistakes or there is an easier way of making this all work, I am no expert at Linux or dealing with things like IPTables and VPNs , so please give me feedback and I would be happy to modify the tutorials.