Further customizations of the Mac ransom pages discovered today shows the bad guys are busy updating their templates for each country's police force.

Last week we blogged about how Apple's Mac OS X users are vulnerable to the FBI Ransomware attacks. These social engineering scams come in the form of a stern warning from the FBI stating you have been caught doing something illegal. The user's machine is then locked and a ransom of $300 must be paid to restore normal access to the computer.

The ransom pages came with two designs based on the victim's geolocation: FBI or Europol.

Today, I discovered further customizations showing that the bad guys are busy updating their templates for each country's police force. 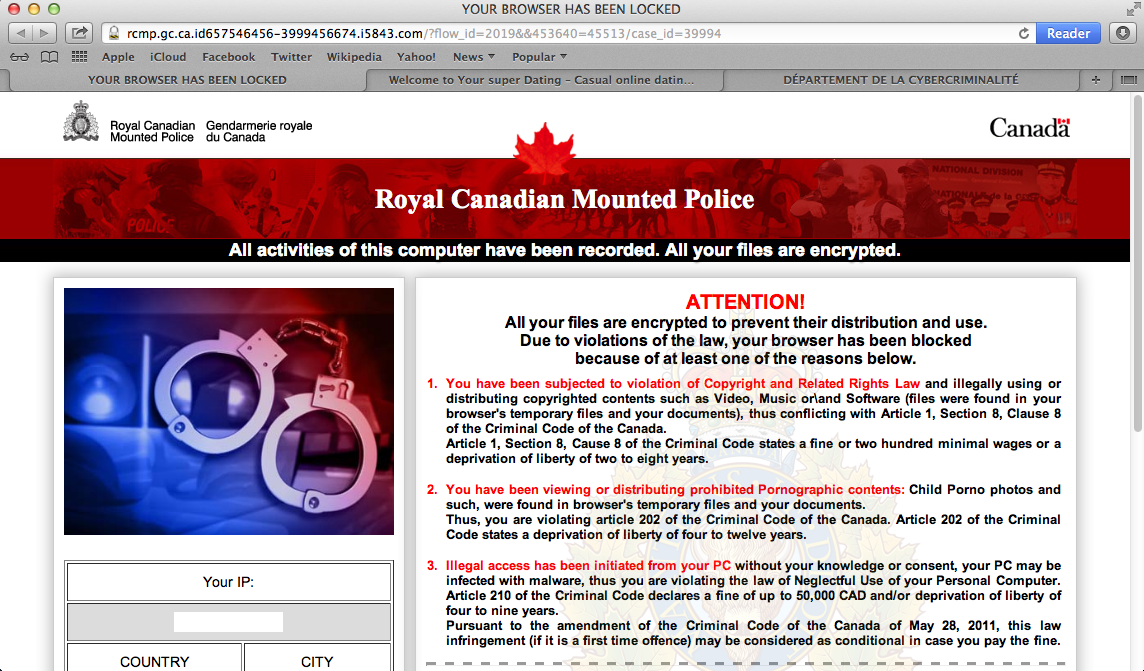 French victims are also getting their own design (Gendarmerie Nationale): 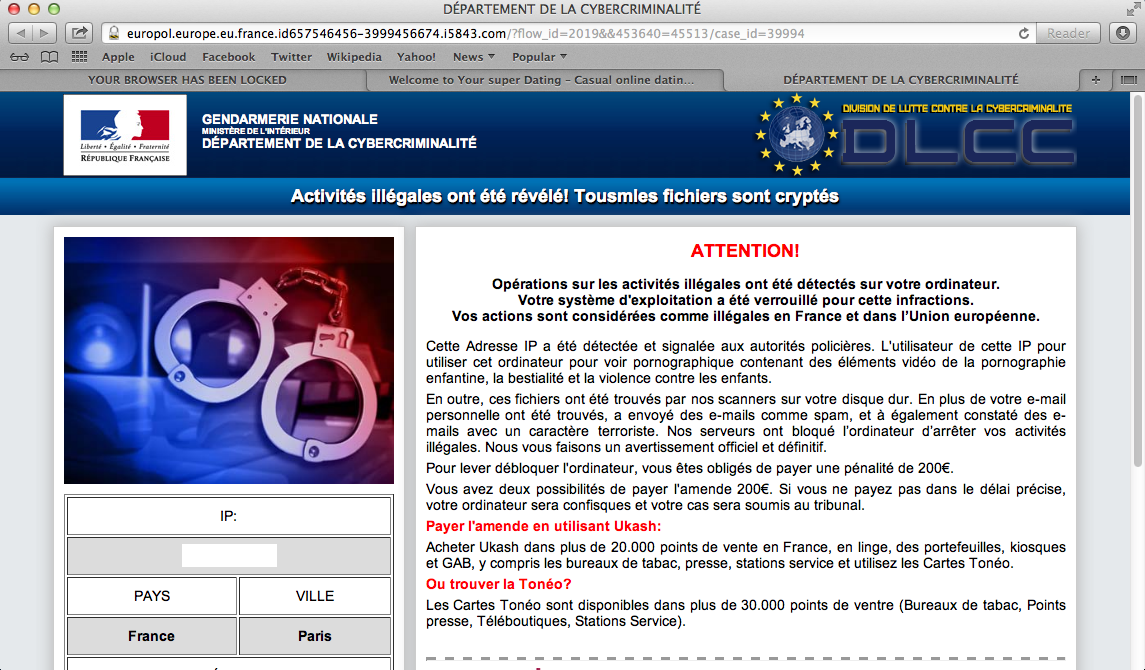 A couple things to note:

Not all countries currently have their own 'theme' but it is only a matter of time before the bad guys roll them out.

Last week the Internet Crime Complaint Center (IC3) issued a warning that the FBI would never use such methods to apprehend criminals. It is a reminder that user awareness is the best protection against these attacks.