News reports of 19-year-old Cassidy Wolf receiving emails from an alleged hacker attempting to extort her serves as a reminder that webcams need to be secured too. 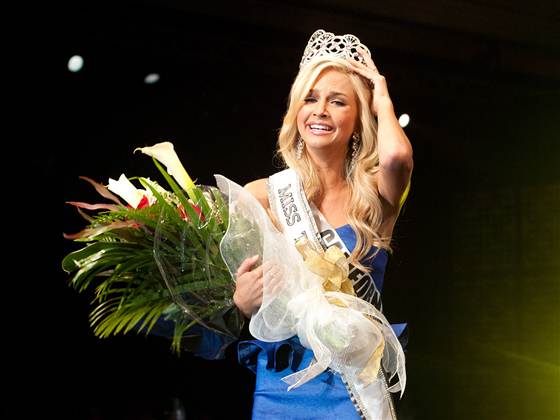 News reports are coming in that 19-year-old Cassidy Wolf (above) has received emails from an alleged hacker attempting to extort her. Miss Wolf was recently selected as the 2013 Miss Teen USA.

It all started months before Miss Wolf's selection, when she received a notification that someone had tried signing into her Facebook account from another state. Following that incident, she began receiving emails from an unknown person claiming to have pictures of her taken by the PC webcam in her bedroom.

This isn't the first time something like this has happened; a list of female celebrities who have had photos stolen include Scarlet Johansson, Vanessa Hudgens, and Carly Rae Jepsen to name a few.

No more details have been given at this time since the case is under federal investigation. In response to the event, Wolf has began to speak out against cybercrime, hoping to warn others before something similar happens to them.

"It's very important to change your passwords, delete your cookies, put a sticker over your webcam because you never know when someone could be watching," she said in an interview with Fox and Friends.

Sounds like a good place to start, along with some anti-malware protection.

Malware that's capable of taking screenshots using your webcam is very common. Examples of malware in this category include both the Zeus botnet and Urausy Ransomware.