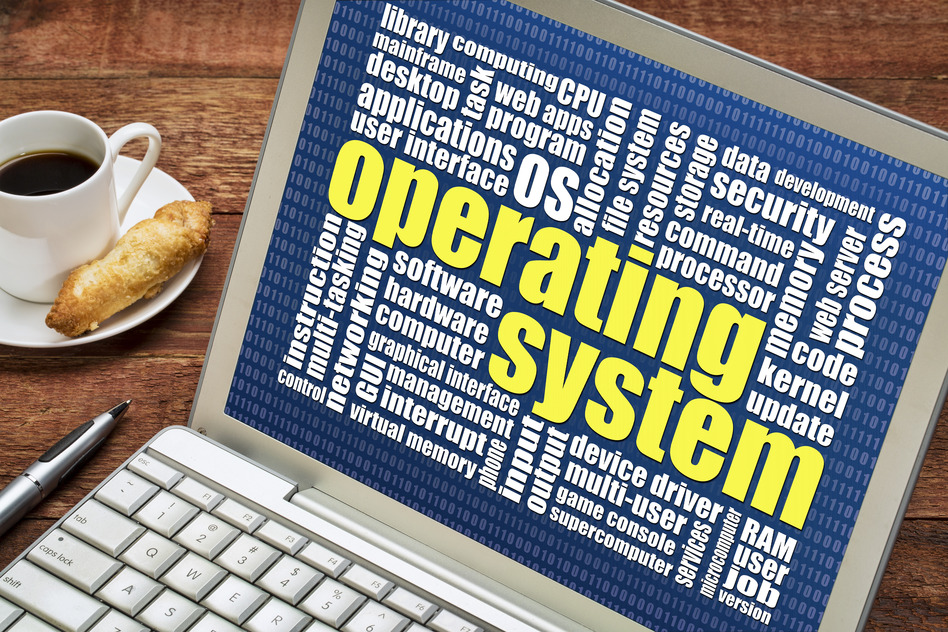 There are numerous programs in circulation offering to turn preview builds of Windows 10 into a fully unlocked Operating System.

Leapfrogging from one version of Windows to another is a big deal these days, especially with Windows 7 exiting mainstream support. And elsewhere in Windows land, the case for abandoning XP is made once more.

You've probably seen Windows 10 in action by this point - the question here is whether you'll run that Windows 10 Activator you saw on YouTube (okay, there are other questions but this is the only one we care about right now).

We've seen numerous videos uploaded to YouTube claiming to "activate" the full version of Windows 10 from a variety of accounts. 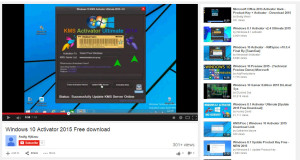 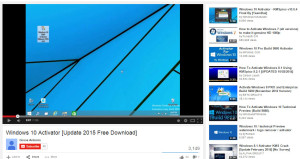 The videos show a nice looking activation tool complete with some buttons to press (everybody likes button pressing) and the promise of technical preview operating system unlocks galore.

Downloading the files and running them, however, lead us to PUP (Potentially Unwanted Program) offerings (VirusTotal 24 / 57). 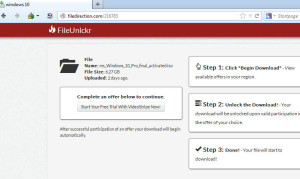 There are websites dedicated to the idea of turning the Windows 10 trial into a fully unlocked OS, such as the one located at

which asks visitors to download their activation tool, disable Anti-Virus then run it. 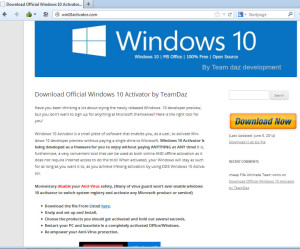 Good luck with that.

At time of writing, the download link simply redirects clickers to Google. Should it ever point to an executable, we advise the curious to think twice and stick to the Windows 10 Technical Preview.

Finally, we have a so-called "Windows 10 Gamer Edition", also being pushed on YouTube (VirusTotal 7/57):

Files similar to the above are being uploaded daily, and you likely won't know what you're running until it's too late.

Playing around with preview versions of Windows 10 is a great way to become acquainted with what it has to offer, but fans should definitely think twice about going too far and ending up with Potentially Unwanted Programs or - worst case scenario - malware.

Even without those potential scenarios, there are other issue to consider should you wish to try Windows 10 out - forewarned is forearmed.