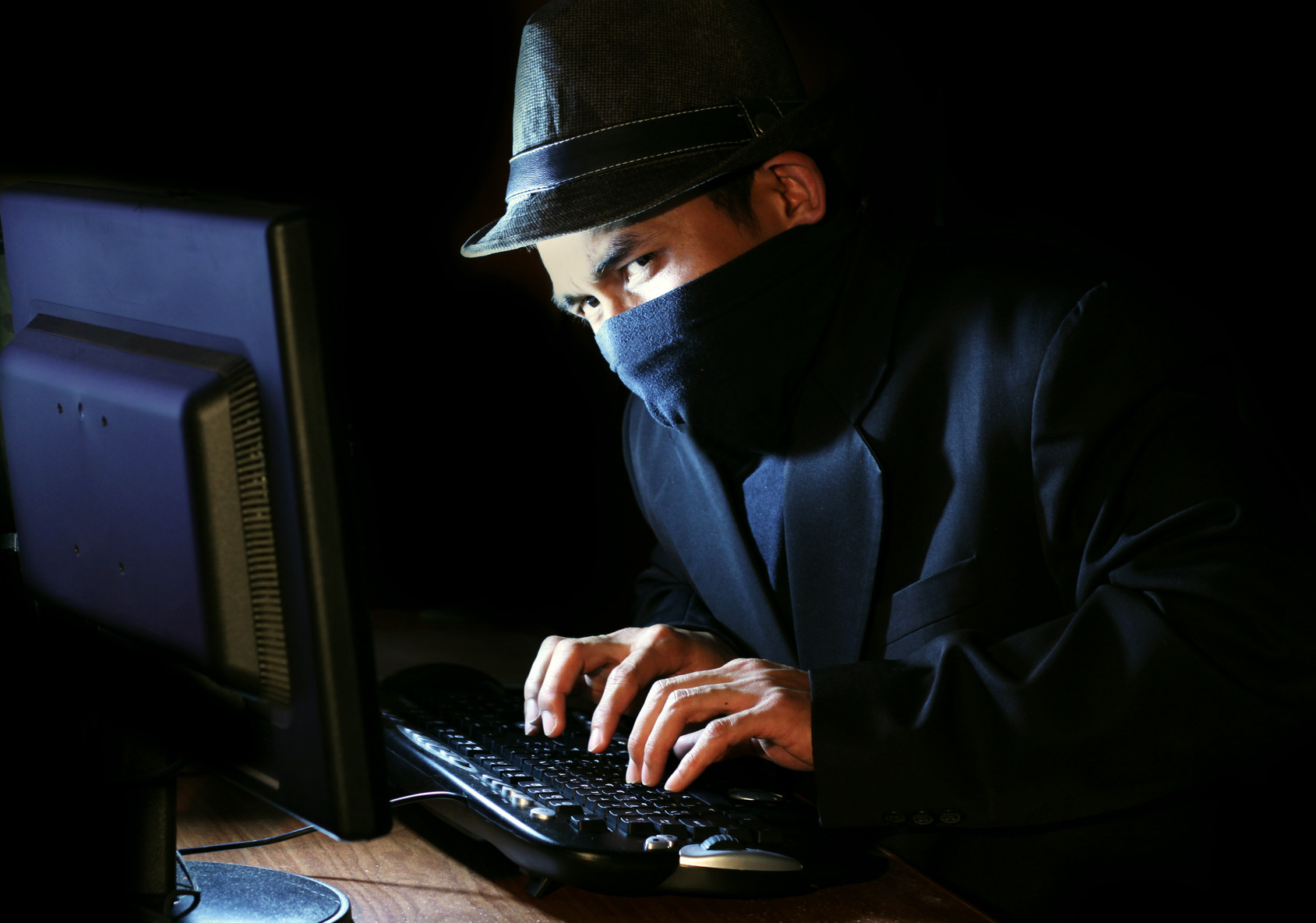 We take a look at a fake online scanner pretending to be from Avast, but in reality it drops an info-stealing Trojan.

Thanks to a tip from a friend, we came across a fake online scanner that abuses the good name of Avast.

The idea to get you to visit this site is by waiting for someone to make a typo and end up at facebooksecuryti(dot)com.

The site shows a picture of a pornographic nature just long enough to redirect you to the fake online scanner at avast(dot)services. 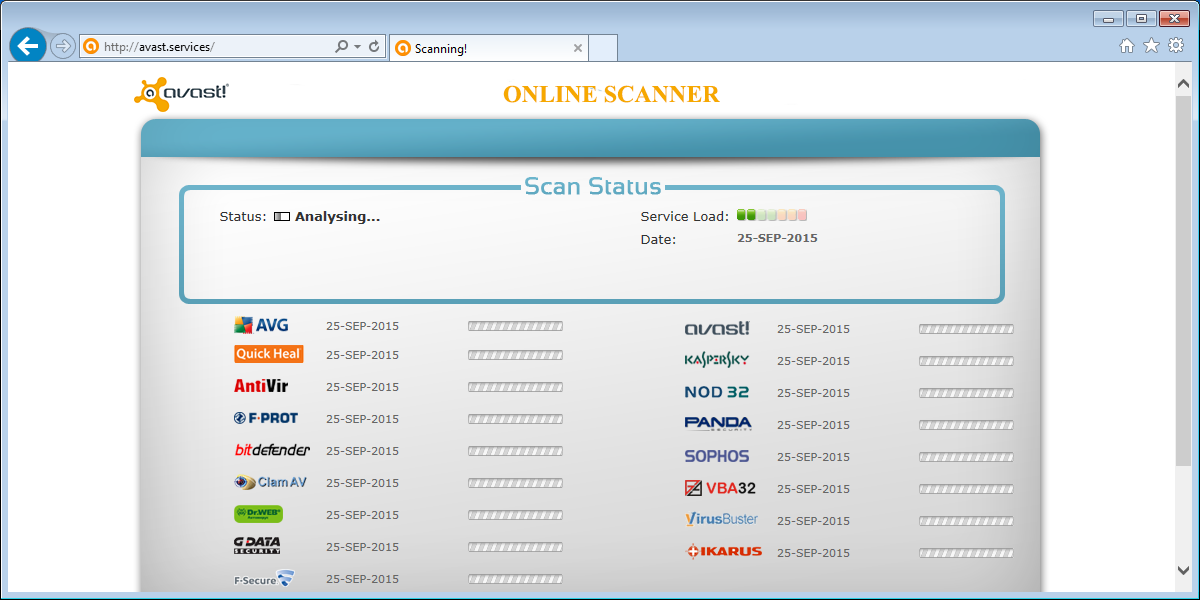 The scanner page looks a bit like Jotti's malware scan, and they have quite a few logos in common. 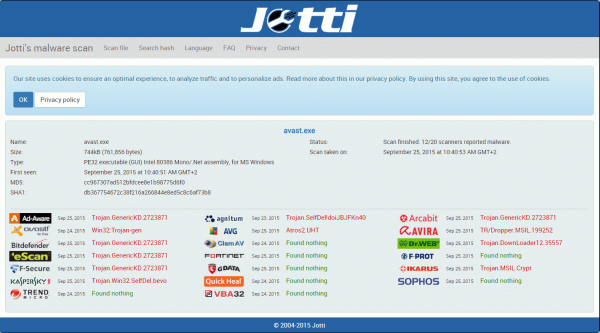 The fake scanner will end up showing you that there is only one antivirus that can find a problem which is …. you guessed it, avast! A bit predictable given the name and the logo of the site.

This is where we hope that our readers would get very suspicious. A security software company offering to scan your computer using the scanning engines of competitors would be strange enough, but I'm sure if anyone did they would make it a fair competition and not declare themselves the one and only solution every time. 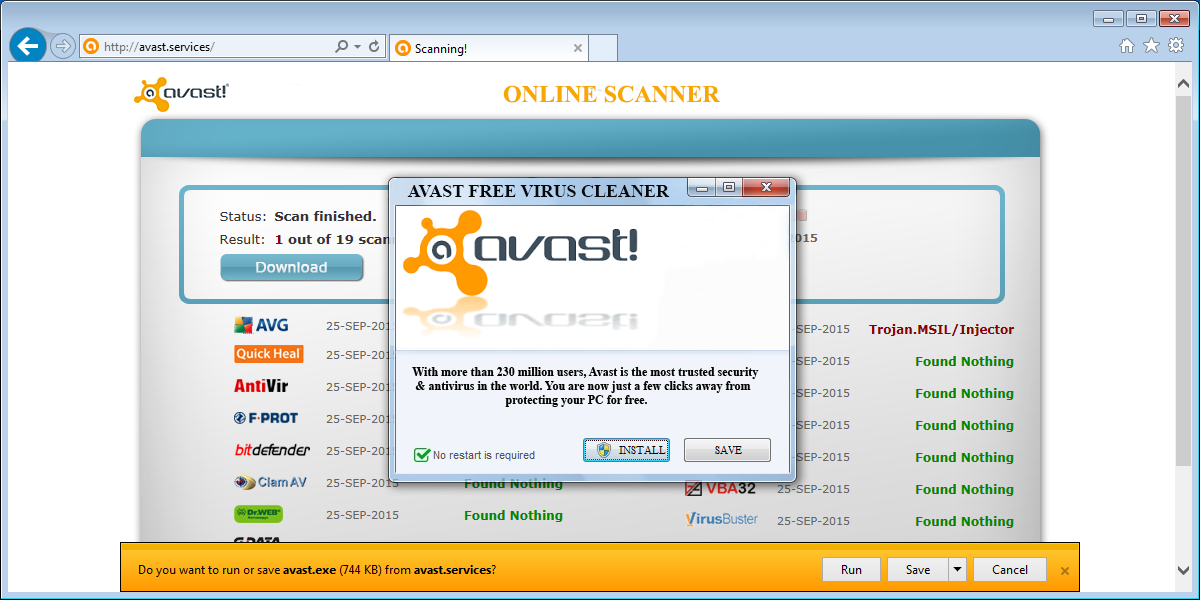 It immediately offers you the options to “Install” or “Save” the file Avast.exe which is obviously not the installer for the actual Avast antivirus software.

What the installer really does is drop an information stealing Trojan in several places on the victims system and point to them from two startup locations.

One is a Run key for the current user pointing to a file in a temporary “System Restore” folder, f.e. The files where these startups point to are both copies of the Avast.exe we were prompted to download, so running either of them will put any missing ones back in place.

Malwarebytes Anti-Malware Premium blocks both the redirecting site and the fake scanner site.

Thanks to our friend at hpHosts for the tip.