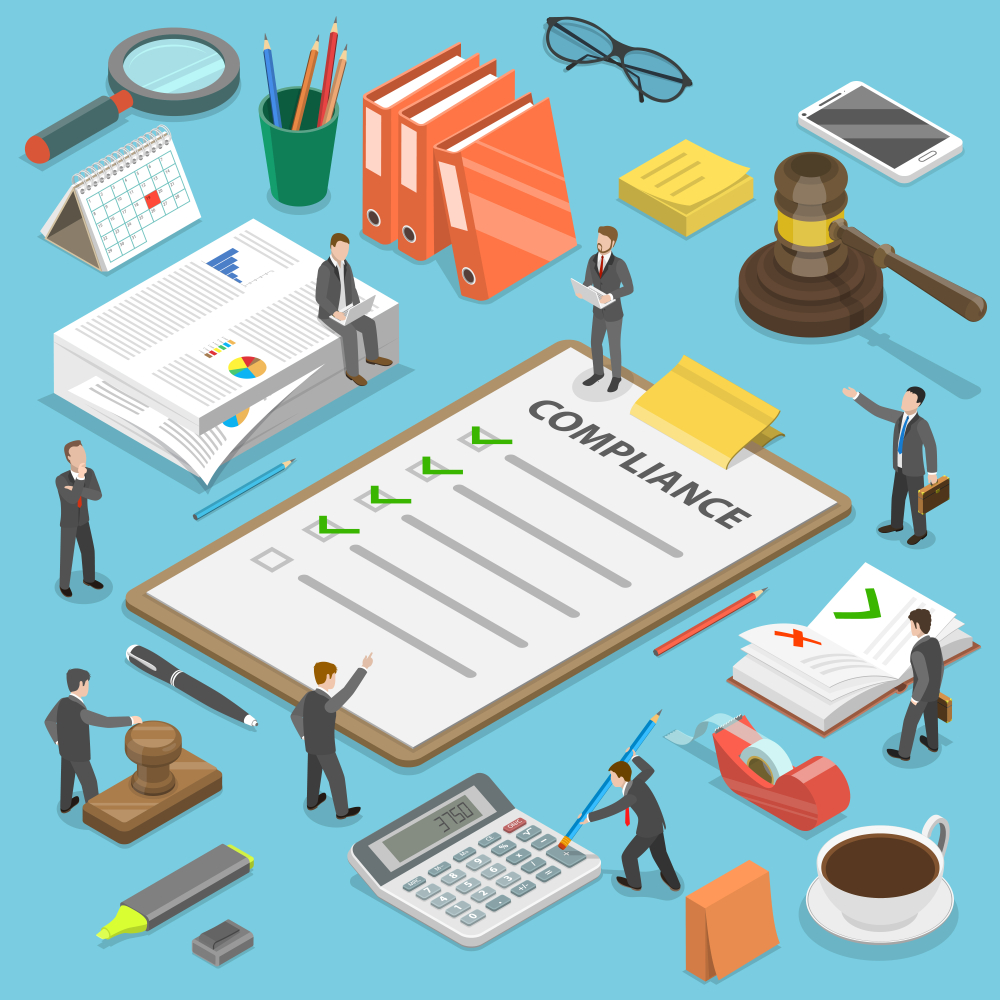 For nearly two months, Malwarebytes Labs led readers on a journey through data privacy laws around the world, exploring the nuances between “personal information” and “personal data,” as well as between data breach notification laws in Florida, Utah, California, and Iowa.

We explored the risks of jumping into the global data privacy game, comparing the European Union’s laws with the laws in China, South Korea, and Japan. And we also examined current legislative proposals in the United States to better protect Americans’ data.

But all that information was delivered across five separate blogs of more than 10,000 collective words. Look, we get it—it’s a lot to read through. So, we’re offering some help.

Before fully closing out our data privacy and cybersecurity law series, we are providing the top six takeaways for corporate data privacy compliance. From emerging startups to burgeoning enterprises, these rules should help businesses not just with legal liability, but also to better understand—and gain—user trust.

Because the law applies to any website that collects Californians’ information, it applies far beyond the state’s geographic borders. This isn’t just for California-based companies like Apple, Google, Twitter, and LinkedIn. It's also for Washington-based Microsoft, New York-based Verizon, and Texas-based Dell.

Any company that lies about its data protection practices could be hit with a lawsuit from a state Attorney General or, pending some legal hoops to jump through, an individual user. That’s because, in the US, data protection rights can still be asserted under an area of the law that prohibits “unlawful, unfair, or fraudulent” business practices, along with “unfair, deceptive, untrue, or misleading” advertising.

“Most of consumer privacy that’s not already controlled by a statute lives in this space of ‘Oh, you made a promise about privacy, and then you broke it,’” Tien said. “Maybe you said you don’t share information, or you said that when you store information at rest, you store it in air-gapped computers, using encryption. If you say something like that, but it’s not true, you can get into trouble.”

These lawsuits have been successfully filed against companies before. Last year, Uber agreed to pay $148 million to settle a lawsuit alleging the company’s misconduct when covering up a 2016 data breach. The lawsuit was brought by every single state Attorney General in the United States, plus the Attorney General for Washington, DC.

3. If you want to expand beyond the US market, consult a data privacy lawyer first

For example, the European Union recently bestowed upon its citizens the new rights to access, control, transport, and delete information that companies collect on them. China’s cybersecurity law grants its government the right to inspect and even copy the source code of incoming software products. South Korea’s cybersecurity laws include fierce penalties and even possible jail time. Singapore, often viewed as a friendly country for US expansion, has its own cybersecurity law that protects “essential” services, a definition that does not exist here in the US.

Expanding into a new country is, most of all, a question of risk: Can you afford—quite literally—the cost of compliance?

4. Personal information is not the same as personal data

The terms “personal information,” “personal data,” and “personally identifiable information” get thrown around a lot, sometimes even interchangeably, but these terms have specific legal definitions that do not carry over so easily from one to another. The definitions for the terms do vary, however, depending on which law in which state or country you consult.

The best advice is to, once again, consult a data privacy lawyer. Getting lost in an array of country-specific, legal rabbit holes does not help anyone.

“What it comes down to, is, it doesn’t matter what the rules are in China if you’re not doing business in China. Companies need to figure out what jurisdictions apply, what information are they collecting, where do their data subjects reside, and based on that, figure out what law applies.”

5. Get ready for comprehensive data privacy legislation in the US

In the past year, at least four US Senators have proposed comprehensive, federal data privacy legislation. Each bill seeks to improve Americans’ online privacy.

None of the above-mentioned bills have received a vote in Congress, but this area could move fast, and many assume that data privacy will become a lynchpin issue in the 2020 presidential election.

6. Respect and protect your users’ data

Your users have few legal options in asserting their data privacy rights. Despite this, your company should take it upon itself to treat user privacy with respect.

You will not be alone in this proactive decision. Apple, Mozilla, Signal, WhatsApp, CREDO Mobile, ProtonMail, Helix DNA, and several other companies already understand that meaningful user privacy can serve as a competitive advantage.

As Malwarebytes Labs showed this year, people care immensely about online privacy. Listening to your users should not be a matter of legal compliance, but a matter of respect.

Join us next week for another set of data privacy takeaways, this time for consumers in the US.