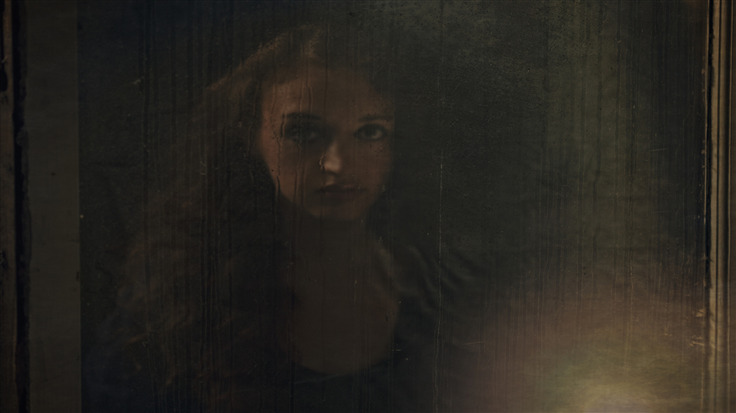 Facebook's own research reveals the harm that Instagram can inflict

Reporting by the Wall Street Journal (WSJ) has lifted the lid on Facebook's own research into the harm that Instagram can do to young users.

For years, people have accused social media, and particularly image-driven sites like Instagram, of being bad for young people, particularly young women. It turns that Instagram's owner, Facebook, agrees.

Thirty-two percent of teen girls said that when they felt bad about their bodies, Instagram made them feel worse.

This was one of the findings of internal Instagram researchers which was included in a presentation slide posted to Facebook’s internal messaging board in March 2020. It continues:

"Comparisons on Instagram can change how young women view and describe themselves."

The Wall Street Journal (WSJ) has reviewed and revealed the contents of such slides in its latest instalment in the The Facebook Files, a WSJ series of investigative articles based on "internal Facebook documents, including research reports, online employee discussions and drafts of presentations to senior management." Sometimes, included in these reports are findings from other companies the social network giant owns, like Instagram and WhatsApp.

Concerned parents and carers who may have observed or heard something from their teen who is being affected by Instagram would likely get confirmation on what they already know: Instagram is not helping with their body issues and sense of self at all. What may be more shocking to them, is that Facebook knows this too.

Facebook has been conducting internal studies of how Instagram affects its young users for three years, but had never shared any of its findings until three days ago, in response to the WSJ investigation.

According to the Journal, more than 40 percent of Instagram users are 22 years old or younger, with about 22 million teens logging on to Instagram in the US each day. The social media giant is said to have repeatedly found that Instagram is harming its young users, especially teenage girls.

It reports that the research conducted by Facebook revealed that Instagram makes body image issues worse for about one in three girls; that teenagers blame Instagram for increases in the rate of anxiety and depression; and that one in five teenagers said that Instagram makes them feel worse about themselves. The slides also revealed that a percentage of female teens in the US and UK have suicidal thoughts over what they see on Instagram.

Teen girls aren’t the only ones affected though. In Facebook’s 2019 research report, it found that 14 percent of boys in the US had said that Instagram made them feel bad about themselves. The following year, they found that 40 percent of teen boys experienced negative social comparisons. This, the researchers have concluded, is a problem specific to Instagram.

“Social comparison is worse on Instagram,” is what Facebook noted after doing a deep dive into body image issues in teen girls in 2020. What Instagram users tend to do is share only the best and most perfect photos and moments, which can trigger negative reactions, and may even lead to eating disorders, an unhealthy outlook towards themselves, and depression.

According to the researchers, young Instagram users who are struggling with mental health are aware that the app is affecting them in a negative way and need to spend less time on it, but admit they couldn’t stop themselves.

The Journal claims that Facebook’s internal documents reveal that it has done little to address these issues, and even downplays these in public. For example, Adam Mosseri, head of Instagram, has told reporters that the research suggests the app’s effects on teen well-being is, "quite small".

"In no way do I mean to diminish these issues…. Some of the issues mentioned in this story aren’t necessarily widespread, but their impact on people may be huge," Mosseri further said in an interview with the Journal.

In another example, Mark Zuckerberg, CEO of Facebook, said at a March 2021 congressional hearing that, "The research that we’ve seen is that using social apps to connect with other people can have positive mental-health benefits," which only highlights one side of the story while failing to mention the other.

Instagram's response to the WSJ, written by Karina Newton, head of public policy on Instagram, says the Journal focusses on "a limited set of findings and casts them in a negative light". She stands behind the company’s research and efforts to make things better for every teen user on Instagram, writing that "It demonstrates our commitment to understanding complex and difficult issues young people may struggle with, and informs all the work we do to help those experiencing these issues."

In other words, as so many Facebook profiles say: It's complicated. "The research on the effects of social media on people’s well-being is mixed, and our own research mirrors external research. Social media isn’t inherently good or bad for people. Many find it helpful one day, and problematic the next. What seems to matter most is how people use social media, and their state of mind when they use it."

The Journal claims that Facebook executives are struggling to find ways to reduce Instagram’s harm while keeping people on the platform. Project Daisy, for example, was a pilot program created as a potential solution to keeping kids from feeling anxious and having negative feelings, based on a focus group feedback, when they see "like" counts. In Project Daisy, "like" counts are hidden. However, the results of the program have revealed that it didn’t improve teens' lives.

Project Daisy was rolled out, nonetheless, with executives noting in an internal discussion that this, essentially, is just for show. "A Daisy launch would be received by press and parents as a strong positive indication that Instagram cares about its users, especially when taken alongside other press-positive launches."

Mosseri acknowledges in an interview with the Journal that he doesn’t think there is a clear-cut solution to fixing Instagram. "I think anything and everything should be on the table,” he said, “But we have to be honest and embrace that there’s trade-offs here. It’s not as simple as turning something off and thinking it gets better, because often you can make things worse unintentionally".

In a comparison that might not have come across in the way he hoped it would, Mosseri recently equated social media to cars in a podcast interview with Peter Kafka on the Recode Media podcast. "Cars have positive and negative outcomes. We understand that. We know that more people die than would otherwise because of car accidents. But by and large, cars create way more value in the world than they destroy. And I think social media is similar."

However, Kafka, and some helpful users on Twitter, pointed out that they are not the same at all: Cars are heavily regulated, licensed, policed, regularly tested for problems, are not accessible to teens who are 16 years old and below, and have meaningful safety measures in place.

This is a call for help

Perhaps what stands out most from the reporting is not a single statistic, or how negatively Instagram has been affecting teens for years, or even that Facebook is well aware of the negative side of its social media empire, but the fact that the teens who are reporting problems are finding it really difficult to unplug or quit the app.

Parents and carers: Do not expect Instagram or Facebook to do this for you any time soon, because these online services were engineered to make users want to come back for more, even when they know it’s not good for them.

As computer scientist Dr. Cal Newport said in his memorable TED Talk, Why you should quit social media, social media is designed to provide a constant flow of small, intermittent rewards, just like a slot machine. Newport: "It's one thing to spend a couple of hours at a slot machine in Las Vegas, but if you bring one with you, and you pull that handle all day long, from when you wake up to when you go to bed: We're not wired for that".

Kids cannot be expected to handle the social media slot machine alone—parents, family members, and our childrens' friends all have a role to play in helping our kids overcome this.