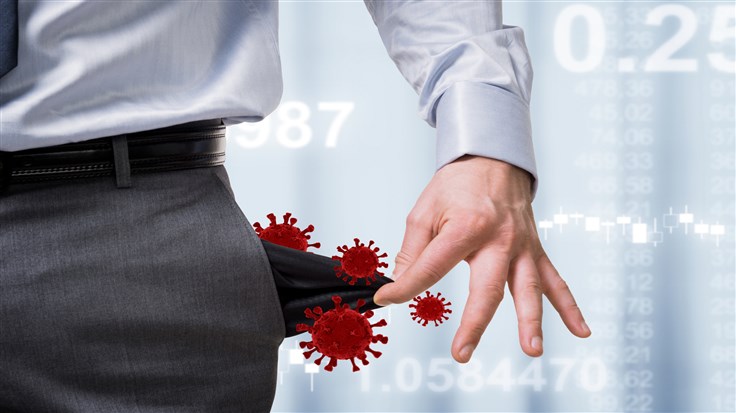 Cleo Communications took advantage of the FCC's EBB program to scam those already struggling with money when the pandemic struck.

The FCC (Federal Communications Commission) has proposed a fine of $220,210 against Kyle Traxler of Ohio for allegedly establishing the bogus internet provider, Cleo Communications, to scam low-income consumers. The victims believed they were receiving government-approved discounts on internet services and devices during pandemic lockdowns in the US.

In a document posted to its site, the FCC says Traxler "willfully and repeatedly" committed multiple federal wire fraud violations for three months, from May 24, 2021, to August 11, 2021. During this time, Traxler, who was CEO of Cleo Communications, sought to be authorized by the FCC as an ISP provider under the Emergency Broadband Benefit (EBB) program, which the FCC opened to provide subsidized broadband—$50 monthly discounts—to those who had low or lost income when the pandemic hit.

Per the notice, Cleo Communications sold EBB-discounted devices via its website, accepting payments via PayPal, Venmo, credit cards, and interstate wire transfers. However, these products never arrived. When consumers asked for a refund for products or services that never materialized, the company refused, citing its "Terms of Service" as the basis for refusal. Cleo's terms stated:

In some cases, Cleo threatened to sue them for "terms of service breach", admin cost for preparing the invoice, and an interest rate.

"Cleo apparently existed for the sole purpose of taking financial advantage of customers under the disguise of being a legitimate EBB Program provider. Cleo Communications has had no business activity outside of the EBB Program and no other business purpose.

After receiving authorization to participate in the EBB Program and advertising that participation on its website, Cleo apparently never enrolled consumers in the EBB Program or delivered the discounted broadband services or devices for which Cleo received payment from consumers who believed Cleo’s online website representations."

Complaints received by the FCC eventually triggered the investigation into Cleo Communications and Traxler. The agency interviewed eight of Cleo's victims from various states, and all shared a very similar story. Cleo never resorted to other schemes that could have defrauded the EBB program directly. Instead, Traxler chose to just scam consumers.

"Cleo’s schemes to defraud consumers under the pretense of participating in the EBB Program caused severe harm not only in monetary terms to the low-income consumers it preyed upon, but also to the trust and goodwill this or any program needs to achieve its purposes effectively."

The EBB program was eventually discontinued and replaced by the Affordable Connectivity Program, which offered $30 monthly discounts.