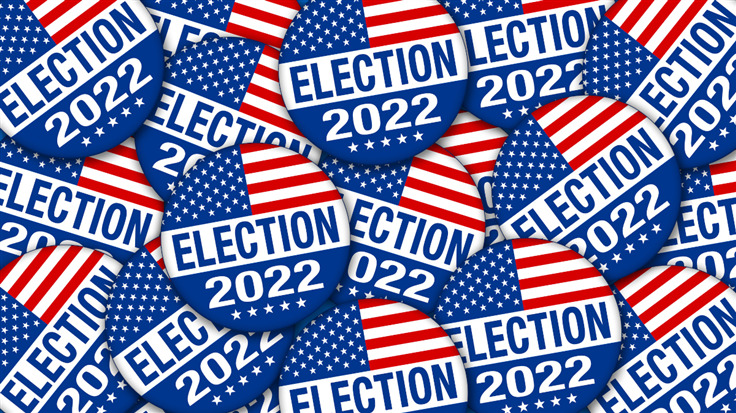 FBI, CISA warn of disinformation ahead of midterms

With the US midterm elections in sight, federal agencies are warning Americans that "foreign actors are likely to use information manipulation tactics"

In less than four weeks, the balance of power in the US House of Representatives and Senate will be up for grabs, along with a host of gubernatorial seats, and positions at the state and municipal levels.

With everyone preparing to cast their ballots, the FBI and the Cybersecurity and Infrastructure Security Agency (CISA) have reminded people about the potential threat of disinformation.

It warns that forein actors may "create and knowingly disseminate false claims and narratives regarding voter suppression, voter or ballot fraud, and other false information intended to undermine confidence in the election processes and influence public opinion of the elections' legitimacy."

It's not news that countries outside the US have engaged in disinformation operations before. And though we may immediately think of Russia, Iran, and China, it's worth keeping the other 70-odd countries that are into disinformation campaigns in mind too.

The agencies also warn that threat actors may claim they have successfully hacked or leaked election-related data, to sow distrust in the US system and undermine voter confidence. They also affirm that while threat actors might be making hay in the discourse that precedes elections, the actual election process have not been compromised.

No information suggesting any cyber activity against US election infrastructure has impacted the accuracy of voter registration information, prevented a registered voter from casting a ballot, or compromised the integrity of any ballots cast.

Americans are urged to examine both the information they receive, and its sources, with a critical eye, and to seek out reliable and verified news to share, react to, and discuss with others.

Potential election crimes, such as intentional disinformation about the manner, time, or
place of voting, should be reported to your local FBI Field Office, they say.