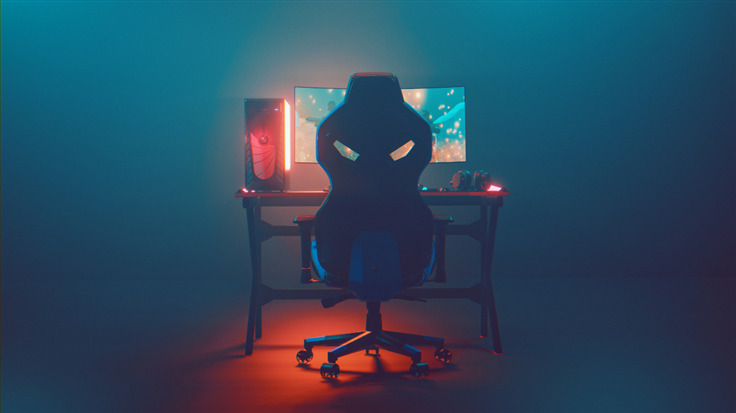 We take a look at new form of ad tech for Twitch streaming viewers, but not players. How does it work? Can it even be successful?

A new form of digital advertising is looking to make its way to you courtesy of video gaming. However, there’s a rather peculiar twist involved. These ads won’t appear in front of you while playing; in fact, they’re designed to trigger when someone else is in-game. The most baffling twist of all? Those people triggering the ads won’t see them either!

How does this work? Let’s take a look at how advertising has been used in an Amazon gaming title previously, and see how that could create a frosty reception for any new ad technology.

The sliding doors of advertising banners

This is a push to place more advertising, and sales opportunities, in front of the huge streaming audiences which exist in Twitch channels. Twitch is owned by Amazon and the retail giant is also responsible for a number of gaming titles. Any way to synergise advertising or marketing across multiple platforms is potentially going to be a big revenue generator.

The biggest of these titles, Old World, is sometimes used for various types of advertising promotions and methods. Often, this is to the annoyance of the people playing the game who’d much rather all of this was done somewhere else. For example, just recently players were complaining about Rings of Power advert banners inside a part of the New World title/continue screen. Rings of Power is developed by Amazon, and the ad promotes it as being available on Prime Video. Both show and game are fantasy worlds, so thematically there’s a connection but that doesn’t seem to have impressed at least one player out there.

Twitch streaming is a huge business, with massive audiences and a number of increasingly rich streamers. Twitch has had various types of adverts for some time now, and here too, ads are a contentious subject. Viewers complain about what they feel are too many ads in a short space of time, and streamers worry that ads can end up making your channel annoying or even reducing subscriber count.

A recent change to ad types and functionality made the ads “less annoying” overall. Even so, it seems more varied types of ad presentations were required to lower the risk of turning people away from streaming or watching altogether.

Now you see it…now you don’t (but you might)

Way back in 2005, dynamic ads were introduced to titles like The Matrix Online. Essentially these were empty billboards, and the ad network paired up with the game could display on-the-fly adverts, which meant current products could always be advertised in the game.

A whole 17 years later, we have one of the first original advancements of this digital advertising concept, though it’s a bit of an odd one. It's Old World, once again being used as a sort of test zone for advertising demo purposes:

Experimental ads technology is being tested with Amazon Game Studios to virtually insert ads in-game that would only be visible to people watching the streamer. pic.twitter.com/uWGXGzPfcK#StreamerNews

The advert, a wobbling bit of text on a wall way off to the left, is being generated by advertising tech which only displays the ad to the people watching the stream of the game being played. Nobody actually playing the game will be able to see it, a bit of ad tech wizardry that means only people who watch other people play videogames, specifically online (and not on a couch), will potentially see this ads.

There isn’t currently a huge amount of information out there on this new experimental tech yet, but it bears a striking resemblance to Virtual Product Placement (VPP) tools used to change adverts in streamed shows and movies from Amazon and Peacock  referenced back in May. It may well be different technology, but it could have easily inspired similar thinking where gaming and game streaming products are concerned.

A roll of the advertising dice

The big question is how successful is this likely to be? Traditional in-game advertising relies on funnelling players into places where they’re guaranteed to see an ad. You can’t do much with your marketing and advertising strategies if nobody sees the adverts in the first place.

As the player has no idea where the ads are, they may never venture anywhere near one of the new temporary adverts raising the question of who this is actually for, or how overt the adverts will have to be made to account for the possibility of missing them. It’s likely these in-game ads can’t be clicked, so how will anyone determine which ads are successful or failures especially given a “good” ad might never even make it to a screen?

You should always have a choice with advertising

However this is intended to work, we’ll probably have to wait a while longer to discover more concrete details. If you like streaming, whether as a player or a viewer, you are absolutely being marketed to regardless of which device or platform you use. Whether it’s pages of EULAs and data analytic opt-outs, or privacy policies filled with connected advertisers, informed decisions over your data are a good thing.

You may be able to opt-out of certain data retention policies, or block certain types of ads, but this likely won’t work everywhere. It’s up to you to decide which level of advertising, or product promotion, and even tracking or profiling you’re comfortable with and go from there. As far as anyone connected to Twitch streaming where advertising is concerned, it seems to be more of an annoyance about fatigue and intrusiveness than anything related to privacy or data collection. Perhaps a “blink and you’ll miss it” ad style is just what the streaming doctor ordered.