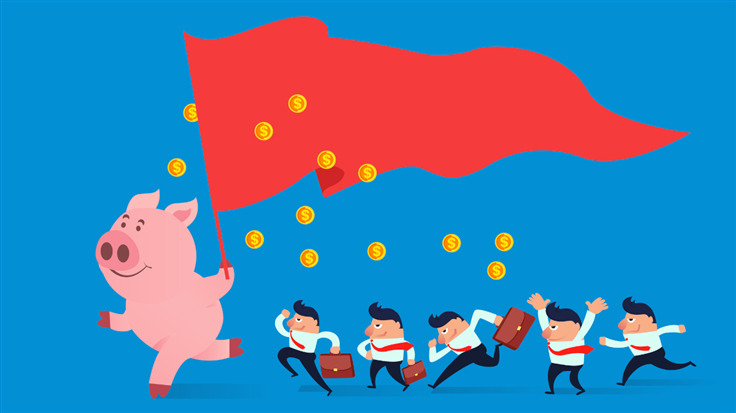 How to avoid pig butcher scams

We take a look at pig butcher scams, what they are, why they're bad, and how to avoid them.

Pig butchery scams are big business, as a recent domain seizure by the US Government illustrates. As reported by The Register, seven domains were taken down which pulled in $10 million in ill-gotten gains. In another attack elsewhere, $18 million was allegedly taken from more than 200 US residents by just 11 people located in both New York and New Jersey.

Big money stakes, then, but what is "Pig Butchery" and how do the criminals make their money?

What is a pig butchery scam?

Pig butchery is type of scam often rooted in cryptocurrency, which may or may not dovetail into romance scams. No matter the angle, most pig butchery scams begin with a supposedly accidental message intended for another person.

The first point of contact is usually a text message or something sent via WhatsApp. In fact, you may even receive one on LinkedIn! These messages are frequently about travel, or certain types of sport like golfing or tennis practice sessions. They're often sent from online accounts that are using stock photographs of models for their profile pictures. But even though you won't know these people, a simply reply of “I’m not Steve, but…” is almost exactly what the scammers want—an initial foothold to talk to you a bit more.

After some small talk, the scammer will ask if you’re familiar with investments, or cryptocurrency. They’ll then do one of two things.

This second point is where we circle back to the wave of site shutdowns.

The financial impact of a "misdirected" message

Over a period of four months, five US residents were fooled into placing their funds into seven bogus websites. Those websites were made to imitate the Singapore International Monetary Exchange, and unfortunately, it seems the sites did a convincing job here.

The five US residents lost a combined total of “more than $10 million.” Like I said earlier: big money stakes. From the Department of Justice release:

"The scammers…convinced the victims that they were investing in a legitimate cryptocurrency opportunity. After the victims transferred investments into the deposit addresses that the scammers provided through the seven seized domain names, the victims’ funds were immediately transferred through numerous private wallets and swapping services in an effort to conceal the source of the funds."

There’s no word yet if the five individuals who lost out were specifically singled out precisely because they had so much money to lose. Compare this to the other scam which raked in $18 million, but which took more than 200 people to achieve, and it does look peculiar. This could well be another case where too much information published online is turned against people at executive level, romance sites, or even lottery wins.

How to avoid becoming the pig

The good thing about pig butchery scams is that they mostly follow a narrow pattern, with few variations. If you recognize the signs, you stand a very good chance of going about your day with a distinct lack of pig related issues.

As you can see, there is a very specific goal in mind for the pig butcher scammers, and if you find yourself drawn down this path, the alarm bells should be ringing by step 4 or 5. This is definitely one of those “If it’s too good to be true” moments, and the part where you make your excuses and leave (but not before hitting block and reporting them).