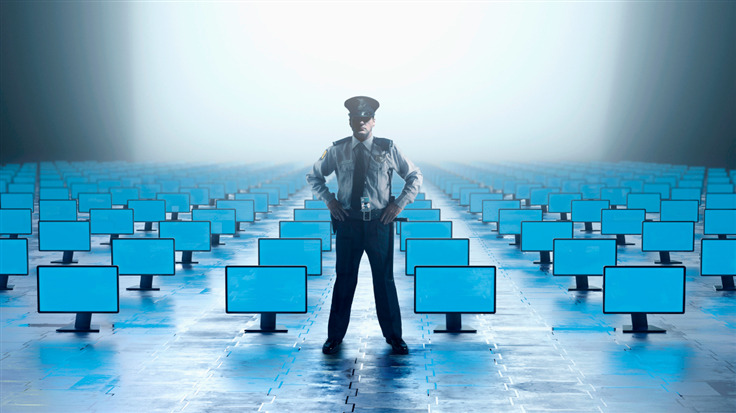 With news of the UK’s Online Safety Bill returning to Parliament next month, support and criticism for it have also made a comeback, including the contentious "legal but harmful" clause.

Progress for the Online Safety Bill, the landmark legislation that regulates online content in the UK, has been slow since its draft revision. It was further delayed when then-Prime Minister Boris Johnson resigned.

But with the Bill reportedly returning to Parliament this December, several changes are also seeing the light of day. The Guardian divulged last week that the Bill will criminalize the sharing of nonconsensual "deepfake" porn—where subjects' faces are manipulated to look like someone else—and "downblousing"—the act of secretly photographing down a woman’s top.

Now, it's been announced that the provision for "legal but harmful" content in the Bill will be dropped as it threatens free speech. Some critics—including Ian Russell, father of Molly Russell, the teenager who took her life after viewing content the father deemed "legal but harmful"—expressed disappointment over the axing, saying this is a watering down of the Bill, to which Culture Secretary Michelle Donelan denied.

"Nothing is getting watered down or taken out when it comes to children," Donelan told BBC Radio 4's Today program. "We're adding extra in, so there is no change to children. This is a very complicated Bill and there's lots of aspects to it, but I wouldn't want any of your listeners to think for a minute that we are removing anything when it comes to children because we're not."

"Legal but harmful" measures are believed to have the power to force social media and technology giants to take action on some content, such as those about suicide and self-harm, hosted on their platforms. However, such measures are also a point of contention from both sides. Those against see it as "legislating for hurt feelings", while those in favor see it as a "free pass to abusers and takes the public for a ride".

"The damaging impact that this type of content has doesn't end on your 18th birthday," said Julie Bentley, head of the charity Samaritans. "Increasing the controls that people have is no replacement for holding sites to account through the law and this feels very much like the Government snatching defeat from the jaws of victory."

There is also a coalition of organizations that see the big picture problem, not just the "legal but harmful" section of the Bill. They see the Online Safety Bill as the issue, citing it as a threat to end-to-end encryption.

In an open letter to UK Prime Minister Rishi Sunak, 70 organizations, composed of civil society groups, members of the Global Encryption Coalition (GEC), and cybersecurity experts (to name a few), not only highlighted the importance and reliance of UK residents and business to end-to-end encryption but also expressed deep concern for the Bill's potential to undermine the very protection that keeps them safe and secure online.

"Despite its intention to make the UK safer, the Online Safety Bill currently contains clauses that would erode end-to-end encryption in private messaging. As noted in a recent letter by leading UK digital rights organisations, the Bill poses serious threats to privacy and security in the UK 'by creating a new power to compel online intermediaries to use "accredited technologies" to conduct mass scanning and surveillance of all citizens on private messaging channels.'"

"Leading cybersecurity experts have made clear that even message scanning, mistakenly cited as safe and effective by its proponents, actually 'creates serious security and privacy risks for all society while the assistance it can provide for law enforcement is at best problematic.'"

"UK businesses are set to have less protection for their data flows than their counterparts in the United States or European Union, leaving them more susceptible to cyber-attacks and intellectual property theft. […] As the UK economy faces significant challenges in the wake of COVID-19 and the impacts of the War in Ukraine, it is critical that the Bill does not undermine UK tech leadership and economic security."