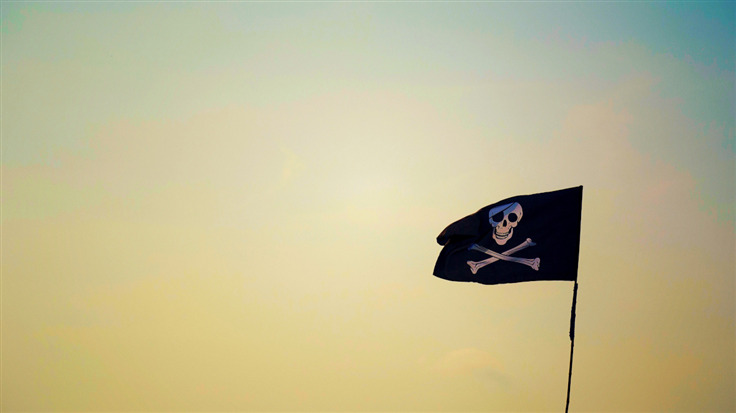 Sharing Netflix, Disney+, other passwords is illegal, according to new guidance

The UK government is flagging password sharing of streaming service credentials as piracy.

The Intellectual Property Office (IPO), the UK government body overseeing intellectual property rights in the UK, has quietly released new guidance on piracy and online counterfeit goods. This campaign is a joint effort between IPO and Meta, Facebook’s parent company.

The general issue on piracy is about the use of illegal streaming boxes and apps and how these not only expose children to age-inappropriate content due to lack of parental control but also risk putting sensitive personal information in the hands of hackers and digital thieves. What's noteworthy—as TorrentFreak pointed out—is that the UK now flags password sharing, a most talked-about issue in the realm of streaming services, as piracy. Therefore, it is illegal and a potential crime. 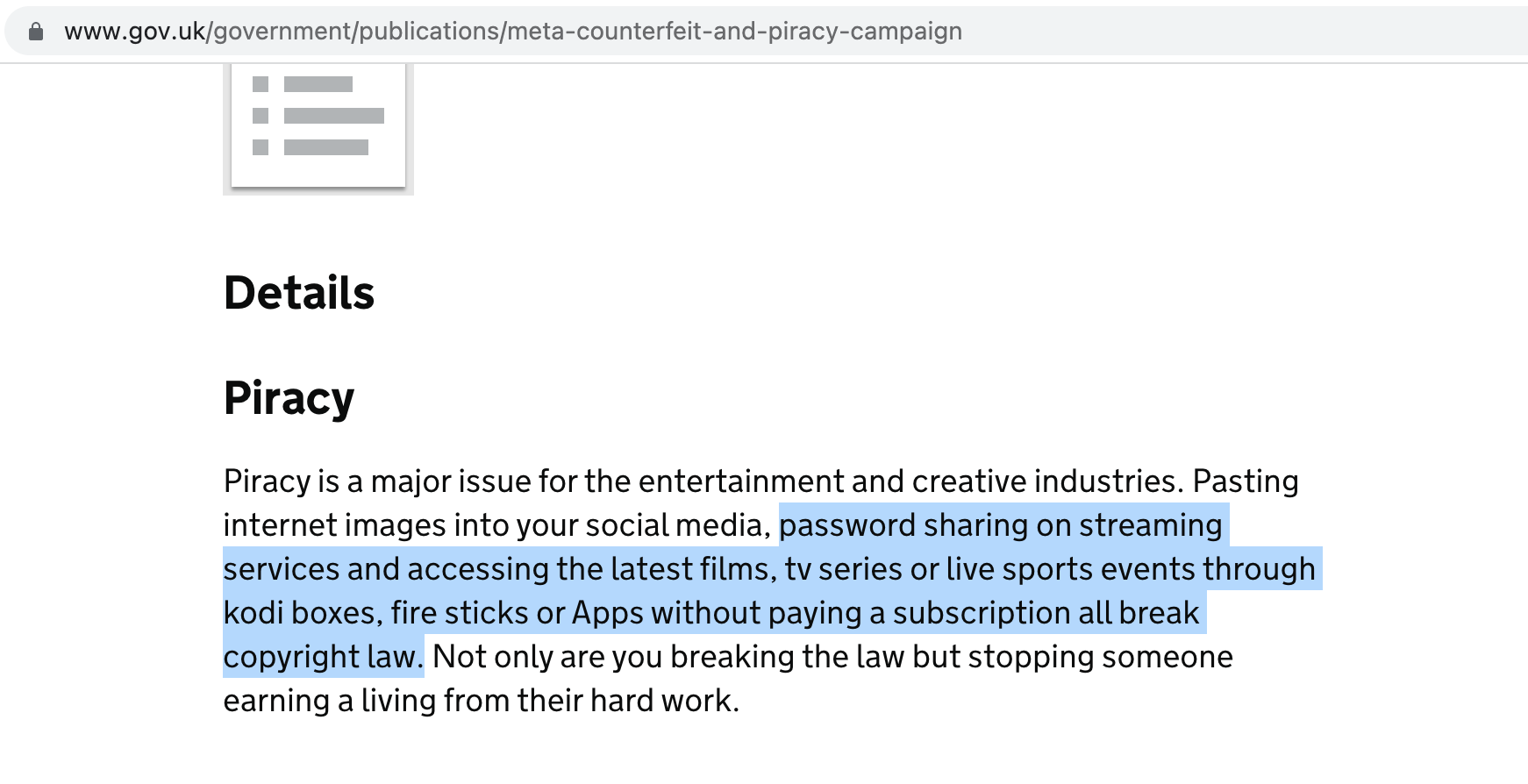 A section of the new piracy guidance from the UK government’s Intellectual Property Office (IPO), who worked with Meta to create the campaign (highlight ours). (Source: GOV.UK)

When TorrentFreak reached out to the IPO for clarification, it was told: "There are a range of provisions in criminal and civil law which may be applicable in the case of password sharing where the intent is to allow a user to access copyright-protected works without payment."

"These provisions may include breach of contractual terms, fraud or secondary copyright infringement depending on the circumstances."

Under Section 11 of the Fraud Act of 2006 in the UK, someone using "services of a members' club without paying and without being a member" is considered fraud.

It's unlikely that streaming services are going to start dragging password-sharing subscribers and moochers (those who borrow subscriber credentials) to court, but the guidance could serve as (1) a deterrent for people who’re thinking about sharing their subscriber credentials and (2) a good conversation starter between the subscriber and the relative or friend who doesn't live with them but shared their credentials with them.

Regardless of how the UK public takes the IPO’s new guidance, the fact remains that sharing one’s streaming service credentials with others is risky, security- and privacy-wise, for subscribers and usually yields negative results for the service provider. That said, these providers could lose money and will continue to as long as they let this behavior go on. According to survey findings from Beyond Identity, a passwordless identity platform, streaming services, on average, lose $642 per account moocher each year.

It also said that HBO Max stands to lose the most at around $700 a year per moocher.

And let’s not forget the cost of piracy estimated by Parks Associates, a research firm, in 2019. The report reveals that US video providers, which include streaming services, lost $9.1B to credential sharing. This amount is estimated to rise to $12.5B by 2024.

With such figures, a crackdown is inevitable—and everyone knows it.

In October, Netflix announced its plan to do just that in 2023. To pave the way for this, the company introduced features to members in Chile, Costa Rica, and Peru where they can share their account with anyone outside their household safely: new profiles can be added to accounts (for an added cost to the subscriber, of course), and profiles can be transferred to a new account or sub-account. Expect Netflix to follow through on its plan even after seeing a rise in subscribers in Q3 this year.

The company also released a feature that lets subscribers log out of individual devices. Lastly, in Latin America, Netflix rolled out additional fees for using accounts outside a household associated with them.

AT&T, the company owning HBO Max, flags "rampant" abuse when an account is used by many different households. Hulu limits same-time viewing to two screens. This is called screen capping. Disney+ uses technology at the back end that monitors account usage. However, it warns password sharing won’t be allowed forever.

"[Streaming services] don’t necessarily want people to go elsewhere," said Research Director of Entertainment and Consumer Technology at Parks Associates Paul Erickson in an interview. "We'll see them navigate that difficult middle ground where they’re not trying to give the service away, but they’re also not trying to drive people away either."