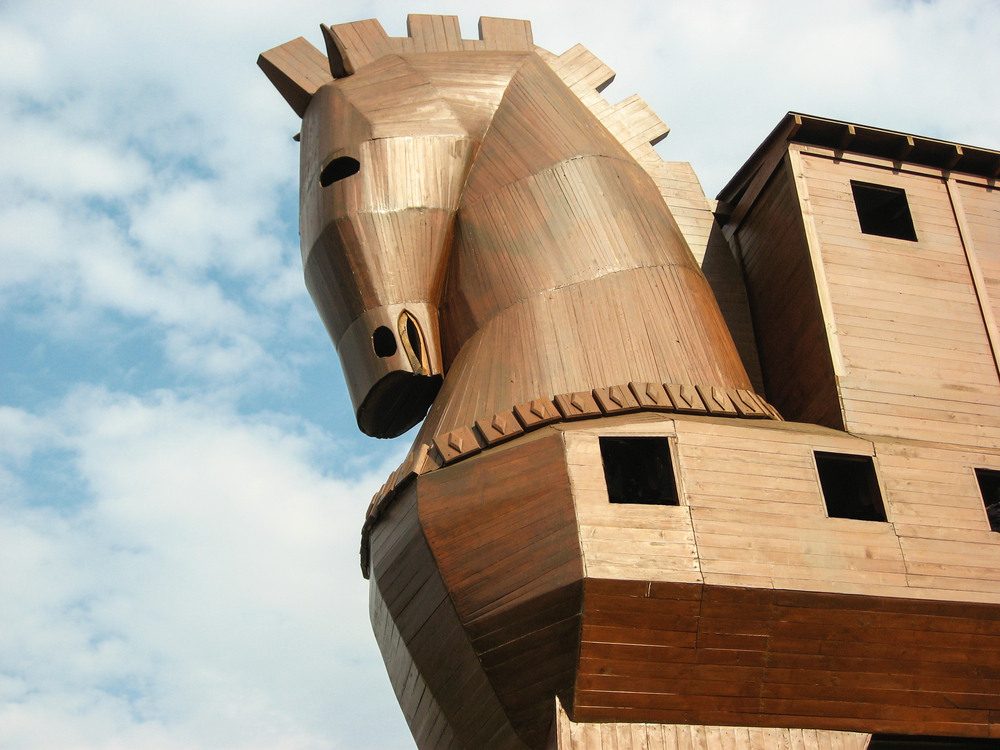 Computer Trojans, like the mythical horse of the Trojan war, disguise themselves as something useful. Once inside, however, they often download and install other vicious malware.

A Trojan (horse) in computer-terms is a type of malware that does not replicate itself.

The name is based on the mythological tale of Greek warriors who hid inside a giant wooden horse that was suppose to be a "present" to the city of Troy. After dark, the Greek warriors opened the previously impenetrable gates of Troy to let in the rest of their army and sacked the city.

So, the name is very fitting, because computer Trojans often disguise themselves as something useful or at least innocent. Once they are inside, however, they often download or install other malware on the user’s computer. 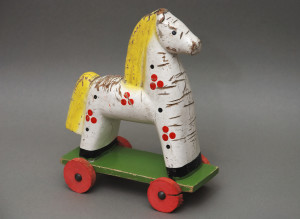 Definitions on what is a Trojan horse differ greatly, but the common factors are that Trojans:

Self-replication is what we understand to be creating and distributing copies of itself to other parts of a computer or to other computers. A property commonly assigned to viruses.

Coming disguised as harmless can be interpreted in many ways. It is not uncommon for Trojans to be offered as cracks or keygens, something which I personally would not call harmless, but users could download these files as something they feels is useful.

Opening your system to more harm is also a wide field of possibilities because there are  many types of Trojans -- most of them named after their main function. Please note that it is not uncommon for Trojans to have multiple functions and the definition of Trojans is not narrowed down and is open to discussion, so the list will never be complete.

Long after Helen of Troy, the war against Trojans has rekindled in a different manner. Famous computer Trojans are Beast, which made the client-server model very popular. The server being on the infected computer and the client on the operator. Its many features and the ease of use for the client made it very popular. Another Backdoor that was very popular and well-known is Sub7. Zeus on the other hand started as a banker Trojan, originally aimed at a limited group of people, but years later the various Zeus' botnets are estimated to include millions of compromised computers. A more recent giant is the ZeroAccess Rootkit, held responsible for a botnet spread estimated to have been present on millions systems.

In this day and age of commercial malware the power is in the numbers. Even if only a small percentage of users falls for the tricks and schemes used by malware writers (and phishing the like) there is still an enormous amount of money to be stolen. Valid email addresses get sold by the thousands. A botnet controller can be hired to use his bots to take down any site or server. The fee will depend on how many bots it takes to get the job done. And the money the malware writers and operators make is only a small portion of the cost as business week showed us a year ago.

How does Malwarebytes Anti-Malware help you?

Malwarebytes Anti-Malware  detects all known Trojans and more, since 80 % of Trojan detection is done by heuristics.