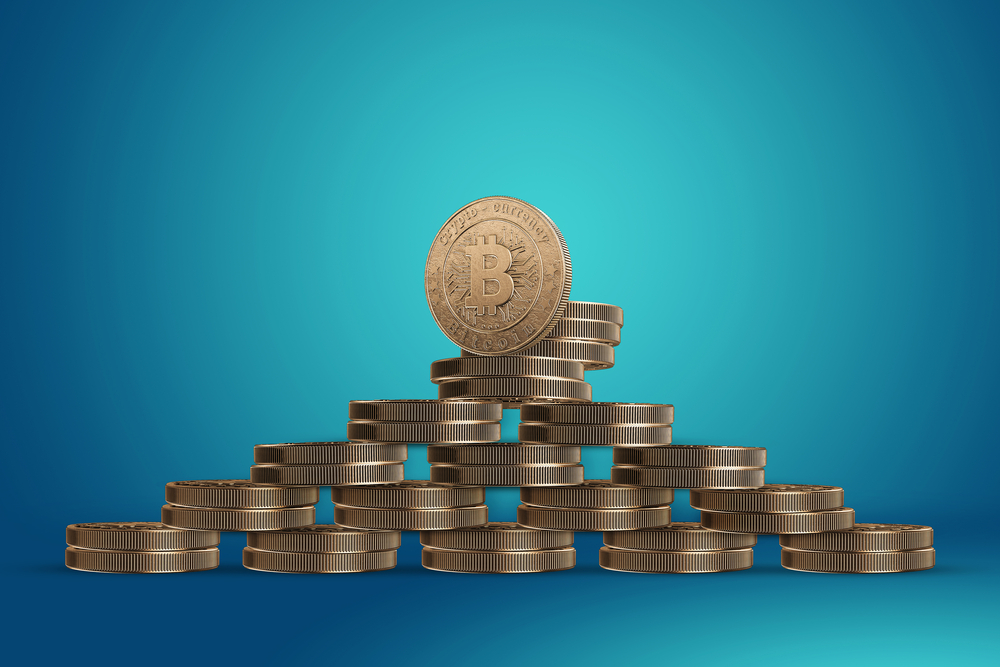 There's a hole in my bucket: Bitcoin scams aim to exploit volatile market

The world of Bitcoin is ablaze with profit, speculation, and potential riches for all. Unfortunately, scammers are in on the action and will stop at nothing to relieve the unwary of their digital fortunes. What are the threats, and what can you do to stay safe?

Only one of these is currently worth ridiculous amounts of money (and technically numbers two and three are the same thing). Whether you're in possession of lots of Bitcoins, or in full bandwagon panic "must buy 20 graphics cards before the bubble bursts" mode, you should be aware that lots of awful people want in on your precious haul. Indeed, the past week or so has seen an explosion of Bitcoin-centric scams, fakeouts, and all-around bad behaviour as scammers look to cash in at your expense.

The huge value of Bitcoin, plus the launch of Bitcoin futures, has attracted so many scammers that it's difficult to keep up, whether it's fake endorsements from well-known traders or plain-old RATs targeting would-be investors. Fake news, malware, bogus wallets, and even Bitcoin laundering via self-made music loaded onto the iTunes store—everyone seems to have gone a little Bitcoin crazy.

The top 6 trending searches on the @AppStore are crypto currency based. I’ve never seen a “theme” in here. pic.twitter.com/19uhXjJhnp

Bitcoin is here to stay—but what is it?

Bitcoin is a digital currency created by someone claiming to be Satoshi Nakamoto (which may well be an alias), and it's all about digital wallets, mining, and hoping someone doesn't steal millions overnight. It's even being used as a volatile talking point related to ads, scripts, and blocking—from random websites to free wi-fi services, everyone is getting in on the action.

In this chaotic mess of bubbles, adverts, scams, and mistaken identities, the price of Bitcoin has gone through the roof. The reasons for which are multifaceted and also involve people endlessly talking about it. It may well be something off in the distance for many people, or some weird Internet thing you keep hearing people mention in horribly confusing terms, but make no mistake, it's becoming mainstream. In fact, Bitcoin is rising so suddenly that people are taking out mortgages so they can get in on the Bitcoin action .(Tip: You probably don't want to do this).

An avalanche of chicanery

This past week, we've seen quite a few things you may want to steer clear of—from mobile to survey scams. It's frankly overwhelming and for many of us, there's simply no way to tell the good from the bad from the mildly shoulder shrugging.

For example, someone has taken ye olde survey scam and remixed it for the coin collective: 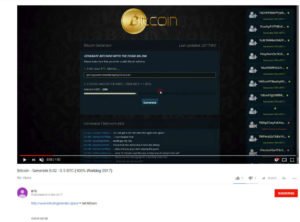 Advertised on Youtube (until the video was pulled down, anyway), this site claims to generate Bitcoins with a 100 percent success rate. Sure does beat all that cumbersome mining and electricity use, and this is a definite boon for someone trying to jam a GTX1080 graphics card into a netbook. The site itself, located at bitcoingenerator(dot)space, is exactly what you'd expect a survey scam to look like, except it's asking for Bitcoin addresses instead of how many Xbox Live points you want. 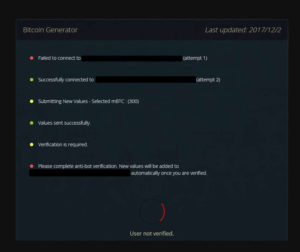 Users need to be verified by filling in a selection of geotargeted surveys. You don't need me to tell you that survey scams are junk. They've been around forever, and are the absolute bottom rung of unimaginative, cookie-cutter fakeouts that never give you what you want. They're the first thing to fall out of the "In case of scam emergency, break glass" box.

Seeing one suddenly throwing itself on the Bitcoin bandwagon is a bit of an eye-opener though, and something we should take notice of. People will seemingly do pretty much anything to nab some free coins, including clicking this shortened link roughly 34k times to play a game of snake-as-Bitcoin-faucet. 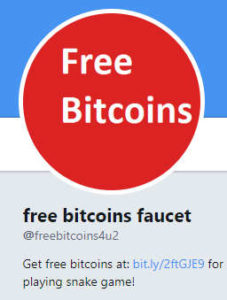 Sadly, the landing page is dead at time of writing, so we have no way of knowing if this one ever got off the ground. It could well be legit, but keep in mind that sites and videos will claim to offer up all manner of faucets. Not all of them will play nice, so on your own snakey visage be it, and be especially cautious around any downloadable executables.

Elsewhere, we have our old friend the tech support scam marching in the direction of coin-related antics. Or at least, scammers using some of the hallmarks of the tech support scam in an effort to part Bitcoin traders using Kraken from their digital currency. A good while ago, I covered fake EA support accounts who wait for the real thing to go "out of office," then slide into conversations before directing victims to phishing links. This has a bit of a similar feel, with scammers waiting for trading sites to go offline due to maintenance/bad luck/DDoS/whatever, then jump into hashtags on social media with links to fake support sites, including phony "support" over the phone. It all ends in phishing and vanished coins.

Ignore that part of your brain that says, "Well, it's just one coin or whatever," because the problem is these things are so highly-valued right now that takes just one being swiped to cause major problems. And that, in turn, makes coins the absolute number one hot target on the block right now. Or, to put it another way: 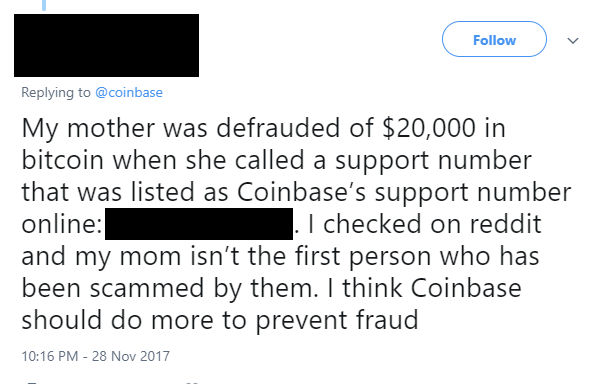 That is an astonishing amount of cash to be cheated out of, and it'll only get worse as scammers come up with the path of least resistance for obtaining illicit Bitcoins. It also seems like this has been going on for a while, so sites dealing in and around coins should consider bulking out their security hints and tips for new (and even experienced) Bitcoiners.

If you're feeling a little swamped with the perils of Bitcoin, that's understandable. Potential bubble + massive bandwagon + huge array of services + large corporations taking an interest + hordes of newcomers who have no idea what's legit and what isn't charging into the fray = please pass me the headache tablets.

Something we've been seeing recently is sites offering "crypto debit cards" if visitors invest certain amounts into their linked wallets. Is that real? Fake? A good deal? What's the benefit for doing this? What on earth does this mean in the terms and conditions?

Why do you have to be in a SEPA country? What is a SEPA country? All of these questions and more can be yours, for the low, low price of total and utter confusion. Make no mistake: if you want to make serious cash, you're going to have to do some serious research.

Cornering the market on best practices

Whatever your way in, please take some time to read up on the pros and cons of digital currency. Unless you understand the basics, even the simplest of easy-to-spot Bitcoin scams may well elude your radar until it's too late. Considering the huge sums at play, and the breakneck pace being set by all things digital currency, it's never been more important to be fully aware of the risks as well as the benefits of cashing in your crypto-chips.