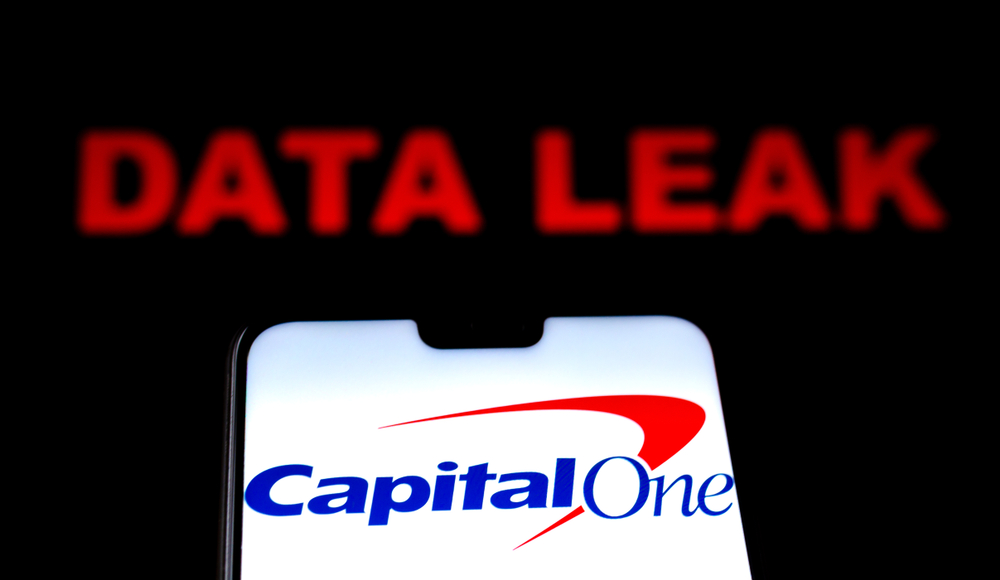 The Capital One data breach is an exceptional example, if only because of how much we already know. Not only that, but the breach happened to one of the technical front-runners in banking.

Just as we were wrapping up the aftermath of the Equifax breach—how was that already two years ago?—we are confronted with yet another breach of about the same order of magnitude.

Capital One was affected by a data breach in March. The hacker gained access to information related to credit card applications from 2005 to early 2019 for consumers and small businesses. According to the bank the breach affected around 100 million people in the United States and about 6 million people in Canada.

What’s very different in this breach is that a suspect has already been apprehended. On top of that, the suspect admitted she acted illegally and disclosed the method she used to get hold of the data. From the behavior of the suspect you would almost assume she wanted to get caught. She put forth only a minimal effort to hide her identity when she talked about having access to the data, almost bragging online about how much she had been able to copy.

A former tech company software engineer that used to be employed by Amazon Web Services (AWS) was storing the information she gained from the breach in a publicly accessible repository. AWS is the cloud hosting company that Capital One was using. From the court filings we may conclude that Paige Thompson used her hands-on knowledge of how AWS works and combined it with exploiting a misconfigured web application firewall. As a result, she was able to copy large amounts of data from the AWS buckets. She posted about having this information on several platforms which lead to someone reporting the fact to Capital One. This led to the investigation of the breach and the arrest of the suspect.

How should Capital One customers proceed?

Capital One has promised to reach out to everyone potentially affected by the breach and to provide free credit monitoring and identity protection services. While Capital One stated that no log-in credential were compromised, it wouldn't hurt to change your password if you are a current customer or you recently applied for a credit card with the company. For other useful tips, you can read our blogpost about staying safe in the aftermath of the Equifax breach. You will find a wealth of tips to stay out of the worst trouble. Also be wary of the usual scams that will go online as spin-offs from this breach.

What can other companies learn from this incident?

While the vulnerability has been fixed, there are other lessons to be learned from this incident.

Even though it is impractical for companies the size of Capital One to run their own web services, we can ask ourselves if all of the sensitive information needs to be stored in a place where we do not have full control. Companies like Capital One use these hosting services for scalability, redundancy, and protection. One of the perks is that employees all over the world can access, store, and retrieve any amount of data. This can also be the downside in cases of disgruntled employees or misconfigured Identity & Access Management (IAM) services. Anyone that can successfully impersonate an employee with access rights can use the same data for their own purposes. Amazon Elastic Compute Cloud (EC2) is a web-based service that allows businesses to run application programs in the AWS public cloud. When you run the AWS Command Line Interface from within an Amazon EC2 instance, you can simplify providing credentials to your commands. From the court filings it looks as if this is where the vulnerability was exploited for.

Ironically, Capital One has released some very useful open source tools for AWS compliance and has proven to have the in-house knowledge. Capital One has always been more on the Fintech side than most traditional banks, and they were early adopters of using the Cloud.  So, the fact that this breach happened to them is rather worrying as we would expect other banks to be even more vulnerable.

Even though we already know a lot more details about this data breach than usual, we will follow this one as it further unravels.