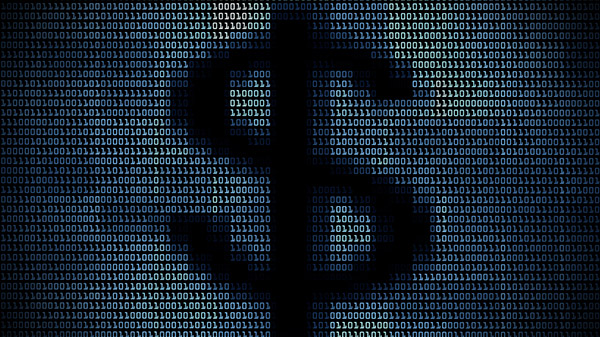 'Data as property' promises fix for privacy problems, but could deepen inequality

Data property supporters in the US argue that, through data payments, Americans could rebalance the relationship they have with the technology industry, giving them more control over their data privacy and putting some extra money in their pockets. But the cost to privacy, some say, is too high.

In mid-November, Democratic presidential hopeful Andrew Yang unveiled a four-prong policy approach to solving some of today’s thornier tech issues, such as widespread misinformation, technology dependence, and data privacy. Americans, Yang proposed, should receive certain, guaranteed protections for how their data is collected, shared, and sold—and if they choose to waive those rights, they should be compensated for it.

This is, as Yang calls it, “data as a property right.” It is the idea that, since technology companies are making billions of dollars off of what the American public feeds them—data in the forms of “likes,” webpage visits, purchase records, location history, friend connections, etc.—the American public should get a cut of that money, too.

Data property supporters in the US argue that, through data payments, Americans could rebalance the relationship they have with the technology industry, giving them more control over their data privacy and putting some extra money in their pockets, should they want it.

But data privacy advocates argue that, if what Americans need are better data privacy rights, then they should get those in an actual data privacy bill. Further, the data property model could harm more people than it helps, disproportionately robbing low-income communities of their data privacy, while also normalizing the idea that privacy is a mere commodity—it’s only worth the sale price we give it.

To some, a data property model would only keep large corporations in control. No sudden wellspring of rights. No rebalance of power.

“Paying someone for their work is not a magical recipe for eliminating inequality, as two centuries of capitalism have demonstrated,” Mejias said. He said that, like plantation owners and factory owners, modern data-mining companies understand that, to maintain their profit streams, they have to allow some leniency towards those who they profit from—the people.

“So, we will probably start to see more proposals to ‘fix’ the system by paying us for our data, even from ‘progressive’ figures like Yang or [Jaron] Lanier,” Mejias said. “This, however, does not amount to the dismantling of data colonialism. Rather, it is an attempt to make it the new normal.”

He continued: “The surveillance mechanisms would not go away; they would just be paying us to put up with them.”

In 2013, the computer scientist Jaron Lanier, who Mejias referenced, published the book Who Owns the World, a forward-looking, philosophical analysis about our relationship with data and the Internet. In the book, Lanier proposed a then-novel idea: People should be paid royalties for the data they create that goes on to benefit other people.

Six years later, Lanier has refined his ideas into the banner of “data dignity.” As he loftily told the New York Times in a video segment, a recording of “Für Elise” buoying his words:

“You should have the moral rights to every bit of data that exists because you exist, now and forever.”

Here’s what that society would allow, supporters say.

One, if consumers own their data, they can make decisions about how companies treat it, including how their data is collected and then shared and sold to separate, third parties. By having the option to say “no” to data sharing and selling, consumers could, in effect, say “no” to some of the most common data privacy oversteps today. No more menstrual tracking information shared with Facebook. No more GPS location data aggregated publicly online. Maybe even no more Cambridge Analytica.

Two, the option to sell data could potentially benefit countless Americans with a near-endless revenue stream. Christopher Tonetti, associate professor of economics at Stanford University’s Graduate School of Business, argued in the Wall Street Journal that data is unlike most any other commodity because its value continues after the first point of sale.

“With most goods—think of a plate of sushi or an hour of your doctor’s time—one person’s consumption of the good means there is less to go around. But data is infinitely usable,” Tonetti said. “That means that if consumers could sell their data, they would have the ability to share the data from any transaction with multiple organizations—to their own benefit and that of society as a whole.”

This potential passive, money-making venture gains even more appeal when major political players—like Yang—argue that “our data is now worth more than oil.”

But there's missing information in that statement, say data privacy advocates. Our data is worth more than oil to who?

Curiously absent from the discussions about data property rights are detailed analyses about the actual value of consumer data. Sure, the numbers may show that the data-driven advertising industry has eclipsed the dollar-size of the oil industry, but there is no data analogue for what an oil barrel costs. There’s no going rate for Facebook likes, no agreed-upon exchange rate for Instagram popularity.

“When you look at a sell list of location data, and do some back-of-the-envelope math, where a company paid this much for it, and there’s 50 people on the list, and therefore, their data is worth this—that’s not how it works,” Tsukayama said. She said we similarly cannot track the value of the average Facebook user’s data based on a simplistic equation of dividing the company’s ad revenue by its user base.

Tsukayama also pointed to a bigger problem with the data as property model: Consumers will not be selling their data, so much as they’ll be selling their privacy. And for some types of data, the invasion of privacy will always cost too much, she said.

Taking the example to what he called an extreme, Marlow said:

In all these situations—whether its vague data valuation, contextual pricing, or putting a literal price tag on privacy—both Tsukayama and Marlow agreed that some consumers will be harmed more than others.

Much like the pay-for-privacy schemes that have bubbled up in the past year, data property models would enable companies to take advantage of low-income communities that need the extra money. It’s much easier for a middle-class earner to say no to a privacy invasion than it is for stressed, hungry families, Marlow said.

“If you have parents who are struggling to put food on the table—who are eating bread and drinking water for multiple dinners—and you say ‘I will give you money if you sell your data’ and you don’t even say how much, they will say yes immediately,” Marlow said. “Because they cannot afford to say no.”

Finally, the actual money going into consumers’ pockets from a data property model might be a “pittance,” Tsukayama said. She added that, for the consumers who take the money, it isn’t worth the cost to their privacy.

“It’s a particularly pernicious form of privacy nihilism, where someone would say ‘Fine, do what you want, just throw me a little bit back,’” Tsukayama said, imagining a bargain in which consumers are fine with privacy invasions so long as they get a little bit of money.

So, if low-income communities are disproportionately harmed, and if consumers receive pennies, and if the sale of privacy becomes normalized for those pennies, who wins in this model?

“If you get a cent and they get a nickel, and they do this hundreds of thousands of times, there’s real money to be made for them,” Marlow said.

He said there are already examples of these types of companies. He said he pushed back against one earlier this year, when a data property bill landed in Oregon.

In the past year, the idea to treat data as property has escaped the niche audiences served by papers like the Wall Street Journal and the Harvard Business Review.

It’s now inspired lawmakers across the US.

For US Senators Mark Warner and Josh Hawley, who together introduced the DASHBOARD Act, giving consumers better transparency into the value of their data would better enable consumers to make informed decisions about what tech platforms to use. For Representative Doug Collins of Georgia, who proposed a bill to protect online privacy, giving the American people the right to own their data is a cornerstone to navigating the future economy.

But the clearest legislative push for data property rights landed in Oregon earlier this year in Senate Bill 703. Introduced by one state senator and two representatives, the bill was strongly supported by a company called Hu-manity.co, a seemingly small shop with the big idea that legal ownership of data property should be the next, universal human right.

In 2018, Hu-manity.co announced a way to try to provide consumers with that right: its own app, dubbed #My31 (there are currently 30 agreed-upon universal human rights per the United Nations). The app, which focuses strictly on medical data, gives consumers an option to declare how they would like that data to be used, including leasing, sharing, donating, or getting paid for it.

#My31, then, aligned perfectly with SB 703: A bill to allow Oregonians to sell their medical data for money.

Hu-manity.co was far from alone in supporting the bill; many similar companies submitted written testimony for lawmakers to consider. SB 703, the companies said, was a strong step toward protecting consumers’ rights to own and share their medical records as they see fit, potentially enabling them to better develop a comprehensive profile, no matter which hospitals or providers they’d used in the past. Further, some companies said, the ownership of medical data would also allow users to more easily donate that data to medical research.

“Hu-manity.co argues that, insofar as patient data is already being sold, its legislation is merely designed to give consumers ‘ownership’ of their data and a cut of the profits,” Marlow said. “But savvy bill readers will note that the proposed laws contain no defined percentage of the profits patients are entitled to, so they could receive mere pennies of Hu-manity.co’s revenue in return for giving up their privacy.”

Health Wizz, a company that also lets users control their medical data, wrote in its testimony: “We don’t need more privacy legislation,” but instead, better transparency.

Introduced in January, SB 703 is currently before the state Senate’s Joint Committee on Ways and Means.

Depending on who you ask, the ability for consumers to own their data will produce one of two winners—consumers or corporations.

According to Mejias, the associate professor at SUNY Oswego, though, there is no reason to expect the data property model to solve our current privacy problems, it will only deepen them:

“The promise of a few more bucks at a time when social support systems are disappearing and inequality is rising would simply re-create an unequal system where those with more means can afford privacy and freedom, and those with less means are subjected to more intrusion, surveillance and quantification, which ultimately perpetuates their position.”