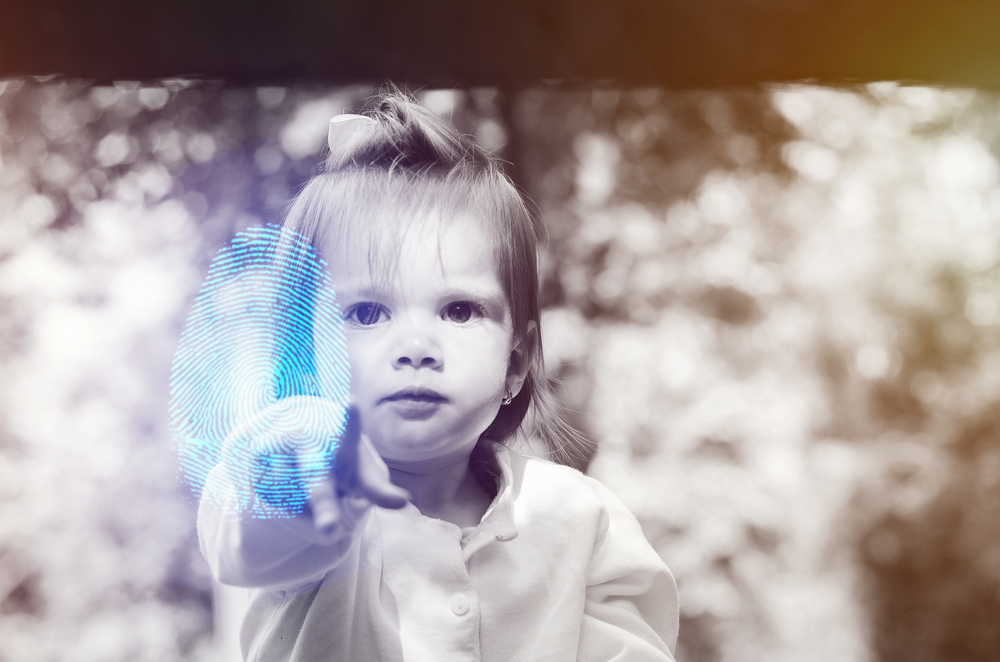 In this two-part series on child identity theft, we shed light on the growing problem of familiar fraud, where those entrusted with a minor's information are the very ones who abuse it.

In 2013, 30-year-old Axton Betz-Hamilton received an angry phone call from her father two weeks after her mother, Pam, died.

"What the hell were you thinking?" he screamed. He had just unearthed a credit card statement in her name that had run over its limit from a box of her mother’s paperwork.

Betz-Hamilton reasoned that the statement must be from one of the credit cards taken out by her identity thief, who had been using her Social Security number (SSN) since she was only 11. She wondered what the statement was doing in her mother’s possession.

"I don't know," her father had said, "but it's here in this file folder, along with your birth certificate." At that moment, Betz-Hamilton knew she had found the elusive identity thief who destroyed her life and put her father and long-dead grandfather into severe debt. Her own mom.

Identity theft is a genuine problem that strikes fear in most adults. For parents or guardians of children under the age of 18, however, the thought may not come to mind. However, child identity theft does happen, and this type of fraud is, frighteningly, becoming more common.

Child identity theft, also known as child identity fraud, usually occurs when someone takes a minor’s personally identifiable information (PII) and other data. At the top of the list is the Social Security Number (SSN), which parents usually receive as soon as their child is born. Other data that can be swiped are children's names, physical addresses, dates of birth, and social media credentials.

A study by Javelin Strategy & Research revealed that, overall, more than 1 million US children had their identities stolen in 2017.

Having a child’s identity stolen is not that different from stealing an adult’s identity. In most cases, minors' data is leaked through data breaches. Sometimes, parents inadvertently give away their child’s data, not knowing that they can choose to mostly withhold it.

Take, for example, a mother who fills out forms at the doctor’s office. Although many healthcare providers ask for an SSN, it is not always required. Instead, the Federal Trade Commission (FTC) advises parents and guardians to provide an alternative form of identification. Or they can also only give out the last four digits of the child’s SSN.

Child identity fraud has also been linked with cyberbullying. The 2018 Child Identity Fraud Study found that both bullying and fraud arise from the same vulnerabilities in a child: the tendency to overshare personal information online.

“Children who are unprepared to protect themselves from online risks are likely to encounter individuals who wish to target them emotionally or financially,” said Al Pascual, Senior Vice President, Research and Head of Fraud & Security at Javelin Strategy & Research. “Bullied children may be more vulnerable to fraud as they are taken advantage of when they seek friendship online.”

Minors who are cyberbullied are at least nine times more likely to be victimized by fraudsters compared to those who aren’t bullied. But another emerging trend in child identity theft establishes an even more worrying trend: What happens when the very people children should trust with their information are the ones abusing it?

What is familiar fraud?

While we usually connote adult identity theft with anonymous scammers, child identity theft may not always be conducted by the faceless, hooded hacker we see in stock photos and crime dramas.

Familiar fraud is a type of fraud wherein family members are found out as perpetrators of identity theft within the family. It’s a husband stealing his wife’s identity, aunties stealing their niece’s identity, one sibling after another’s, or—in Betz-Hamilton’s case—a parent stealing their child’s, partner’s, and father’s identities.

Sometimes, fraud is also considered “familiar” in nature if it is perpetrated by someone who is close to the family but not blood relatives. This could be friends, neighbors, or even coworkers.

Unlike other fraud, familiar fraud isn’t always conducted with an intent to harm. Sometimes, parents steal and use their child’s identity to subscribe to services, giving the reason that the child benefits from these services as well. However, according to Robert P. Chappell Jr., law enforcement veteran and author of the book Child Identity Theft: What Every Parent Needs to Know, this justification is a stretch.

Recommended reading: What is identity fraud?

There are several motivations behind identity thieves within the family. A parent or relative might be acting out of desperation, such as wanting to receive healthcare benefits but being unable to apply because they struggle with bad credit. At times, it is suggested, such relatives couldn’t help it due to psychiatric and psychological issues. Let us also not discount plain old greed.

Familiar fraudsters often keep the fraud going for as long as they can. Since they usually know their victim enough to pose as them and have ready access to mail with sensitive information—thus making familiar fraud another form of crime of opportunity—they can easily access accounts and even open new ones under their victim’s name.

When familiar fraud is brought to light, victims are forced to make a difficult decision: file a report against a family member or stay in debt. Sadly, victims tend to go for the latter. They are reluctant to file a report against their familial identity thief or cooperate with fraud investigations as they don’t want to get them in trouble despite of the trouble this has caused them. They also do this to avoid family backlash, drama, and to preserve family relationships.

If victims do take action on the familiar fraud, they don’t often get support from other family members as they find it unfathomable for a relative to be perpetrators of fraud against another relative.

If familiar fraud victims are willing to give their relative thief a pass, they are only putting themselves at a disadvantage. This is because it limits them from the available options, they can take to address the problem, which is their sullied identities due to poor credit. No police report or fraud investigation could also mean that lenders would be less inclined to consider their debt as fraudulent.

What are the repercussions of child identity theft within the family?

Effects of fraud, in general, could be immediate and long-lasting. But familiar fraud drags a lot more with it. It can go beyond merely going out of pocket fighting the problem (although this is a significant one). Familiar fraud deeply affects victims mentally, emotionally, and sometimes physically.

Apart from a wrecked credit, child victims of identity theft may find it difficult to believe that someone they fully trust, such as a parent, could harm them this way by letting them pay for their bad debts. This leads to emotional and psychological trauma. They may feel violated, betrayed, and guilty. In a study, Experian found that adults who had been child fraud victims reported feeling stressed, angered, and concerned. The experience also affected their feelings of self-worth, thus tending to feel suicidal.

Not only that: the physical well-being of identity fraud victims may manifest signs of struggle from the ordeal. In a 2017 Identity Theft: The Aftermath report [PDF], the Identity Theft Resource Center (ITRC) reported that stress (64.3 percent) topped the list. This is followed by loss of concentration or focus (37.1 percent); fatigue (35 percent); aches, pains, stomach issues, heart palpitations, and sweating (23.1 percent); sleep disturbances (48.3 percent); and an inability to work due to these physical symptoms (28.7 percent). This is why a number of victims usually seek the help of professionals to deal with their trauma.

In part 2 of this blog series, we’ll be touching on signs that your child’s identity may have been compromised, the digital footprints parents leave behind for their kids and the correlation to fraud, and how parents can reclaim their child’s identity.