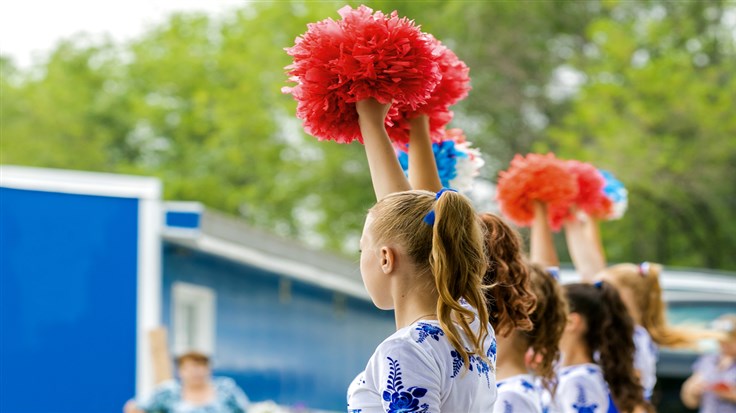 Court records reveal that Raffaela Spone's daughter has no idea her mother has been harassing members of her cheerleading squad.

A Pennsylvania woman reportedly sent doctored photos and videos of her daughter's cheerleader rivals to their coaches, in an attempt to embarrass them and get them kicked off the team. She's alleged to have used deepfake technology to create photo and video depictions of the girls naked, drinking, and vaping, law enforcement officials said.

The woman—50-year-old Raffaela Spone—was arrested in early March and charged with multiple misdemeanor counts of cyberbullying, after targeting three teen girls in Victory Vipers, her daughter's cheerleading squad, and three counts of harassment. However, she was later released on the condition that she attends her preliminary hearing on March 30.

A deepfake, is a realistic fake image or video that uses machine learning to replace the original subject with somebody else's likeness. The usual recipe needed to create one is a deepfake tool, which are becoming widely accessible online, the original image or video, and a photo or photos of the person being added to it.

According to reports, Spone likely used images from the girls' social media accounts to create the fake media. She also anonymously sent harassing text messages from multiple fake phone numbers to the girls, their parents, and the owners of the gym where the cheerleading squad practiced. Some messages contained deepfakes, and some messages urged them to kill themselves, according to The Philadelphia Inquirer.

Police were able to identify that the fake numbers Spone used belonged to an app called Pinger. This allowed them to acquire the IP address messages were coming from, and then use the IP to acquire Spone's home address and phone carrier. Further searches on Spone's phone revealed evidence tying her to the deepfakes.

Per court records, there was no indication that her daughter knew what her mother was doing.

"Here are some of my concerns in this case," said Bucks County District Attorney Matt Weintraub during a news conference Monday, "[deepfake] tech is now available to anyone with a smartphone. Your neighbor down the street, somebody who holds a grudge—you'll just have no way of knowing. This is prevalent."

He continued, "This is also another way for an adult to now prey on children, as is the case of the allegations in this instance."

Crimes committed by Spone was something Henry Ajder, a deepfake researcher, saw coming. Speaking to The New York Times, Ajder, who anticipates that deepfake depictions will become more realistic in the next five years, is concerned they could be used to "attack individuals, create political disinformation ... conduct fraud and manipulate stock markets".

Robert Birch, Spone's attorney, revealed to WPVI-TV, a local network, that his client has received death threats after reports about the deepfakes appeared in the press.

"When this incident came to our attention last year we immediately initiated our own internal investigation and took the appropriate action at the time. This incident happened outside of our gym. When the criminal investigation ensued, we fully cooperated with law enforcement. All athletes involved, are no longer a part of our program."

Other posts on the subject of deepfake: