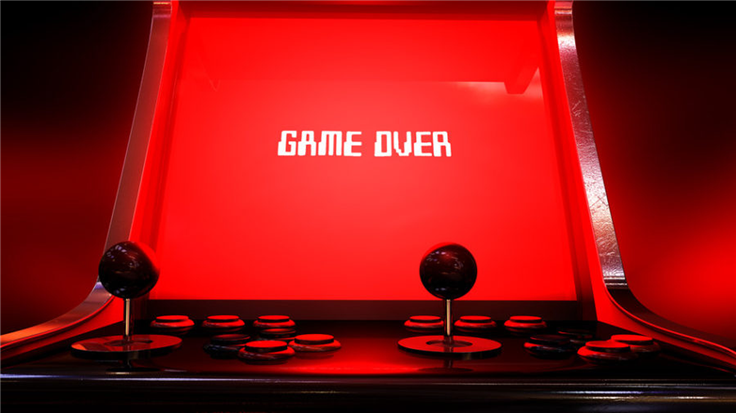 A number of video games stopped working at the weekend. We look at an expired domain which appears to be the cause of the problem.

We’ve seen quite a few complaints from gamers this past weekend, unable to load up and play games on the Steam platform. The problem wasn’t hackers, or DDoS attacks, or anything else. Rather, the issue is something bundled with the game by default designed to keep titles “secure” from tampering. When something simple is overlooked, the fallout can be significant and that's what we're going to dig into.

What is Digital Rights Management?

This is something generally designed to protect copyrighted works or certain types of hardware. You’ve almost certainly encountered it going about your daily business. If you bought MP3 files from a music store but were unable to copy the files to different drives, or they only used the store’s own music player? That’s DRM. If you tried to copy a DVD and were prevented? That too is DRM.

If you tried to pirate a video game and all your attempts were thwarted? That is most definitely DRM. There’s been lots of somewhat peculiar DRM tactics in gaming land down the years. Who could forget Monkey Island’s Dial-A-Pirate? With always-on internet, things aren’t quite so peculiar anymore. Everything is typically done with software and digital/hardware identity verification.

The many forms of DRM

There are many different types of DRM for video games. Some of them are called plain old DRM. Others may be anti-tamper, or anti-cheat. Some might be a combination of all three.

One company, Denuvo, doesn’t want to be seen as DRM, and emphasizes the anti-tamper approach. Eventually, everything gets cracked. It’s one of those inevitable happenings. At that point, the DRM/anti-tamper/anti-cheat people go back to the drawing board. They then come back with something designed to last a little longer. And on it goes.

Still, whether you call it DRM, or anti-tamper, or anything else: if something goes wrong, the game(s) may not work for a while. Sometimes there are hotly contested claims about game performance, or degradation of certain types of hard drive. No matter your own opinion on these issues, if the game has something bundled in as DRM/anti-tamper, you’re stuck with it. Unless the developer relents and you don’t intend to sail the piracy high-seas, it’s a case of learning to live with the additions.

What happens when the additions fall over?

DRM additions to games have been in the news recently. Roughly 50 games broke on the new Alder Lake CPUs due to Denuvo tech not being compatible. The software saw two types of cores running and assumed they were from different PCs instead of the same processor. At this point the game would exit or crash out because the protection software thought someone was trying to run the game on two PCs sharing the same game key.

This is most definitely not optimal, and can only be addressed by workarounds and/or official patches, all of which takes time. However, things can definitely get worse.

When things get worse

There were multiple reports of games suddenly breaking, or not being bootable on Sunday. The key factor between all the titles affected was that they used some form of Denuvo. For example, Back 4 Blood uses the anti-tamper system. So what happened to these games?

Well, it definitely wasn’t hackers or some form of shenanigans.

DRM or anti-tamper systems will usually validate the install of a game on a PC the first time it runs. It may also do something similar anytime the game or the operating system updates, or you install the game onto another PC. Some games will only allow you to install on a handful of systems simultaneously. They may go down a different route and grant you a certain number of installs. Once you use them all up, you might have to contact the game developer for a new batch of installs, or re authenticate your account.

Why did so many games apparently break at the weekend? Fingers are pointing at a domain registration snafu. It seems as though a URL used for some form of authentication wasn’t renewed. It likely entered a form of grace period and then once it passed, everything stopped functioning as expected.

While this state of affairs existed, many games simply wouldn’t work anymore. It didn’t matter if the games in question were single or multiplayer titles. The domain in question has now been updated and games are working again, so that's good news. Those of a nervous disposition may wish to pretend the new expiration date has been set years in advance, instead of 2022.

What could possibly go wrong...