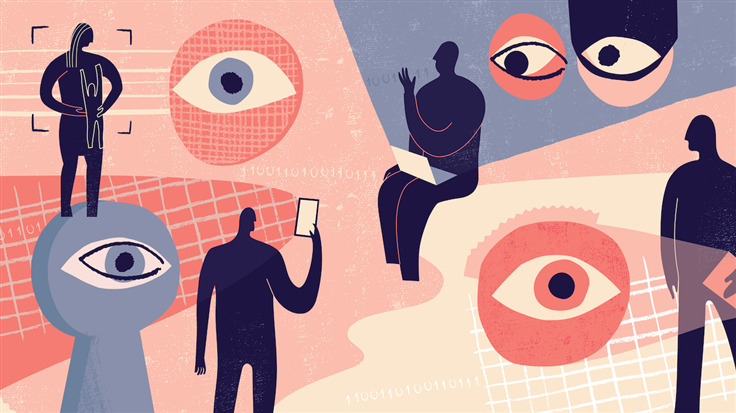 The fight for data privacy must be won in the middle.

No declaration, no call to arms, will sway the worst offenders. No public swell, no great big hack, has changed how money gets made.

Corporations will continue to reap our data, package it into ad-friendly profiles, and, for a price, deliver the right ads to the right users as determined by the right algorithms of the moment, because that is the formula for profit. And if a few privacy fiascos happen along the way? Well, pay the government-mandated fee, introduce a couple new controls, and, most importantly, march onwards.

This is where you, the people, come in.

Every single Data Privacy Day, companies, organizations, and privacy rights advocates make their best case for why everyday people should care about privacy. “It’s a human right,” we say, forgetting that one international charter does not hold sway on most of the human population. “It’s threatened every day,” we say, forgetting that the most common privacy threats happen away from plain sight, difficult to see and to understand. Even when we offer well-intentioned privacy tips, we forget that privacy today has become management. It’s fiddling with settings. It's saying “No” on countless forms. It’s auditing and dumping old apps and clicking through the permissions on your current ones. It is, for many people today, inconvenient.

That’s why, for this year’s Data Privacy Day—which has been expanded into Data Privacy Week—we’re doing something different. We’re going to explain the most convenient advantages and benefits of privacy.

This isn’t about what you have to do to get some sense of privacy online. This is about what privacy gets you.

Today’s advertising landscape isn’t necessarily new, it’s simply hyper-charged beyond our wildest predictions. For decades, advertisers delivered their ads to the people they believed most likely to buy their products—investment managers advertising in the pages of The Wall Street Journal, joint pain medication companies airing daytime television commercials, when retirees are most likely to watch.

But in the early 2000s, the ability to grab user attention was revolutionized, as emerging tech companies began hoovering up entirely new types of user data that could be used to build “profiles” that advertisers could then select to buffet with ads. No longer did companies have to rely on a little bit of guesswork when sending their ads out based on zip codes or age ranges. Instead, companies like Facebook built new infrastructure for advertisers and marketers, selling access to users’ attention based on these newly collected data streams.

In 2021, the end-to-end encrypted messaging app Signal tried to reveal the invasive nature of Facebook’s advertising profiles by purchasing Instagram ads that would tell users exactly why they’d been selected, based on their characteristics, to receive the advertisement.

“You got this ad because you’re a newlywed pilates instructor and you’re cartoon crazy. This ad used your location to see you’re in La Jolla. You’re into parenting blogs and thinking about LGBTQ adoption,” read one of the ads, which, like all the others made by Signal, was banned by Facebook before ever being rolled out.

And at least when it comes to stopping third-party ad trackers, we have several solutions.

Browser plugins like Malwarebytes Browser Guard block third-party ad trackers (and, separately, malicious websites), which means your activity across the internet won’t be so easily stitched together into a user profile that advertisers can target with what they think you want to buy most. Privacy-forward browsers like Safari, Firefox, and Brave all block third-party ad trackers by default.

This means fewer ads following you around and fewer ads that remember your every search. (It also probably means fewer moments where you think your phone is listening to you.)

Now, it’s true that browser plugins and privacy-minded browsers won’t stop companies like Google and Facebook from collecting the information we seemingly volunteer—through our posts, our friend requests, our Google searches—but it’s important to remember that those same companies also relied on third party ad trackers for years to grow their own advertising operations.

A half-hour TV show, without commercials, doesn’t last a half-hour. The same idea is true when browsing online. Webpages cluttered with ads take longer to load, and webpages without ads—all other things being equal—will take less time to load.

And if you’ve got privacy on your side, you’ve got fewer ads to worry about.

Browser plug-ins that block ad-tracking (like Malwarebytes’ Browser Guard) can result in faster loading times for websites. To illustrate this, the web browser Brave offers a regular infographic on how much time the browser has saved for its users because of its pro-privacy experience.

We must remind you that advertisements are far from the only variable that affects loading times. Your personal connection speed, the website’s optimization, and the engine that drives the browser you’re using—which determines how a browser reads a website’s information and in what order that information will be loaded—all affect how long it takes for a website to load.

Your phone number is too easy to find. Want proof? Just look at the number of spam calls and robocalls that you likely encountered last year.

But spam callers don’t call you because they’re targeting you, specifically. They’re calling you because your phone number, which has been endlessly collected, shared, and sold, is just a few clicks away.

According to the call protection company First Orion, everyday actions, like applying for credit, donating to charity, or calling a 1-800 number, will likely result in your phone number being collected. Once that data is collected, separate, third-party companies work to tie that data to more information about the household behind the phone number, such as any addresses associated with it, any real names, and even info like estimated salaries. And those third-party companies have little problem selling these packages of data to whoever pays for it. Often, it’s their entire business model.

But what if the collection and sale of your data was only allowed with your explicit agreement? What if your privacy—not your data—was most valued? 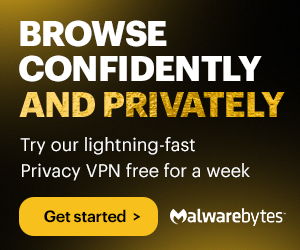 It’s not about “nothing to hide”

On June 24, 2022, the US Supreme Court overturned earlier decisions made in Roe v. Wade and Planned Parenthood v. Casey, which had, for decades, ensured national access to abortions. With the Court’s new decision, the issue of abortion—and its legality—was pushed onto the states, which could individually criminalize abortion itself, criminalize providing abortion services, and criminalize the act of supporting anyone seeking abortion.

Immediately, questions of legality and data privacy rushed to the forefront. As we discussed in our podcast Lock and Code at the time:

“Should Google be used to find abortion providers out of state? Can people write on Facebook or Instagram that they will pay for people to travel to their own states, where abortion is protected? Should people continue texting friends about their thoughts on abortion? Should they continue to use a period-tracking app? Should they switch to a different app that is now promising to technologically protect their data from legal requests? Should they clamp down on all their data? What should they do?”

The Supreme Court’s decision also sparked a flurry of activity from users of period-tracking apps who now had to worry about how their previously benign data might be used as evidence against them in an investigation into now-allegedly criminal behavior. The companies that make these apps responded to their users’ concerns, promising to either anonymize their users’ data, or encrypt it so that it would be useless if requested by law enforcement. At least one of those companies’ promises were over-inflated, one investigation found.

This unanswerable turmoil spat forth like a geyser, with little warning, upending everyday people’s lives for behaviors that were not illegal just 24 hours prior.

Privacy isn’t about having something to hide. It’s about not needing to hide yourself at all.