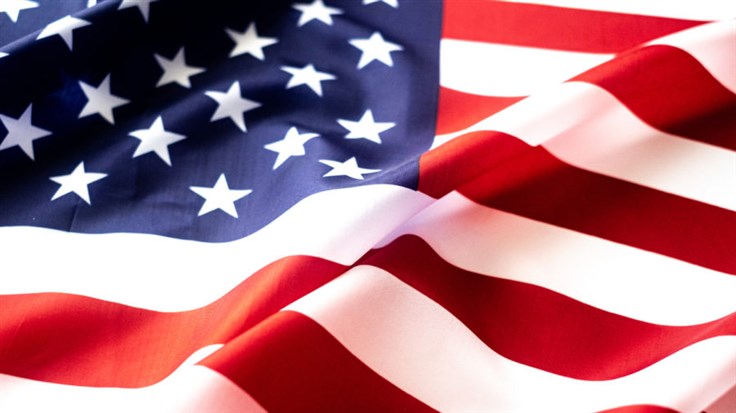 5 pro-freedom technologies that could change the Internet

To celebrate Independence Day we're drawing attention to five technologies that could improve life, liberty and the pursuit of happiness on the Internet.

In the digital era, freedom is inextricably linked to privacy. After a good start, the Internet-enabled, technological revolution we are living through has hit some bumps in the road. We have already lost a lot of control over who and what has access to our data, and there are further threats to our freedom on the horizon.

It doesn't have to be that way though, and it is not inevitable that the trend will continue. To celebrate Independence Day we want to draw your attention to five technologies that could improve life, liberty and the pursuit of happiness on the Internet.

DNS encryption plugs a gap that makes it easy to track the websites you visit.

The domain name system (DNS) is a distributed address book that lists domain names and their corresponding IP addresses. When you visit a website, your browser sends a request to a DNS resolver, which responds with the IP address of the domain you're visiting. The request is sent in plain text, which is the computer networking equivalent of yelling the names of all the websites you're visiting out loud.

Anyone, or anything, on the same local network as you can see your DNS lookups, as can your ISP, which will happily sell your browsing history to the highest bidder. And any machine-in-the-middle (MitM) attackers between you and the DNS resolver—such as rogue Wi-Fi access points—can also silently change your plain text DNS requests and use them to direct you to malicious websites.

DNS encryption restores your privacy by making it impossible for anything other than the DNS resolver to read and respond to your queries. You still have to trust the resolver you send your requests to, but the eavesdroppers are out in the cold.

DNS encryption is new, and still relatively rare, but it is supported natively by modern versions of Windows, macOS, Android, and iOS, as well as a number of different DNS clients, proxies and applications, including the DNS Filtering module for the Malwarebytes Nebula platform. It's ascendancy seems assured.

Passwordless authentication could usher in a world where we no longer rely on passwords, and that could be an enormous, unabashed win for security and peace of mind. The trouble is, that has been true for a very long time indeed, and it hasn't happened yet.

There is reason to hope that things are finally about change though.

Passwords are a great idea in theory that fail horribly in practice. Humans are poorly equipped to create and remember them, and demonstrably poor at building systems that handle them securely. And yet almost every Internet account requires one. The inevitable result is an epidemic of poor passwords and an entire criminal industry preying on them with relentless automated attacks.

For a long time, the successor to the password was widely presumed to be some form of biometric authentication—such as face or fingerprint recognition—but nobody could agree which one. With multiple novel, competing, costly, and incompatible alternatives, passwords remained the clear winner.

The solution to that gridlock was FIDO2.

FIDO2 is a specification that uses public key encryption for authentication. This allows users to log in to websites without sharing a secret that needs to be secured like a password. There is nothing for a programmer to secure, nothing for an attacker to guess, and nothing that can be stolen in a data breach.

The sensitive encrpytion work all happens on a device owned by the user, which can be a specialist hardware key, a phone, a laptop, or any other compatible device. FIDO2 doesn't specify what the device is, or how it should be secured, only that a user must make a "gesture" to approve the authentication. This leaves device manufacturers free to use whatever "gesture" works best for them: PIN numbers, swipe patterns, and any and all forms of biometrics. The end result is a technology that allows you to log in to a website securely using Windows Hello, Apple's Touch ID, and any number of other methods that exist now or could be created in the future.

Passwordless authentication is possible today but still extremely rare. However, it took a big step forward in May this year when Google, Microsoft, and Apple made simultaneous, coordinated pledges to increase their adoption of the FIDO2 standard.

Onion networking, the technology behind Tor and the "dark web", has been around for twenty years, so it might seem an odd candidate for an emerging technology that could change everything—but what if that's just because we've been thinking about it the wrong way?

Tor is a network of servers that allows software clients (like web browsers) and services (like websites) to communicate securely and anonymously. Although the software is extremely good at what it does, today it services a narrow niche of users who put privacy and security above all, and it has become strongly associated with ransomware, illegal drug markets, and other forms of unsavoury criminal activity.

According to security evangelist Alec Muffett, we are overlooking a very important aspect of this technology though. Muffett was previously a security engineer at Facebook, where he was responsible for putting the social network on Tor. Speaking to David Ruiz on a recent Malwarebytes Lock and Code podcast, he explained how he sees Tor as "a brand new networking stack for the Internet" that can "guarantee integrity, and privacy, and unblockability of communication."

Every Tor address is also the cryptographic public key of the service you want to talk to. For example, the Facebook address is:

Having the public key act as the address provides cryptographic assurance that you are talking to the service you want to talk to, bypassing several layers of the OSI model, and cutting out fundamental Internet vulnerabilities, such as BGP hijacking.

We should stop thinking about Tor as just an anonymity tool, says Muffet. It should be attractive to anyone who cares about the integrity of their brand and what it has to say:

If you are in the position of providing a forum, a messenger service, or news to a mass public ... where your brand name is a really important part of your value proposition, then onion networking is for you, because you can make sure that no one can mess with your traffic.

Although mainstream organizations like The New York Times, Pro Publica, Facebook, and Twitter have already embraced Tor, having a .onion site is still very much the exception. In all likelihood, it will take something quite dramatic to change that, but that doesn't mean it can't happen.

In 2013, Edward Snowden's revelations about pervasive Internet surveillance triggered a huge gobal effort to make encrypted web traffic the norm, rather than the exception.

A similar stimulus today could tip onion networking from its niche into the mainstream.

People may be surprised to see cryptocurrencies appearing in our list. If cryptotrading sites are naming stadia and buying superbowl ads then cryptocurrencies are already mainstream and hardly a technology for the future, surely.

Its presence near the bottom of our list tells you that isn't how we see it.

Cryptocurrencies face a number of cyclone-force headwinds, starting with the current, across-the-board, price crash. The market cap of the biggest currencies, Bitcoin and Ether, is shrinking fast, and some cryptocurrencies have already disappeared completely; the free flow of venture capital money is likely to dry up; there are issues with scalability, scams, rug pulls, thefts from exchanges, and environmental damage; and the pseudo-anonymity blockchains provide is challenged by our ever-improving capacity to identify patterns in payments.

More importantly, from the perspective of life, liberty, and the pursuit of happiness, almost nobody is using these currencies as actual currencies—nobody is paid in Bitcoin, and nobody is using Ether to buy groceries. Remember, Bitcoin was supposed to be a peer-to-peer electronic cash system not a vehicle for speculative trading.

So why is it on our list at all?

For all the reasons to dislike them or write them off, cryptocurrencies are hard to ignore. At its core, the original cryptocurrency, Bitcoin, was supposed to be a trustless, borderless payment system that was built on top of the Internet.

What is needed is an electronic payment system based on cryptographic proof instead of trust, allowing any two willing parties to transact directly with each other without the need for a trusted third party.

That desire for freedom propelled Bitcoin it in its early days, and the attractiveness of a private, peer-to-peer currency is undimmed, even if nobody has managed to actually build one that works yet.

The current crash will pass and the strongest ideas and technology will survive. We suspect that Satoshi's original vision will be one of them, even if Bitcoin isn't.

The cornerstone of digital privacy, security, and freedom is encryption, and the last item in our list is one of its holy grails: Encryption that never needs to be undone.

Encryption protects your data if your phone is stolen, and it makes your emails, credit card details, and WhatsApp messages tamper proof as they whizz around the Internet. And it's what underpins all of the other things in our list.

And all of the examples above have something in common: They are either examples of encryption that's used to protect data at rest, or data that's in transit. Moving or storing data only gets you so far though, sooner or later it has to be used. It can't be used unless it's decrypted, and you need to trust whatever system has access to that decrypted data.

Homomorphic encryption algorithms allow mathematical operations to be performed on encrypted data, so that it doesn't need to be decrypted at all, ever, even when it's being used.

If you had access to homomorphic encryption you wouldn't have to trust anyone you share your data with, whether they are the vendors in your organization's supply chain, or your favorite, data-hungry social network.

Almost unbelievably, homomorphic encryption algorithms already exist. The reason you don't have access to their almost magical properties though is that they are prohibitively slow. It currently takes days for them to perform actions that we expect to take seconds.

Although slow, these algorithms are already millions of times quicker than they were just a few years ago. And while that rate of improvement will surely decelerate, the processing power of computers is still doubling every few years.

At some point in the not-too-distant future, when these two trends meet, it could change how we think about trust and freedom in the digital age completely.