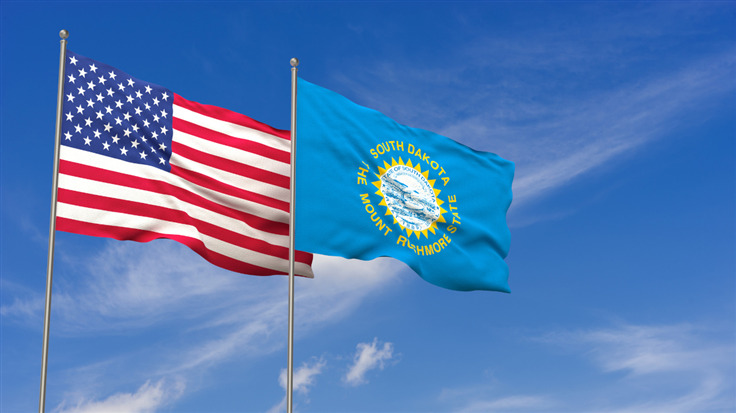 Governor Kristi Noem believes that allowing TikTok on state-owned devices is "contrary to the interest of the State of South Dakota."

South Dakota is the first US state (and so far as we know, the first region anywhere) to officially ban the top-rated and fast-rising social media app TikTok on state-owned or state-leased smartphones, laptops, and other internet-enabled devices. This will affect people working for the state government and contractors.

Effective immediately, we are banning TikTok for state government in South Dakota. States across America should follow suit.

We will play no part in allowing China to continue to gain intel and influence in our state. pic.twitter.com/YtguHSUIER

Gizmodo reported that South Dakota Governor Kristi Noem signed Executive Order 2022-10 on Tuesday, November 29, 2022, after mounting fears of the app being a threat to national security. Per the order, Noem is "maintaining the cybersecurity of the South Dakota state government" by banning the app, which also says that allowing it on state-owned devices is "contrary to the interest of the State of South Dakota."

"ByteDance may gain control of crucial user information stored on mobile devices through TikTok's broad data collection policies, including internet browsing data, keystrokes, and location information, and FBI Director Christopher Wray warned these practices may be used to influence Americans or control or compromise software on millions of devices," a section from the order reads.

"Several government entities, including the United States Military and the Transportation Security Administration, have banned downloading or using the TikTok application or visiting the TikTok website on government-issued devices; Federal Communications Commission officials and a bipartisan coalition of United States Senators support a complete ban on TikTok due to its unique national security risks."

In recent years, TikTok has been the subject of criticism and lawsuits citing privacy and data theft issues. But spokespersons for the company continue to either deny or downplay its relationship with the Chinese government. In 2020, the Trump administration threatened to ban it in the USA, unless parent company ByteDance sold or spun off its US TikTok business. The ban was met with legal challenges by ByteDance and didn't take effect, eventually being dropped by the Biden administration in favor of an investigation by the Secretary of Commerce into whether or not the app was a national security threat. On June 17, 2022, TikTok announced that "100% of US user traffic is being routed to Oracle Cloud Infrastructure" in the US, with backups stored in the US and Singapore.