A bot, also known as a zombie, automatically performs a task or set of tasks usually under the command and control of a remote administrator, or what is known as a bot master.

Social media bots have been used by spammers/scammers on social media sites as a method of pushing their spam/scam to numerous accounts. They do so by increasing the number of followers on their bot accounts, increasing likes/views, and also as a method to mass distribute malicious content.

When we think about bots, usually botnets and Denial of Service attacks come to mind. But bots are also being used by scammers, political regimes, marketers, and even celebrities via social media sites like Twitter, which averages over 200 million users.

More recently, the Hammertoss malware is known to leverage many common malware tactics to obfuscate the malware's activity, which include obtaining commands from social media networks like Twitter, also automatically visiting different Twitter handles on a schedule. Furthermore, Hammertoss has hundreds of Twitter accounts it communicates with, which can be an indicator of bot activity on these accounts.

There’s also the infamous Twitter bot, which is used to create automated posts and automatically follow users on Twitter. Twitterbots have been used for spam, for luring of clicks on promotional links, and for automatically retweeting in response key word/phrase tweets.

Twitter bots have been suspected of being used to promote presidential campaigns in Mexico and Russia. In both instances, Twitter accounts were used to send out mass tweets in support of specific political candidates.

Unpatched systems, software vulnerabilities, zero-day vulnerabilities, weak or lack of passwords, malicious websites, social engineering techniques, and weak security practices are avenues of infection. Social media bots can be purchased or created by scammers. Scammers then conduct user reconnaissance to select a specific target criteria for their campaign, such as software developers, activists, employees of an organization they are targeting, and ensure targets are active and human through further reconnaissance. Threat actors then use bots for mass distribution of their attack, using different strategies and tactics, such as sending/tweeting malicious shortened URLs > sent to a malicious site > download of malicious content.

There are a number of programs that can be considered Social Media Bots. Some well-known programs include Instagram Mega Bot, MonsterSocial, and Senuke.

Due to the fact that Social Media Bots are not an infection, and pose little danger in-and-of themselves, there are no remediation tactics available. Users are simply advised to not click links if not 100% sure of the origin of the content or the final destination of the URL.

Users may face various risks if the attempted deception of the Social Media Bot content is successful. The risks range from none to great depending on the complexity and the intent of the person behind the campaign.

Avoid clicking links or generating false beliefs from content located on public spaces. Verify the authenticity of the person responsible for generating the content, and confirm the accuracy of information posted before providing information or engaging in practices which may endanger financial resources. Never click links from unknown persons and never install software at the recommendation of unknown persons.

MonsterSocial sells Facebook, Instagram, Tumblr, Pinterest, and Twitter bots. MonsterSocial boasts to scammers that they can use their product for “guiding traffic from social networks to wherever you want. Hint: PPV, PPC and PPD services!”

“I’m making 300 USD a day by spreading my PPD links with the Facebook module!”

AutoTWBot includes a mix of automated and mass Twitter features, such as: 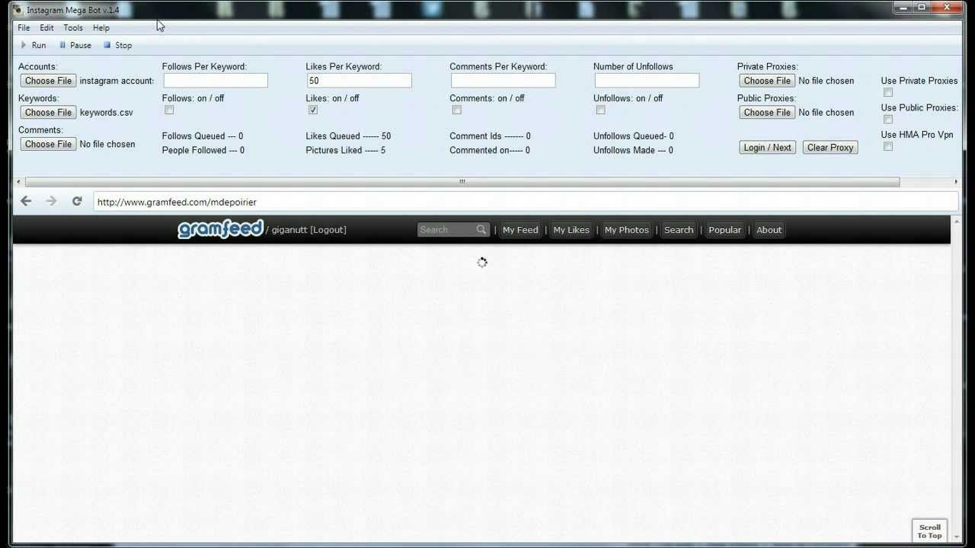 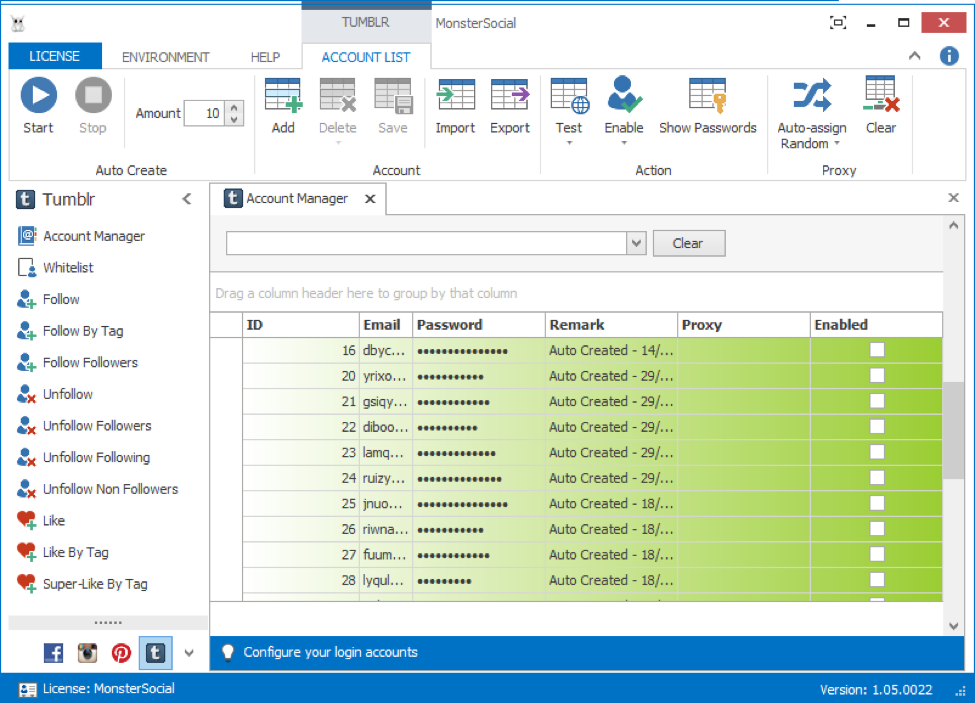 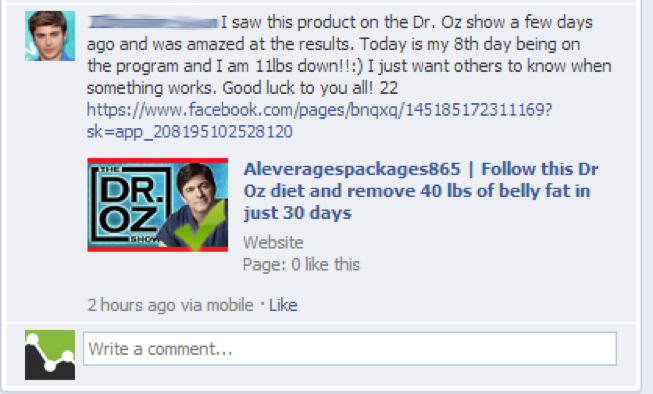 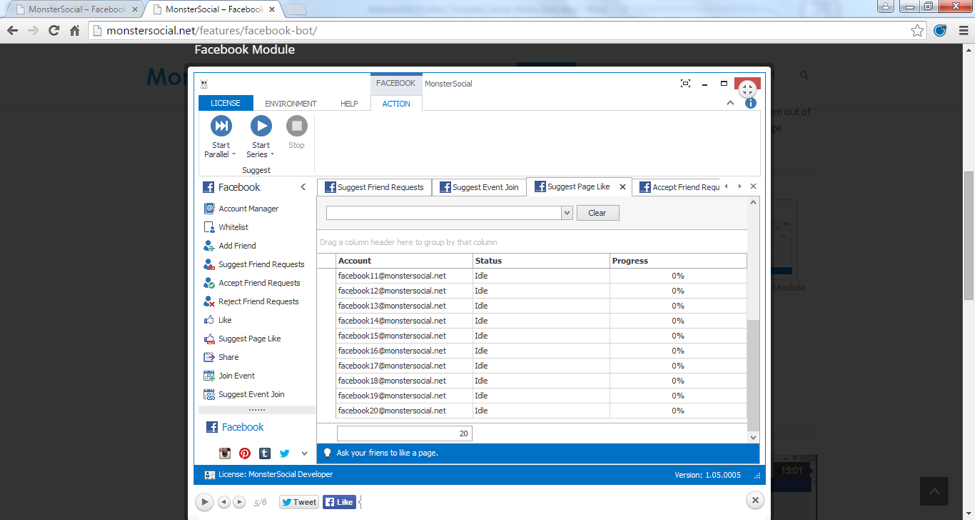 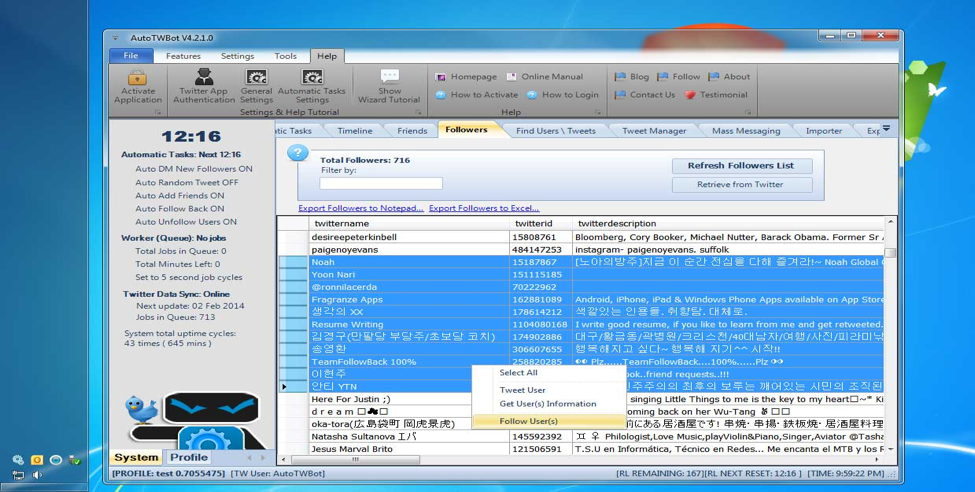