Toolbars are software extensions that are visible in the GUI of the host program. In the case of PUPs, the host program is usually a browser. The visible part of the toolbar can vary from one extra button added to the browsers own taskbar, to the bar over the full width at the top of the browser window.

Originally toolbars were called ribbons, but that name is now used exclusively for tabbed toolbars. The first toolbars (then called ribbons) were introduced to the large public in the beginning of the 1990s in software suites like Word and Wordstar. In the early 2000s, third-party toolbars started to show up that were classified as spyware and adware. Among these first reports you can find BonziBuddy and iWon.com. BonziBuddy went out of business in 2005, but iWon.com lives on through mergers and acquisitions as part of the IAC Company, who also own brands like Ask and Mindspark.

Toolbars are usually installed by the users, whether that is knowingly or not. Often, the PUPs are offered as advertisement-supported extensions or bundled with other software, leaving the user puzzled where they came from. The most well-known example is the Ask toolbar that was bundled with Java updates, where users had to opt out during the installation of the updates.

Many families of PUPs use toolbars. Some examples are Mindspark/Ask, Crossrider, Delta/Conduit, MyWebSearch/Funweb, and Babylon.

Many toolbars can simply be removed by using the built-in uninstaller. Other firms offer elaborate instructions on their sites. Although this usually removes the software itself, there are often more actions needed to undo the changes that came with the installation of the toolbar like changed search-scopes, start-pages, and other browser settings.

Wrong or incomplete removal of toolbars can potentially lead to deformed toolbars being left behind and unstable browsers. If the toolbar belonged to a spyware application, it could be necessary to change online passwords after the removal has been completed.

Do not click through during installs without reading. You might be agreeing to bundled software. Using the express install option will unsurprisingly render the same result. Gather information about toolbars offering the functionality you desire, because you may get more then you hoped for. Take a close look at the EULA and/or the privacy policy of the software you wish to install. 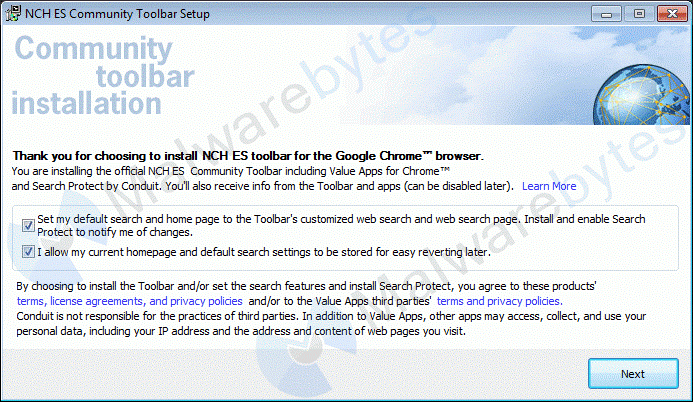 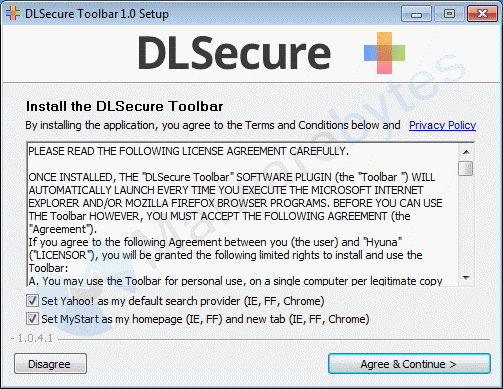