Heap spraying is a technique wherein code is written in various places in the heap (memory allocated for the use of programs) for malicious software to refer to at a later date, giving exploits a higher chance of success. Malwarebytes' Anti-HeapSprayEnforcement technique protects certain sensitive parts of the memory from being abused in this way.

Malwarebytes protects your system(s) with Anti-HeapSprayEnforcement. 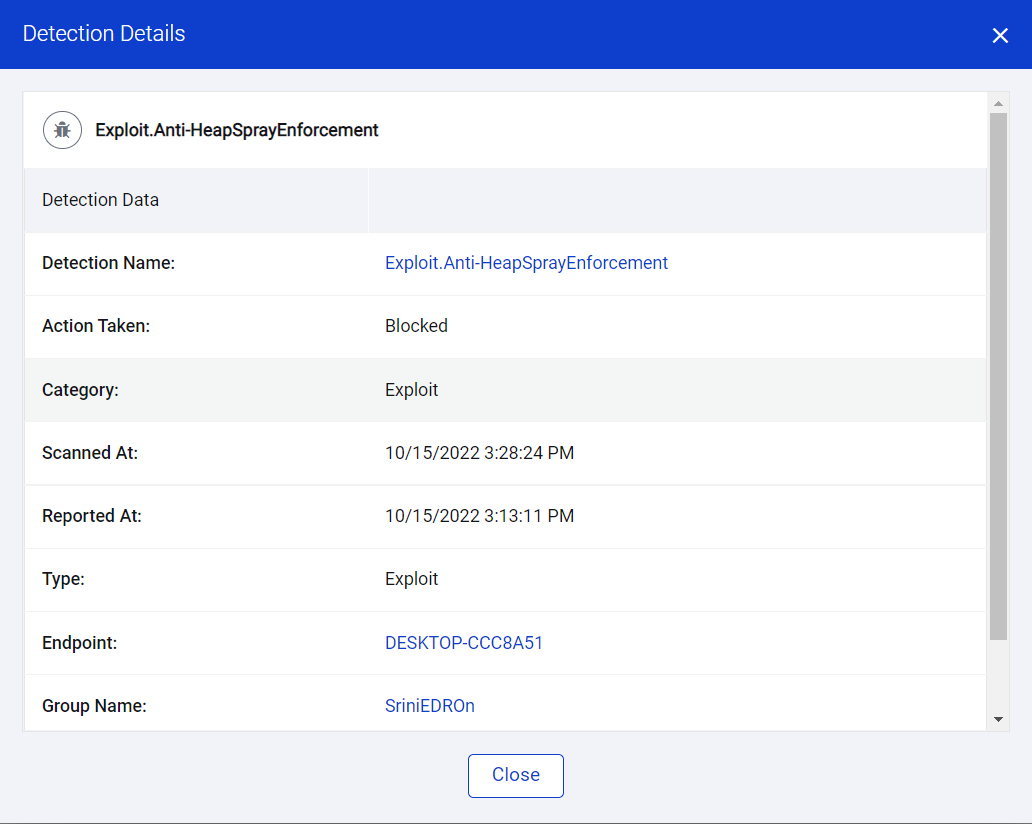