The SEA was at it again on Monday when they attempted to gain sympathy from members of the U.S. Marine Corps. How did they do it? By hacking of course!

The SEA was at it again on Monday when they attempted to gain sympathy from members of the U.S. Marine Corps. How did they do it? By hacking of course! An article posted on CSO this morning, by Steve Ragan, explains how the SEA were able to redirect traffic going to Marines.com to a propaganda site, asking Marines to not fight against their "Syrian Brothers."

The redirection was not a result of any compromise to Marines.com servers and was fixed within a few hours. A running theory however, based on previously observed SEA attacks, was that records belonging to DNS servers and/or domain registrars responsible for Marines.com were to modified to send false location information to users attempting to access Marines.com. 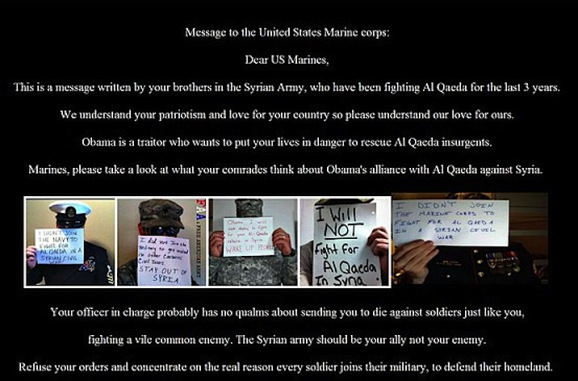 The guy on the left isn't even dressed as a Marine, that's a Navy uniform!

The result being that anyone attempting to visit Marines.com via the domain name would be redirected to the propaganda server.

Now, I am sure that many of our readers have been hearing a lot about DNS, redirection, domain registries and the like for some time and are probably uncertain what those things are, how they are used for the SEA's purposes and whether or not it was the lack of security for individual web servers that caused these problems?

I want to take this opportunity to explain how this all works, I will do my best to keep it simple and understandable.

First things first, when you consider URLs like "google.com" or "malwarebytes.org" in terms of the internal working of the internet, those terms mean little to nothing, they are just names, like John or Steve. The true identifiers for web servers are known as IP addresses.  A unique number with four separate sections that help your system know how to contact a web server. Here is what an IP address looks like: 10.20.185.243.  So when you type a URL into your web browser, how do you end up where you want to go, considering that URLs mean nothing on the large scale and you don't know the IP address of the server?

Well that is where Domain Name System, or DNS, comes into play. It helps systems by taking the input of a domain name, like Malwarebytes.org, and translating that into an IP address, sending that information back to your system, allowing you to visit the requested web server. Think of it as a phone book for the internet. 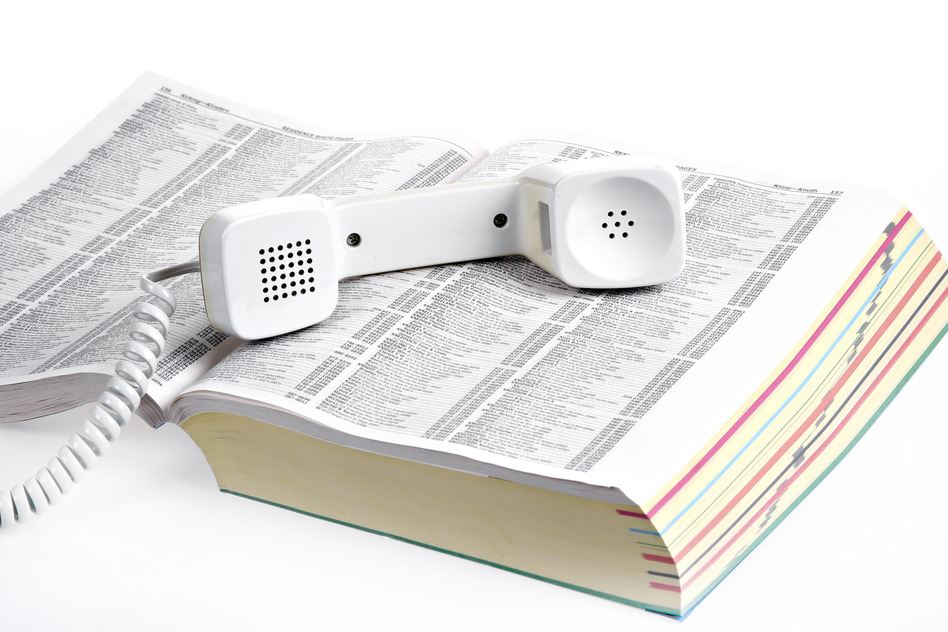 When you would need to contact a certain person, you look up their name and find out what their number "or numbers" were so you could call them. DNS works the same in that you need to find out the number of a website so you reference the DNS server and find out the IP.

Unlike phone books however, every person does not have their own personal DNS server, usually there are a couple for a geographical area that multiple Internet Service providers (ISP) share to help their customers reach the websites they want to go to. DNS servers are populated with domain names and IP addresses obtained from what we call Domain Registrars.

Here is an analogy: Now as far as attackers trying to redirect traffic to websites, we can put that into this same analogy: So in conclusion, what might appear as a compromise of a web server from the outside looking in, might in reality not have anything to do with the web server itself other than someone modified how people contact said server. Making it a very effective method to redirect users to page that spread propaganda, steal user credentials or even exploit the users browser and install malware.

The SEA have been able to compromise DNS servers and Domain Registrars by using long-term and targeted Spear Phishing attacks to obtain user accounts and modify the records of sites like Twitter.com or The New York Times.

Unfortunately, many of these DNS problems cannot be solved by individual users, save changing which DNS servers you are pointing to, and have to be left in the hands of those in charge of these systems.