With the news of features and fixes for Apple's new iOS7, it’s easy for us to feel secure and let our guard down when using an iDevice. Well, not so fast. 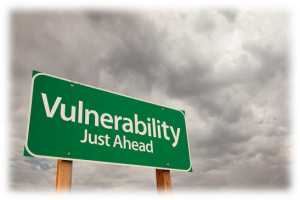 Software are complex, having so many layers and hands involved in its creation. The bigger it becomes the more likely it is to have bugs and some potentially ugly ones at that.

No matter how much money, people or fans you throw at a software project, bugs will always creep up. Developers just hope to shake out as many as possible before release.

Apple released iOS 7 with the launch of new iPhones came with the usual excitement and fanfare. iOS 7 comes with new security features and lots of updates.

Heralded for their security enhancements and features, Apple was quick to send out fixes for the reportedly 80 security holes patch in iOS 7, including passcode holes and kernel fixes.

With the news of features and fixes it’s easy for us to feel secure and let our guard down when using an iDevice.

Well, not so fast.

It appears Apple is having its share of new security bugs.

Since its release, Apple is having to fix a few publicly known bugs in iOS 7 with the Lock Screen and iMessage.

iPhone release day has always been a favorite of hackers because it begins the race to see who can make the first Jailbreak available.

This time around, it was a race to see how fast TouchID, the iOS fingerprint reader, can be hacked. Well, it took a mere two days.

With the help of a bounty encouraging a way to bypass TouchID, the hack a group Chaos Computer Club was the first to claim doing so.

Their hack involved using a high-resolution fingerprint picture and a printer, you can read about the hack here. 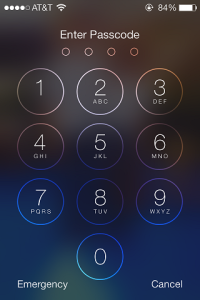 Less than a day after iOS 7 was available, the lockscreen was hacked and exposed user’s photos, email and other apps.

Since the first report of the lockscreen bypassed a coupled others were reported.

To Apple’s credit they were quick to push out updates to fix these issues.

Unfortunately, there are new issues. iOS 7 is up to 7.02 and new lockscreen issues have arisen and the iMessage app is broken.

Not exactly the release they were hoping for.

I think Apple is doing the right thing, acknowledging these bugs and fixing as fast as they can, in the works are v7.03 and reportedly a bigger update, v7.1, coming soon.

If you’re bored one day see if you can bypass your own lockscreen, just think outside the box—you might uncover a new bug.